By Camilla M. Mann September 28, 2016
This sponsored post is written by me in conjunction with the The Book Club Cookbook
for the second installment of their new food blogger party feature. All opinions are my own. 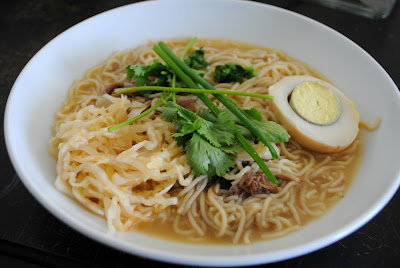 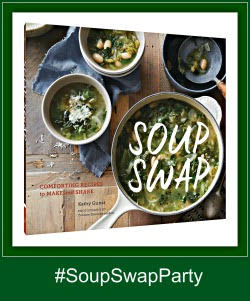 I actually hadn't planned on posting a second #SoupSwapParty recipe, but after a disappointing ramen dinner at a new local restaurant - armed with Gunst's new cookbook - I headed into the kitchen to whip up her Short Rib Ramen. I write "whip up" but my homemade beef stock took two days to make. It was a process. But it was so delicious that I currently have more bones simmering in stock for a take-two. 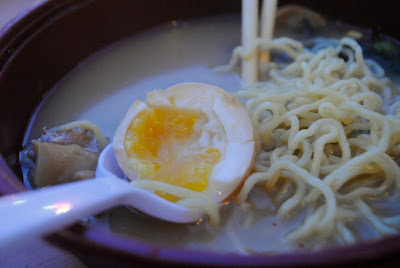 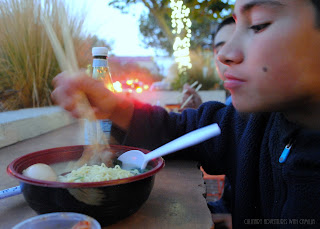 I was so excited to hear about a new ramen joint downtown. We love ramen - real ramen, not the instant kind.

While I try not to comment on restaurants that are less than a week old because I understand about opening stress and growing pains, when I feel that a business is not doing right by its customers, I won't go back.

Case in point: it was fairly early on a Friday and they were already sold out of things. Instead of serving their usual dishes in usual portions, selling out, and closing early, they opted to skimp on their ingredients while charging the same price. I went from disappointed to annoyed really quickly. And, as I said, we won't go back.

I'm a little saddened by the experience because I wanted to love them. But, at least, I have a delicious ramen in my culinary wheelhouse.

You can read my thoughts about Soup Swap by Kathy Gunst in my post: Corn and Sweet Potato Chowder with Saffron Cream & Sharing Meals. Just know that if you are looking for inspiration for upcoming soup season, this is it. 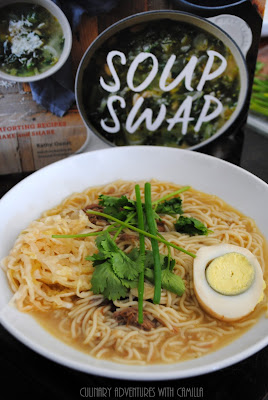 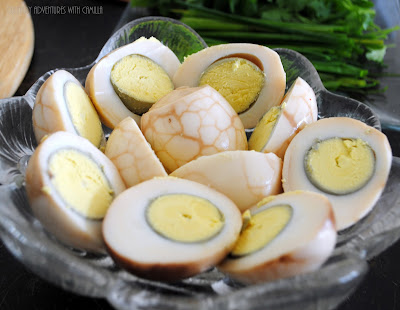 Procedure
Make the eggs the day before serving!

For the marbled soy eggs
Place the eggs in a pot with the water, making sure that there is at least an inch of water over the eggs. Bring the water to a rolling boil. Remove from heat and let the eggs stand in the hot water for 15 - 20 minutes. Run the under cold water to cool. Reserve 1 C of the cooking water in the pan.

Tap the boiled eggs to make a series of cracks all over the eggshells. Try to keep the shells intact. But if some pieces happen to flake off, don't worry.

Add the remaining ingredients to the pan with the water. Bring back to a boil. Add the eggs. If there's not enough liquid to submerge them, add more water. Simmer for 2 hours. 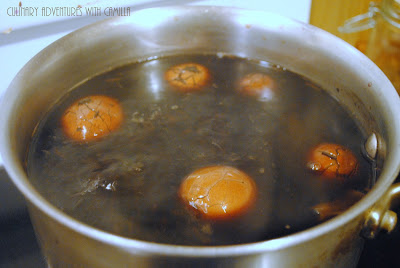 Turn off the heat and let the eggs cool in their liquid. 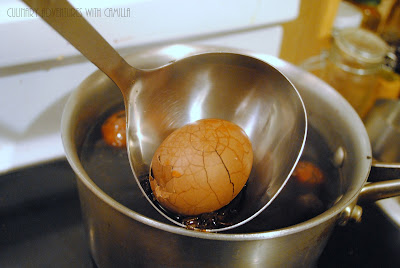 For the ramen
In a large souppot, combine the stock, ginger, and cilantro. Bring to a simmer and simmer for 10 minutes. Spoon the meat into the broth and simmer till heated through.

In another pot, bring water to a boil for cooking the noodles. Add a splash of oil and cook the noodles according to the package directions. Drain and portion the noodles into individual serving bowls.

Divide the broth evenly, pouring it over the noodles. Top each serving with kimchi, if using, herbs, and halved tea eggs. 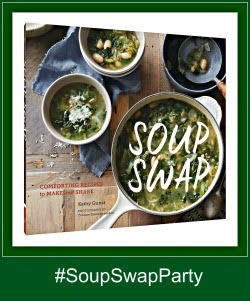 *Disclosure: I did receive a complimentary, advance reading copy of Soup Swap by Kathy Gunst for my participation in the #SoupSwapParty as well as complimentary items from event sponsors Chef's Choice and Zeroll. Opinions are my own. I received no further compensation for this post.