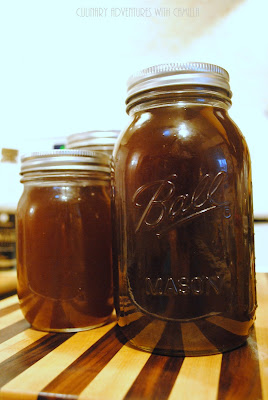 When a friend of mine from elementary school asked if anyone were willing to make her a batch of magical mineral broth, I thought to myself, "Now that sounds like a culinary adventure!" But I had no idea what she meant. 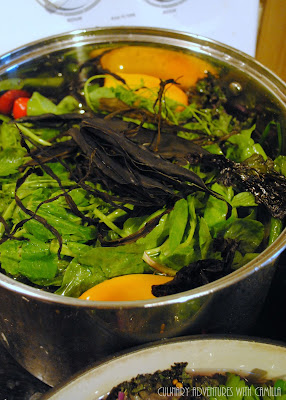 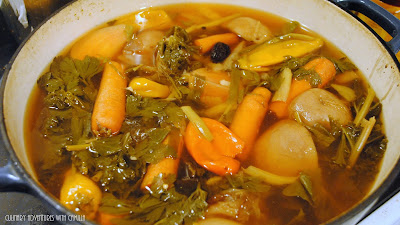 So, I decided to give it a go. And one of our mutual friends, who owns Serendipity Farms in Carmel Valley, gave me a bunch of veggies to  add to the pot. But, I didn't end up with the ingredients listed in the recipes, so I decided to wing it, using vegetables from Jamie as well as ones I had in the bin from my CSA. 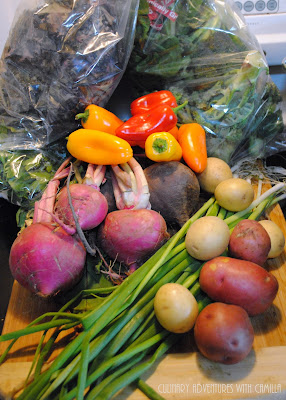 One note: it's crucial that everything you use is organic! You don't want to spend all the time and money on vegetables to make a broth laden with pesticides. That would defeat the purpose of creating this healing elixir. Makes sense, right? 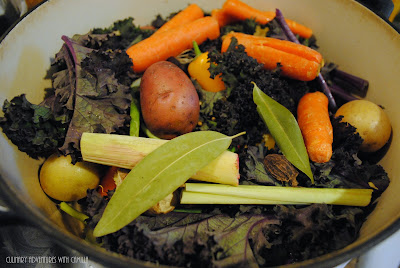 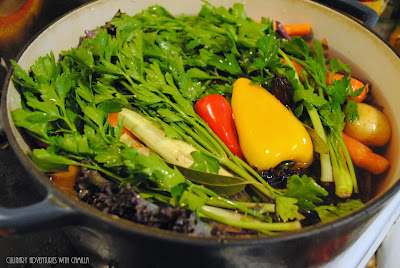 Like fine wine, this broth gets better with age. A longer simmer will increase the broth’s flavor and nutrient density. So, I did a 24-hour broth. 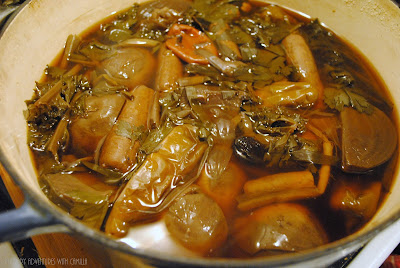 Strain the broth through a mesh sieve and let cool to room temperature before refrigerating or freezing. Once the broth was cooled, I poured it into sterile jars. 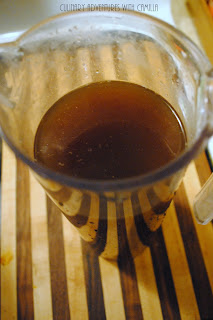 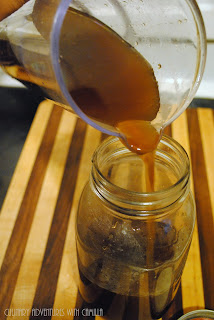 To serve, heat the broth and add salt and lemon juice to taste. Or use this mineral-rich broth as the base of a tasty soup. 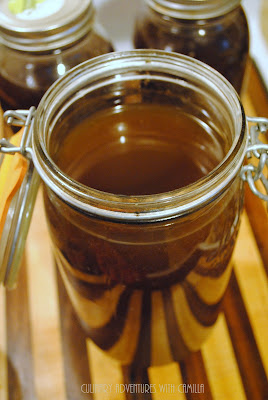