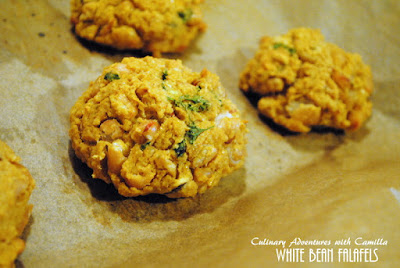 About a year ago, my Enthusiastic Kitchen Elf developed an allergy to garbanzo beans. It's more accurate to say a sensitivity, I think. But ever since he ate those Fresh Garbanzo Beans, he gets an upset tummy from eating any garbanzo beans. So he requested two kitchen projects this summer: (1) make hummus without garbanzos and (2) make falafel without garbanzos.

These were a first attempt. I have say: they smelled great, but they weren't as flavorful as they smelled. 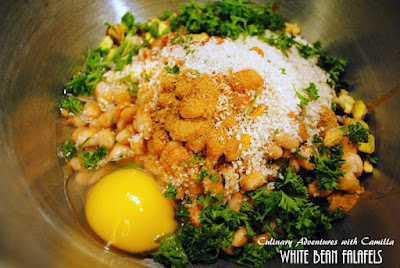 He was grateful for the effort and asked when I planned to try again. I won't post this (failed) recipe, but will keep working on it.

If you have a recipe you'd be willing to share, I'm all ears. The only two requirements - must not include garbanzo beans or garbanzo flour and must be baked not fried. Thanks in advance! 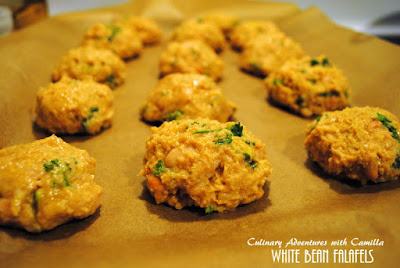