This past weekend, Jake and I headed to downtown Carmel for the 23rd annual Winemakers' Celebration, hosted by the Monterey County Vintners and Growers Association. I will write about that experience, but I wanted to dedicate an entire post to the porchetta that La Balena served because there's something magical, something marvelous about a whole roasted pig, isn't there?!

I remember wandering through the streets of Florence on a rainy December afternoon. I could smell something wonderful. And, peeking down a side street, I spotted a small line snaking from a doorway. There was no sign, but I asked what was inside. "Porchetta, Bella," someone answered. So, I stood in line. There was no menu. There were no choices.

You simply had to tell them how many you wanted. When I reached the front of the line, the man behind the counter barked, "Quanti?" How many?

I walked away with a glass of red wine in one hand and the most fragrant, and tender pork sliced on a piece of crusty bread in the other. It was burned into my memory as one of the most delicious things I've ever eaten. Ever.

So, when I spotted this on Saturday... 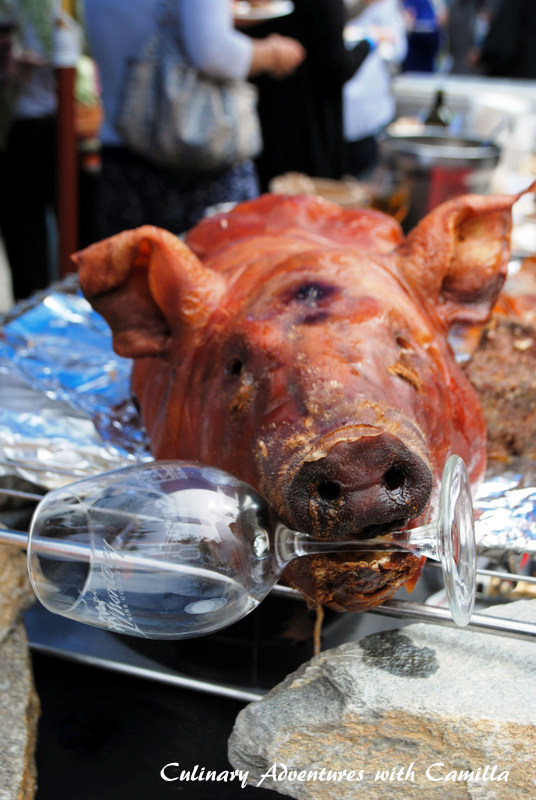 I grabbed Jake's arm and guided him to the line. He looked up to see Chef Brad Briske and Emanuele Bartolini, La Balena's owner, at the table and didn't argue about having to wait. We both hate waiting in lines. But, this was worth waiting for. Twice! While I was talking to Emanuele, Jake got back in line for another bite.

Brad heaped the tender pork on top of a slice of crusty bread and drizzled it with a little sauce. 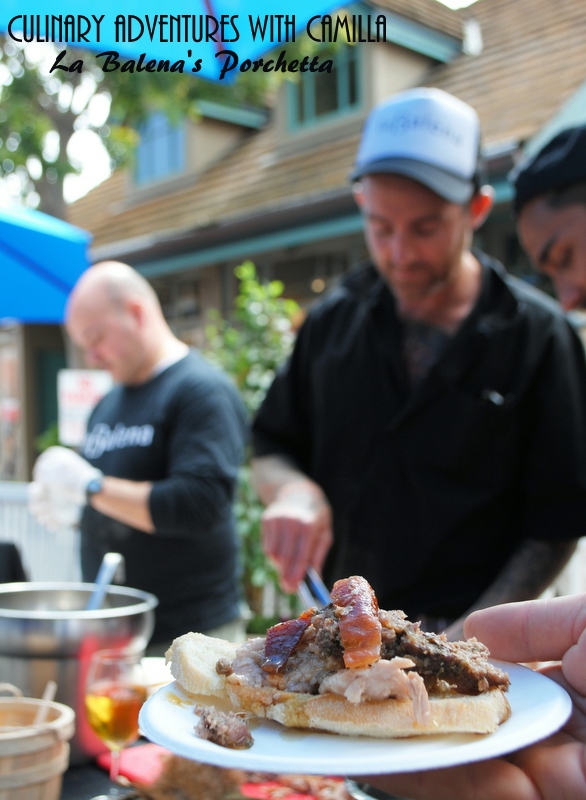 Emanuele sprinkled it with some large flake salt. 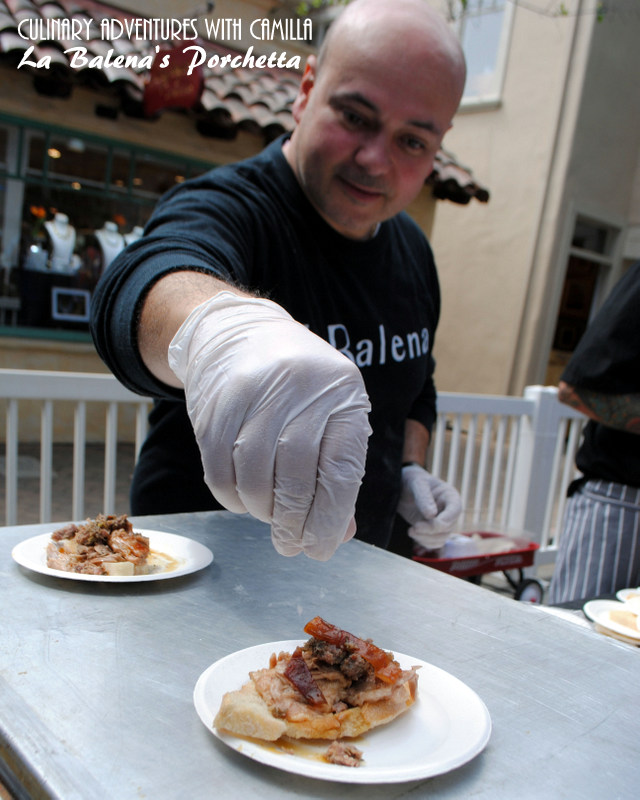 That was it. It's simple and marvelous. It was also a little magical. If I closed my eyes, tuned out the din of English around me, I was transported back to Italy. Che meraviglia!