Real Cinnamon {Spice It Up!} 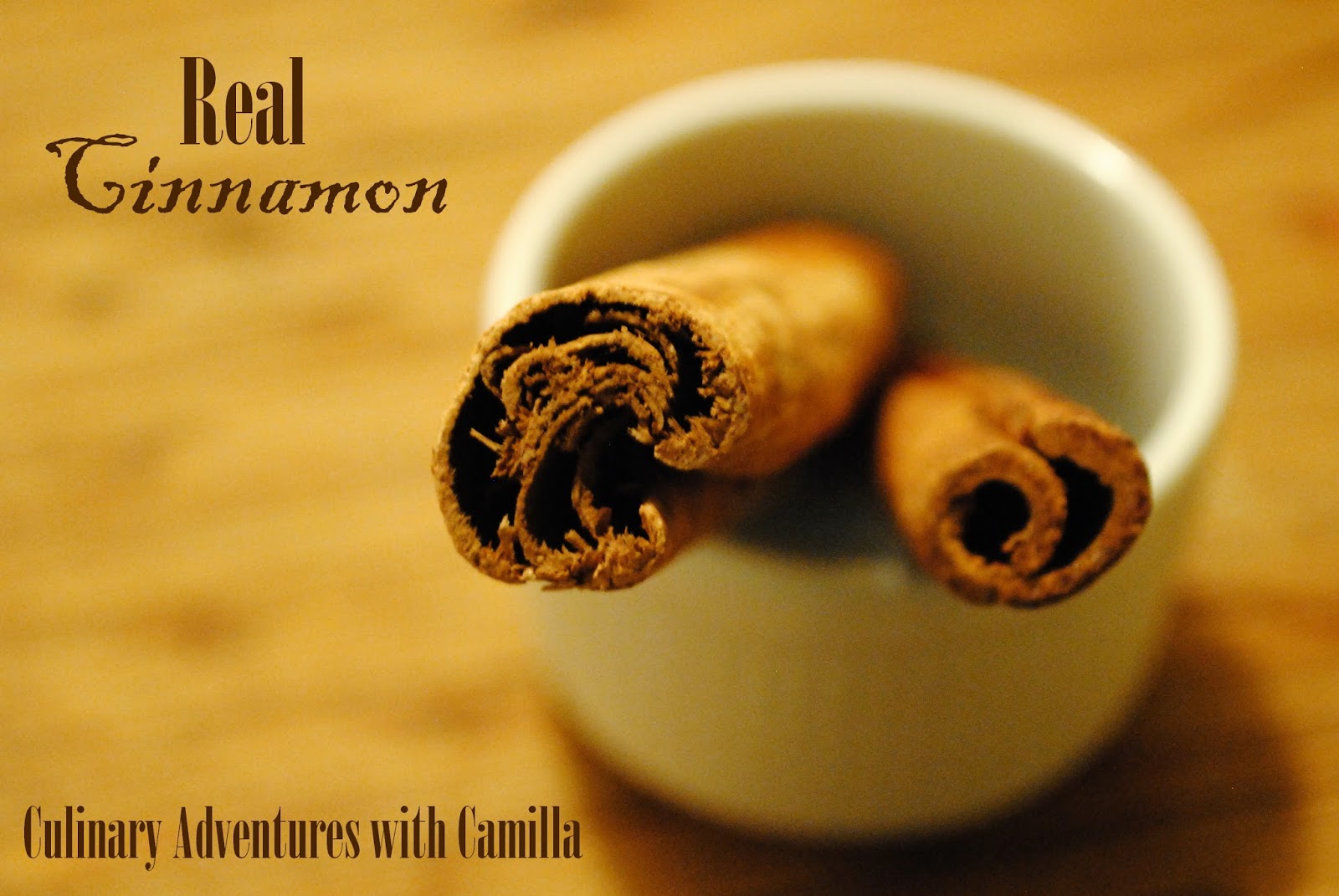 One of the reasons I teach Friday enrichment classes: I learn things as I research for the kids. This class, I learned that what we typically call 'cinnamon' isn't real cinnamon.


Cinnamon is a spice obtained from the inner bark of several trees and used in both sweet and savory dishes.

While Cinnamomum verum is true cinnamon, most cinnamon sold is actually derived from a related species: cassia...


I can say, from grating it today with the kiddos, there is a difference. Wow. I will be tracking down real cinnamon from now on. I bought mine from The Savory Spice Shop.