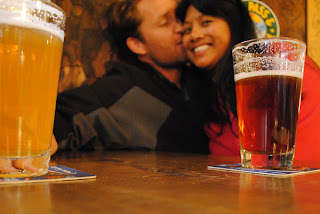 Unlike our esteemed event hostess for the month, Heather of girlichef, I am not a movie buff. My husband and I hardly ever escape to the theatre for a date. 'Dinner and a movie' is tough to justify when you're paying a sitter by the hour and most movies don't need to be seen on the big screen anyway. We usually opt out of the movie part and just languish around a table, eating, drinking, and remembering why we like each other. Case in point: while we were in port during a cruise with my parents, they kept the boys and we stole away for Alaska beers and reindeer pizza. 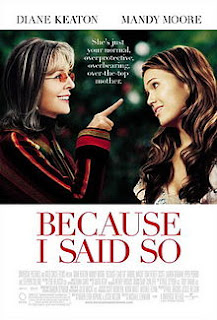 And by the time movies make it to DVD or netflix, I usually only have my eyes on the screen for 50 to 75% of the time; it's challenging to watch a movie when you're reading a book or making jewelry at the same time! So, when I do sit down to watch a movie, with undivided attention, there's usually a purpose. Once a month, I watch one for Food'N'Flix, with a notepad in hand, to draw some kind of culinary inspiration from the month's pick. Click here to see Heather's invitation to her selection - Because I Said So. And definitely check out her cake batter martinis inspired by the movie. Yum.

As for my movie preferences... Love + Food. Yes, please. Corny chick-flick...not so much...and usually only once. When I asked my husband if he could find Because I Said So for me on netflix so we could watch it, he didn't even move. "It's for my Food'N'Flix project this month," I explained while I dried the last pot from dinner. Still, no movement.

"You know that we've seen that, right?" he reminded me. "It's the one with the mom and the three daughters. There were a lot of cakes. Remember?! It was a one-timer." Tacit in that recounting: it was a one-timer and you've used up that one-time. Okay, fine. So, I had to watch the movie again, by myself, in the dead of night.


Though I do not have Milly's keen ability to sense when my soufflés have reached peak perfection I can make a mean savory soufflé - with a timer. 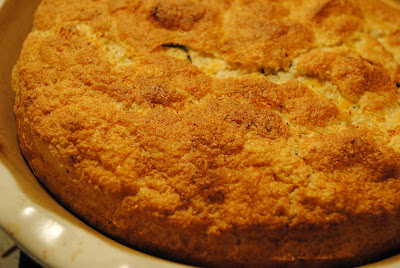 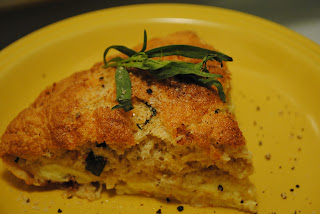 Butter a baking dish and preheat the oven to 400 degrees. Mix all of the ingredients except the tarragon and egg whites together in a large mixing bowl. Beat the egg whites until stiff peaks form. Fold the egg whites and tarragon into the mixing bowl. Season with salt and pepper. Bake for 25-30 minutes, or until the soufflé is nicely risen and golden. Serve immediately.

Next month we'll be watching and cooking from The Help. Wanna join the fun?﻿