We haven't been cooking around the world recently. And Dylan has let me know, in no uncertain terms, that I need to get back in the saddle. Fine. So, while Jake took Riley to his mandolin lesson, Dylan and I got busy with the pots and pans. Tonight we traveled to Brunei by tabletop.

Brunei, officially 'Nation of Brunei, the Abode of Peace' is a small sovereign state on the island of Borneo and completely surrounded by Malaysia. I read this etiquette guide (from wikipedia) to the little boys last night before dinner:

Eye contact - In Brunei society, some conversations between males and females have a very little contact, unless necessary due to religious reasons. However, most people maintain direct eye contact to signal interest, and staring in Brunei society is considered as extremely rude and should be avoided.

Social timing - In business event or social situations - guests are required to come earlier than the guest of honor.

Pointing - It is advisable to present and received items only with the right hands. Also, it is encouraged to use thumb when pointing and never use an index finger (as it is consider impolite) or mouth/lips (considered uncouth).

And for the big boy, I explained that Brunei was a predominantly Muslim nation, so they didn't serve alcohol...then I cracked open a bottle of red because, well, we aren't actually in Brunei. Cheers!

It was Dylan's turn as kitchen-elf. This is what we made. 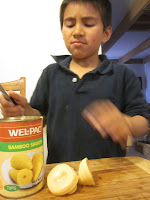 Cut all of your vegetables into bite-sized pieces. The traditional recipe calls for cabbage, carrots, bean sprouts, bamboo shoots, and onions. I used red bell peppers, zucchini, leeks, bamboo shoots, and baby corn...simply because that's what I had in my cabinet. I did, however, stay true to the spices. Steam or cook all of your veggies so that they are cooked but just. No mushy veggies, please!

Mix together grated coconut, chili sauce, salt, and lime juice. Toss the sauce into the veggies and serve hot. 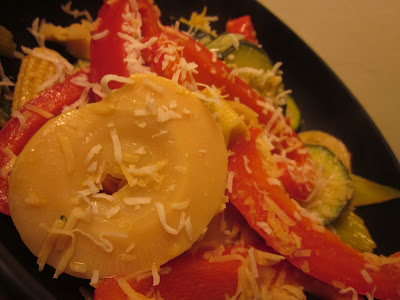 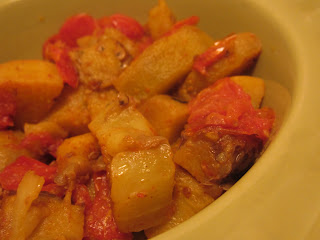 This dish was extremely easy to make though it does take some time for the eggplant to cook completely. And, since I had used all of my lime in the previous dish, we substituted freshly squeezed clementine juice.

That was it for the vegetable side-dishes. For the main dish, I didn't find any recipes that really fit with what what in my fridge, so I ended up creating a coconut-crusted fish and serving it with a traditional Bruneian sauce: Kecap manis, a sweet soy sauce. Apparently you can purchase this already made; I cooked my own. 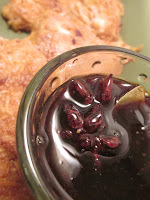 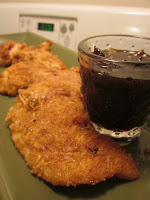 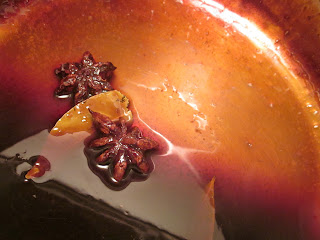 Dessert - yes, we had dessert! - was a family favorite: 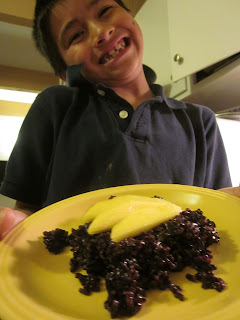 Bubur Ketan Hitam (Black Rice Pudding)
Cook black rice in a mixture of coconut milk or coconut cream and water. When the rice is almost cooked, stir in some sugar. Once it's completely cooked, serve it with a drizzling of more coconut milk and slices of fresh mango on top.

This Knight of the Global Table Adventure is signing out for now. We're off to Bulgaria next.
Posted by Camilla M. Mann at 12:20 PM