By Camilla M. Mann October 08, 2021
This is a sponsored post written by me on behalf of the #MerlotMe event sponsors.
Complimentary wine was provided for this post and this page may contain affiliate links.
However, all opinions expressed here are my own. 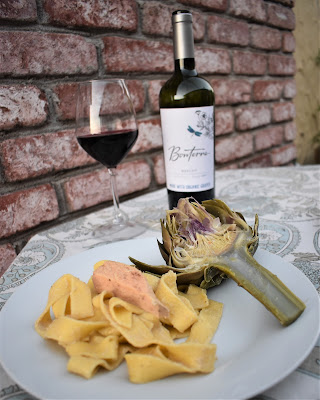 It's October. Do you know what that means? It's the time of year when bottles of Merlot start arriving at my door for #MerlotMe. The Wine Pairing Weekend  - #WinePW - crew has been participating in this online celebration of the Merlot grape for the past several years. So, once again, October's Wine Pairing Weekend collides with the event. Jeff of Food Wine Click! invited us to jump on the #MerlotMe bandwagon with him again this year. Welcome to year seven!

The MerlotMe website encourages wine lovers to "celebrate the greatness of Merlot throughout the month of October." So, we are. In addition, all of the #winePW bloggers were offered bottles of Merlot to try, taste, and pair for this event. Complimentary wine? You bet. I'm in.

If you are reading this early enough, feel free to join in the #WinePW live Twitter chat on Saturday, October 9th at 8am Pacific time. Follow the hashtag and be sure to add it to anything you post so that we can see it in our stream. In the meantime, these posts will be live by chat time on Saturday... 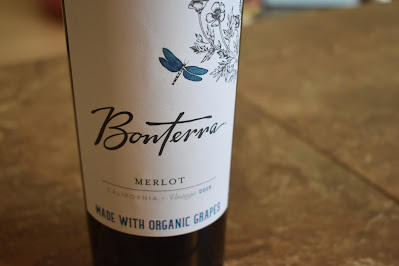 While this month will see a steady parade of Merlot pairings on the blog, I decided to kick off my #MerlotMe party with an organic Merlot from Mendocino County here in California. The grapes were farmed organically and harvested in throughout October and into early November 2019. After pressing and fermentation in stainless steel tanks, the wine underwent malolactic fermentation and rested for a year before bottling in a mixture of new and neutral French and American oak.
The wine poured a bright crimson and aromas in the glass leaned towards ripe red fruits with notes of berries and currants. On the palate I noted subtle herbs such as tarragon which got me thinking about licorice. This medium-bodied Merlot had a silky smooth finish and velvety mouthfeel which is likely due to that malolatic fermentation before bottling.
One of the Oldest Foods on Earth: Artichokes 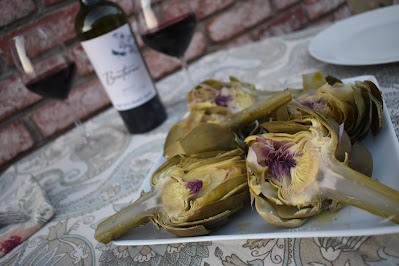 During the summertime, which we are still enjoying here on California's central coast, I like to serve dinner outside and I prefer quick meals that highlight the bounty of our area. 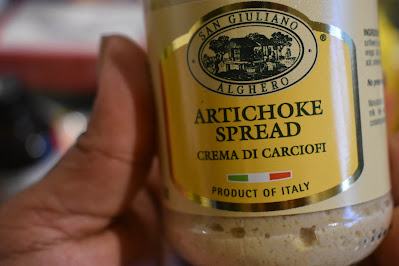 So, for this dinner, I landed on big steamed artichokes from a farm just up the road and a fresh pasta tossed with an artichoke spread and a generous glug of olive oil. 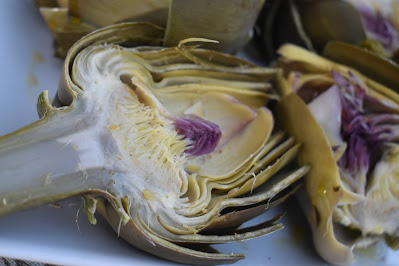 Artichokes are the edible flower bud of a thistle plant in the sunflower family. Now who was the first person to decide that it looked edible? Some intrepid eater, I'm sure. But it's native to the Mediterranean, possibly cultivated as early as 800 AD by the Moors in North Africa while the Saracens brought it to Italy. You might be able to follow that thread through its name. The Arabic word for thistle is al-qarshuf which transformed into carciofi in Italian. Okay, that might look like a stretch, but I think the migration of the food is accurate.
I also love the legend of Cynara and Zeus. The story goes that Zeus spotted Cynara, a beautiful mortal, and turned her into a goddess. However, Cynara was homesick and possibly unequipped to handle the wrath of Zeus' wife, Hera. So, she sneaked back to the mortal land. Enraged, Zeus transformed her into the prickly thistle we know as the artichoke. Maybe as a nod to this story, the artichoke's scientific name is Cynara scolymus.

I already mentioned that artichokes are native to the Mediterranean. But the central coast of California, with its Mediterranean climate, accounts for nearly all of the artichoke crop in the United States with more than three-quarters of that being grown in Castroville which is less than fifteen minutes from where I live.

Before my husband met me, he had never had an artichoke. I found that almost inconceivable. But here's why the artichoke is now so beloved by my family.
2010 was, for my family, the year of the artichoke. My husband submitted a painting for the Castroville Artichoke Festival and it was chosen as the festival's poster. In December 2009, he did a color study and settled on his subject; he decided to paint our older son, holding an artichoke. 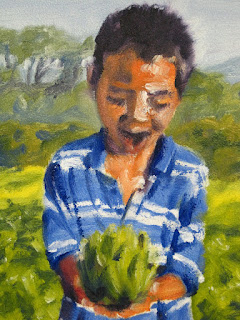 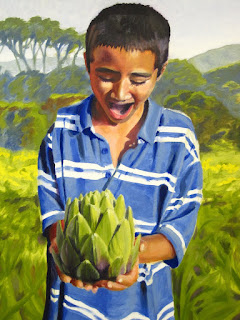 A few weeks after Jake submitted his painting, the commission called and requested a meeting. And after almost three hours in a room with five people, Jake finally sent me a text message: I got it!

They loved his painting, but required some changes - he had to change the choke, from a summer choke to a harvest choke; he had to put some more details in the fields; and he needed to paint the lettering on the painting itself. 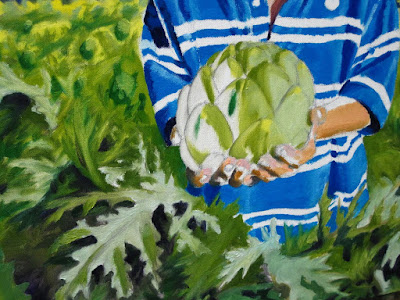 It was his first commissioned painting! During the festival, the original painting was auctioned off. But image was reproduced on the festival posters and festival t-shirts. So, sometimes we'll be around town and see my son's face on someone's wall or chest.

This was the official reveal of the painting that kicked off the season of festival promotion. 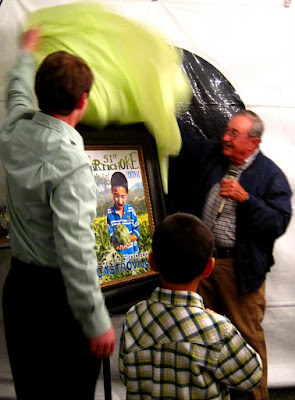 Enough about the artwork. I'll get to the food part now. But...before I forget...this was the final image. Now on to the food! 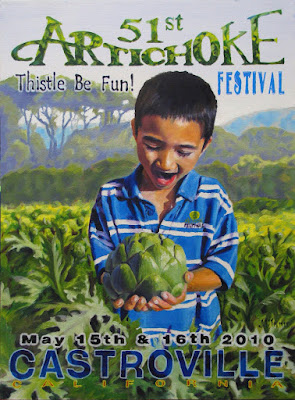 Needless to say, that year we ate a lot of artichokes! I was on artichoke overload for awhile and didn't post too many recipes with artichokes for a few years after that. But we are back on the artichoke-wagon. Some favorites: Braised Baby Octopus with Artichokes, and Salmon-Artichoke Cakes with Caramelized Leeks and Kale. 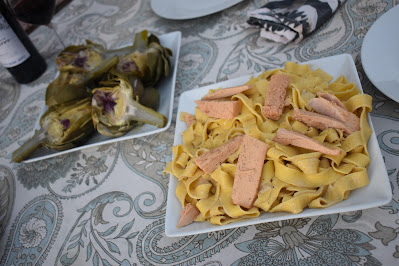 I have a several other Merlot pairings to share throughout the rest of the month. But here are a few of my favorites matches from years before! 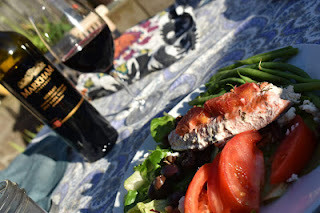 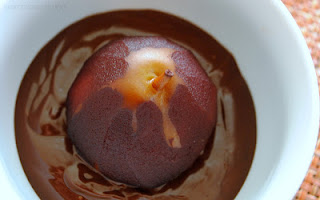 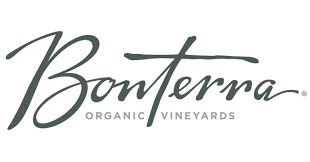 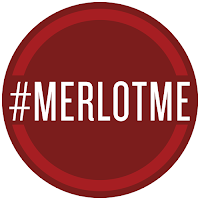 on the web, on Facebook
*Disclosure: I received compensation in the form of wine samples for recipe development and generating social media traction. My opinions do not necessarily reflect the opinions of the organizer and sponsors of this event.