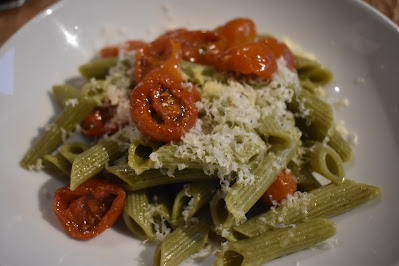 Since October is National Pasta Month, I decided to ask the bloggers to share their favorite recipes or cooking tips. Here's the Foodie Extravanganza's pasta-filled line-up... 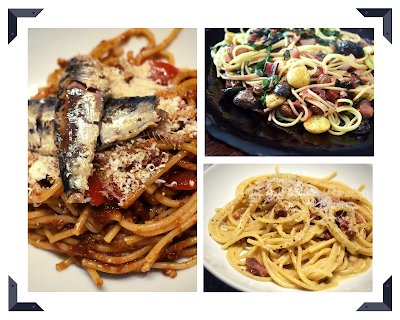 Given that I learned to cook in Italy, pasta is our go-to dinner. We eat pasta several times a week. We make sauces with store-bought pasta such as Pasta Carbonara, Roasted Marble Potatoes with Red Chard, Pasta Con Le Sarde, and Mexican Street Corn Pasta. 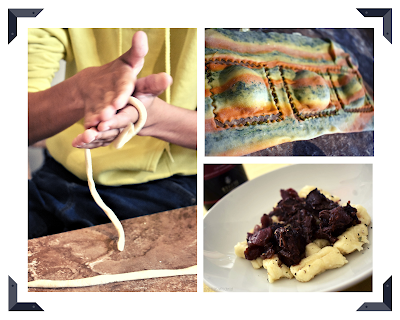 We also hand-roll pasta such as Crab-Stuffed Ravioli, Pici alla Crema di Limone, and Garlic Gnocchi. But I am sharing a seaweed pasta, having been inspired by reading Eat Like a Fish: My Adventures Farming the Ocean to Fight Climate Change by Bren Smith.*
Farming the Ocean 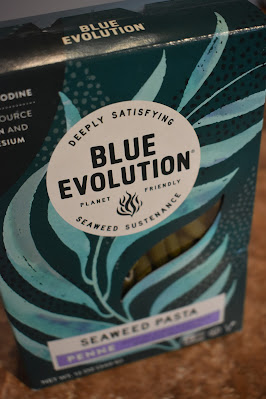 But I am sharing a seaweed pasta, having been inspired by reading Eat Like a Fish. Smith has the ocean in his veins; hailing from Newfoundland, he started his life as a commercial fisherman. In this 'coming-of-age' memoir, the reader is drawn into his journey from fisherman to ocean farmer. Smith tends gardens in the ocean column that produces shellfish - think oysters and mussels - and seaweed. The book a memoir of his journey, a hands-on guide as to how to start farming, and also guidance on how to run a business. Smith's narrative style is hilarious, sometimes profane, but poignant and inspiring. I just wanted to share a few passages with you.
About His Transformation
"Like most Americans, I was skeptical about moving seaweed to the center of the dinner plate. Honestly, except for sushi, it sounded kind of gross. But I fell in love with a food lover, and she took me by the hand on a long journey of discovery."
"We’re in a historical moment in which people are hungry to rediscover and revive these historical food traditions. Take Sean Brock, an award-winning chef credited with recovering traditional Southern cuisine. Partnering with Anson Mills, the grain company, he has focused on resurrecting heritage varietals of grains and legumes, particularly Carolina Gold rice, which was nearly extinct before Brock highlighted its importance to Southern foodways. Or Dan Barber, the acclaimed chef who has taken a deep dive into rediscovering delicious, forgotten varieties of squash, potatoes, grains. Just last year, he launched his own seed company, focused on developing vegetables the way they used to be before mass commodification—that is, growing what’s delicious, not what can travel well and sit on the shelf the longest. I had a new vision for our sea greens."
About Conservation
"Shellfish and seaweed require zero inputs—no freshwater, no fertilizers, no feed. They simply grow by soaking up ocean nutrients, making it, hands down, the most sustainable form of food production on the planet."
"In 1979, Jacques Cousteau, the father of ocean conservation, wrote: 'We must plant the sea…using the ocean as farmers instead of hunters. That is what civilization is all about—farming replacing hunting.'" 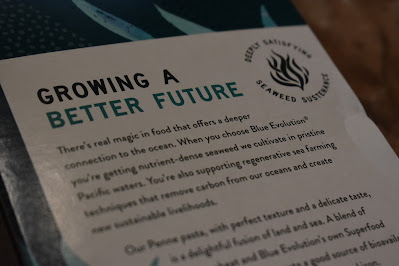 About Nutrition
"Native seaweeds contain more vitamin C than orange juice, more calcium than milk, and more protein than soybeans. Those on the hunt for omega-3’s are often surprised to learn that fish don’t create these heart-healthy nutrients by themselves—they consume them. By eating the plants fish eat, we get the same benefits, while reducing pressure on fish stocks. So it’s high time that we eat like fish."
About the Future
"Kelp was trending on all the food blogs, and seaweed products were breaking out of the vegan food co-ops onto national retail store shelves. The retail chain Target pushed seaweed cosmetics brands out to the center aisle, Naked Juice rolled out a Sea Greens Delight smoothie, and Akua’s kelp and mushroom jerky became all the rage. Two Roads Brewing Company even had kelp beer on tap!"
Blue Evolution Penne 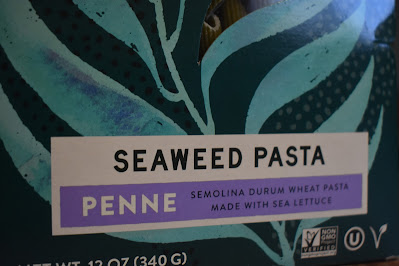 There is no real recipe here. Just good quality pasta, olive oil, some semi-dried tomatoes, and a freshly grated cheese. That's it! 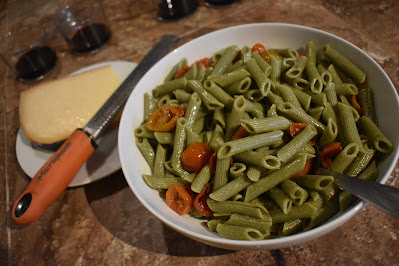 Interestingly enough, D said that it tasted like artichokes. Nope, no artichokes in here. But it definitely had a high level of chlorophyll. 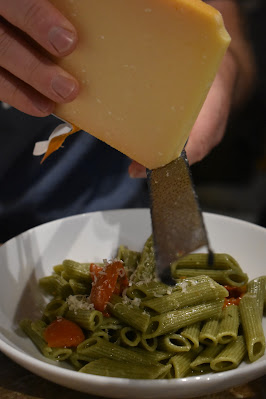 That's a wrap for the #FoodieExtravaganza pasta party. We'll be back next month, celebrating National Georgia Pecan Month with Wendy of A Day in the Life on the Farm. Stay tuned.

Click to see what everyone else read in October 2021: here.