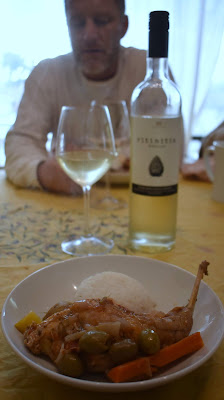 Today the Sunday Funday group is writing about and sharing Greek recipes. Thanks to Stacy of Food Lust People Love, Sue of Palatable Pastime, Rebekah of Making Miracles, and Wendy of A Day in the Life on the Farm for coordinating this low-stress group. This week, Amy of Amy's Cooking Adventures is hosting and asked us to share Greek recipes. Here's the #SundayFunday Greek recipes line-up...
A Polarizing, Perplexing Greek Wine 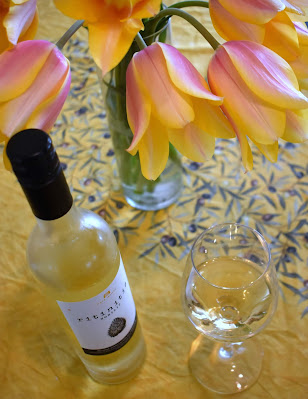 One of the most unique wines I've tried is Retsina, a traditional Greek wine that includes the addition of resin from the pine tree Pinus Halepensis during fermentation. I've actually read that as well as the addition, the barrels are also sealed with pine sap during aging. But I can't find that article again. So, I can't verify that bit of trivia.

This Retsina, a single varietal 100% Roditis, was made by Gai’a Estate which was named after Mother Earth and established in 1994 by Leon Karatsalos and winemaker Yiannis Paraskevopoulos. Their mission was to utilize Greece’s indigenous grapes and merge traditional viticultural and production methods with innovative techniques. 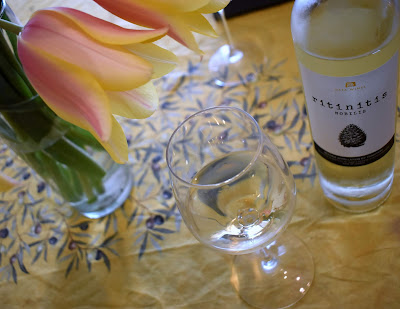 I rarely try a wine that just makes my head spin, as in complete befuddlement. I have never tried a Retsina and honestly couldn't decide if I wanted another sip or to toss it out and drink something else. So completely unique. We ended up experimenting with differing pairings and are more than a little intrigued. I shared those comments on social media and received some responses that ranged the gamut...


Have you ever tried a Retsina? What did you think?? 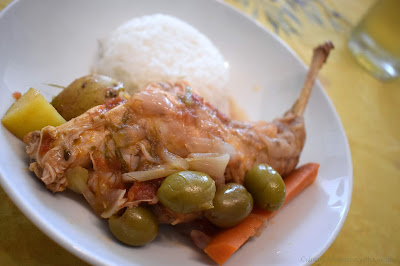 To go with my Greek wine, I decided to try a new-to-me Greek recipe with a rabbit that I had gotten from friends who homestead locally. While Jake and I were torn on the wine, and didn't really enjoy this pairing, this recipe was delicious. The version I adapted was from Crete. 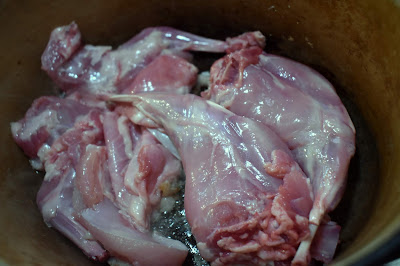 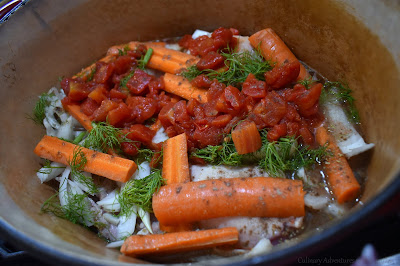 Season rabbit with salt and pepper. Heat 3 Tablespoons oil in a Dutch oven over medium heat. Working in batches, if needed, add the rabbit pieces and cook, turning once, until browned, approximately 4 minutes per side. Transfer rabbit to a plate.

Pour remaining 1 Tablespoon oil to the same pot. Stir in onions and fennel, cooking until the onions are softened and beginning to turn translucent. Stir in the garlic and add the browned rabbit back into the pot. Place carrots on top of the meat, then add in the tomatoes, liquid (I used chicken broth), and wine. Nestle the bay leaves, fresh rosemary, and cinnamon stick into the stew. Sprinkle in the fennel fronds. 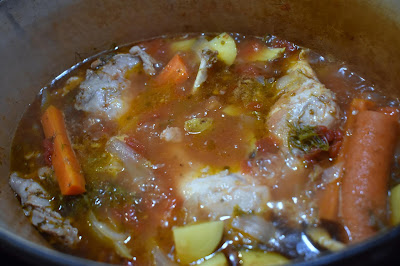 Transfer rabbit and vegetables to a large serving platter or bowl. Remove the rosemary and cinnamon stick. Bring the sauce to a boil and cook until thickened and reduced, approximately 5 to 6 minutes. Pour the thickened sauce over the rabbit and vegetables and serve immediately with steamed rice.
That's a wrap on the #SundayFunday Greek event. We'll be back next week Sue leading the discussion of Kawaii recipes. Stay tuned.