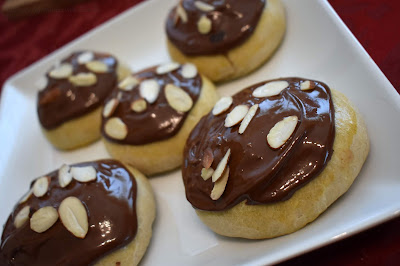 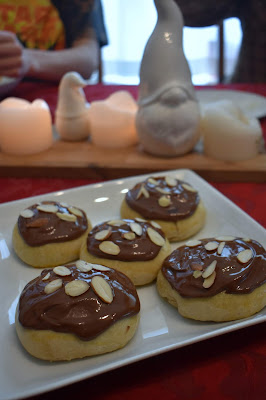 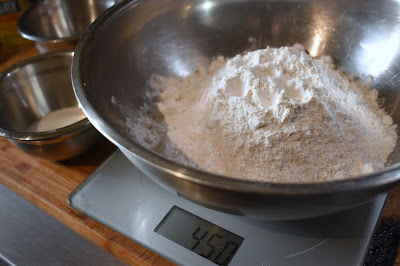 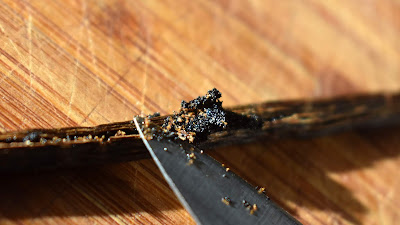 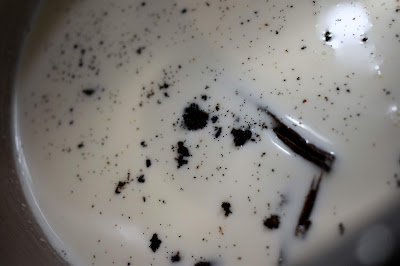 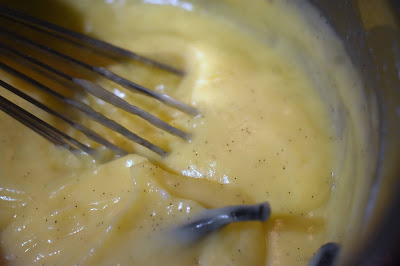 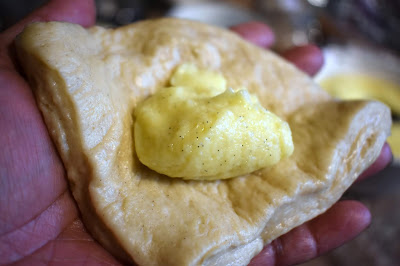 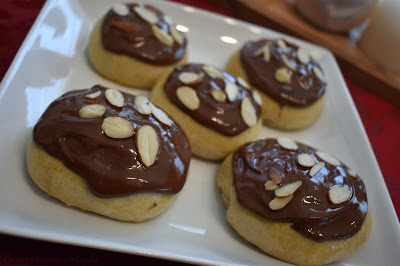 Once the buns are cool, top them with the chocolate and sprinkle with sliced almonds.