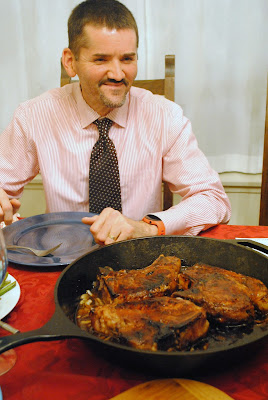 I, first, made this recipe for a friend's birthday party...about three years ago. And I have never posted the recipe despite having made this almost a handful of times since then. So, it's about darn time it hit the blog, right? It's a new year's resolution of mine to clean up my drafts folder. 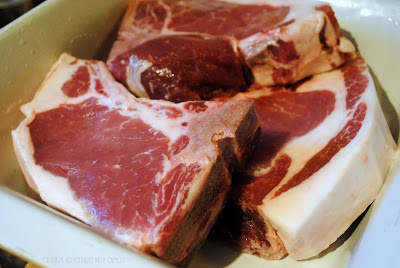 *Go easy on the salt when seasoning these chops; the marinade is fairly salty, especially after it reduces. 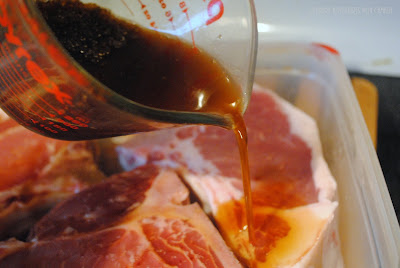 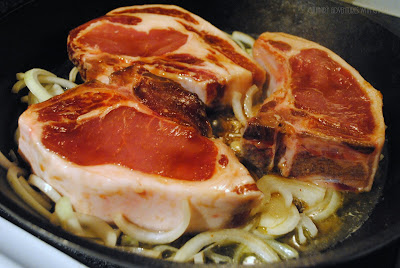 Remove pork chops from marinade and place onions in the marinade while the pan heats. Heat oil in a large skillet (I love using a cast iron pan) over medium-high heat. Add onions to the pan and cook until translucent and beginning to caramelize. Remove from the pan and set aside.

Place pork chops in the same pan and cook until browned approximately 5 minutes per side. Remove the pork from the pan and let rest.

Pour the marinade into the pan and bring to a boil. Simmer to reduce the liquid by about a half. Mine took about 3 minutes. Stir in the caramelized onions. 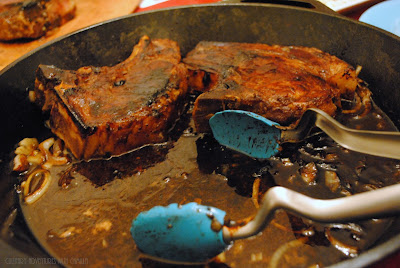 Serve pork chops with the reduced marinade and lime wedges on the side.

I have also tried this process with lamb chops and a New York steak. Both were delicious, as well. I love when recipes are easily applied to different cuts of meat. This is one of those.