By Camilla M. Mann November 09, 2016
This sponsored post is written by me in conjunction with the The Book Club Cookbook
for the third installment of their food blogger party feature. All opinions are my own. 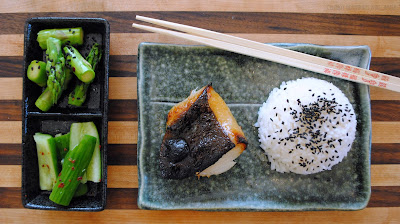 Here we are in the third month of the food blogger party feature on The Book Club Cookbook website and I'm thrilled to be part of this event. This month's title is Mastering the Art of Japanese Home Cooking by Iron Chef Masahuru Morimoto.* You can check out details about the #JapaneseHomeCooking party: here. 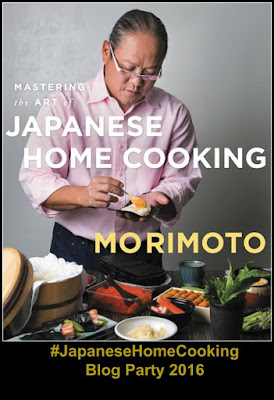 Let me start by saying that we don't have a TV. Well, we have a TV, but we don't pay for any stations. Everything we watch is streamed on Netflix and, thus, not current. So, I have only seen Iron Chef America when we've managed to catch it on the screen at hotels or friends' houses.

Still I do know who Iron Chef Morimoto is and always chuckle when he makes a cameo appearance on Hawaii Five-0. I was excited to be invited to participate in this as Japanese food is something we love, but not something I cook often. 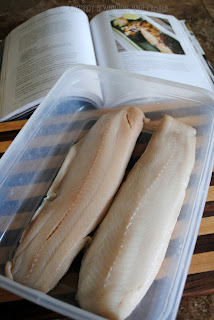 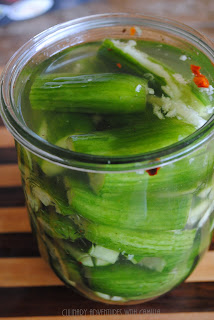 On the Page
As soon as I received my copy of Mastering the Art of Japanese Home Cooking, I hunkered down on the couch with a pad of paper, ready to make a shopping list. Soon the pad of paper was shoved aside and I didn't want to pick a single recipe; I wanted to make them all!

The photos are vibrant and beautiful. The book is organized logically from the foundations - dashi (stock), gohan (rice) - to similarly prepared dishes - yaku (to grill, broil, or sear), itame ru (to stir-fry) - all the way to gorgeous pickled extras in tsukeru (to pickle). 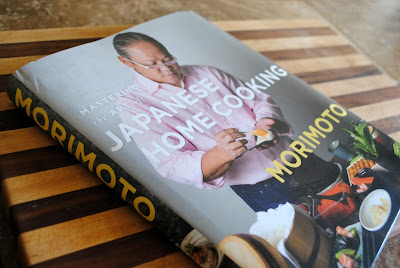 Chef Masaharu Morimoto, owner of the popular Morimoto restaurants (I have never had the pleasure, though I think the closest one to me is in Napa), aims to make Japanese cuisine accessible to the home cook. In Mastering the Art of Japanese Home Cooking, he introduces readers to some surprisingly simple dishes that are big on flavor. He helps readers build a pantry necessary to create Japanese food at home and he provides helpful instructions on turning those ingredients into wonderful meals.

I will admit that Japanese cuisine is something that I most often leave to the experts. We have a favorite Japanese restaurant and I haven't had the need to really delve into Japanese recipes. Whenever any of us is in the mood for Japanese, we just head to Ocean Sushi and our friend Shiho takes care of all our cravings! But, with this cookbook, permanently stationed on my kitchen counter, I am bolstered and think: I can do it! 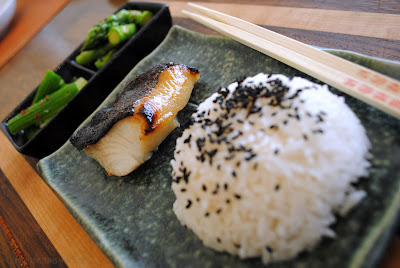 On the Plate
I tried several recipes from the book - and plan to make many, many more - but I will share two with you that were hits with my family. 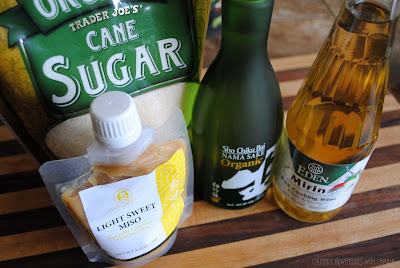 Four ingredients are all that it took to recreate his miso-marinated black cod. And, it just so happened, that the day I wanted to make this, there was fresh local black cod at my fish market. Serendipity! 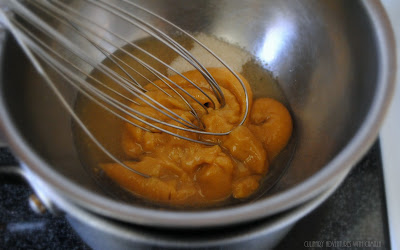 Combine the miso, sugar, sake, and mirin in the bowl. Bring the water to a boil and whisk until the sugar is dissolved, approximately 5 minutes. Let the mixture cool to room temperature. You will have about 1-1/2 C of marinade though you will only use 1/2 C for this recipe. It will keep, refrigerated, for up to 2 weeks. 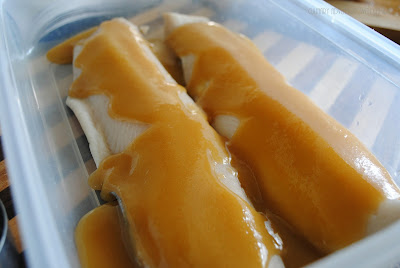 Pat the filets dry and place them in a rimmed, lidded dish. Slather the filets with 1/2 C of marinade and let marinate from 8 to 12 hours.

When you're ready to cook, preheat the oven to broil with a rack about 4" from the heating element. Wipe off most of the marinade and slice each filet in half so you have four 1/4 lb filets. 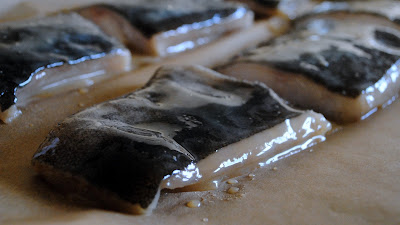 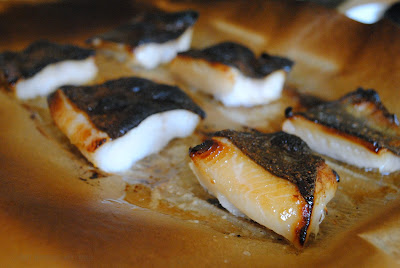 Broil until the skin is browned all over and slightly charred in spots, approximately 5 minutes. Turn off the broilers and lower the oven temperature to 400 degrees F. Continue to bake until the fish is just cooked through, approximately 3 to 5 minutes. Serve immediately. 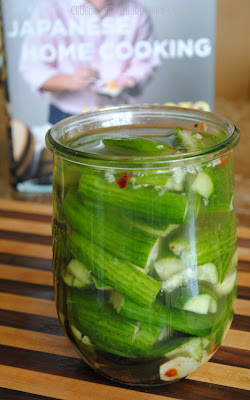 Not only is smashing the cucumbers fun and stress-relieving, that action helps so that the brine can penetrate the cucumbers more easily. 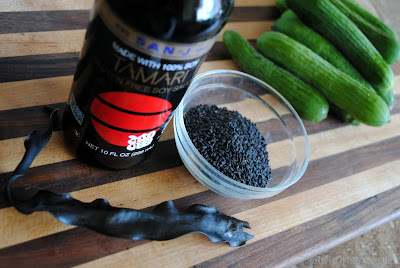 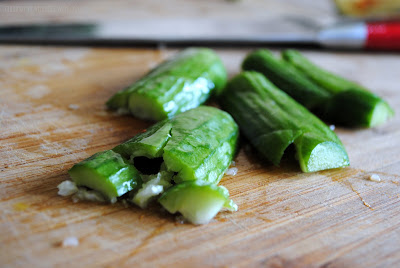 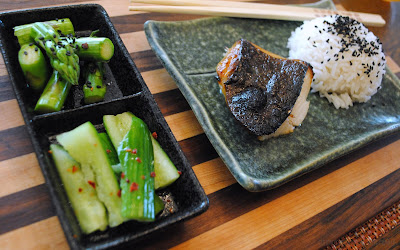 While my boys all agreed that "Ms. Shiho's restaurant makes better food", they said that I did a good job. I'll take it! 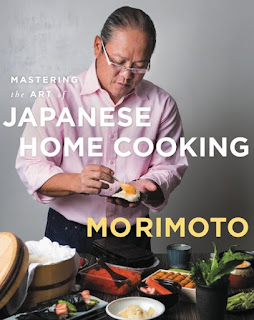 *Disclosure: I did receive a complimentary, advance reading copy of Mastering the Art of Japanese Home Cooking by Iron Chef Masahuru Morimoto for my participation in the #JapaneseHomeCooking party. Opinions are my own. I received no further compensation for this post.