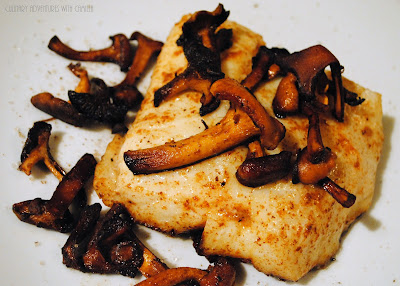 For November's Food'N'Flix, Caroline of Caroline Makes asked us to watch Burnt. Here's her invitation.

Caroline wrote: "It was impressive to watch the restaurant scenes (Bradley Cooper and Sienna Miller both had to learn to cook and I've seen interviews where they talked about the lengths they went to and how good they now are at filleting fish!). It's also a great one to choose for Food 'n' Flix as there is so much to take inspiration from!"

I thought that would be the case, too. Additionally, I've been a Bradley Cooper fan since he played Will Tipin in Alias all those years ago. So, I figured I would love this movie. 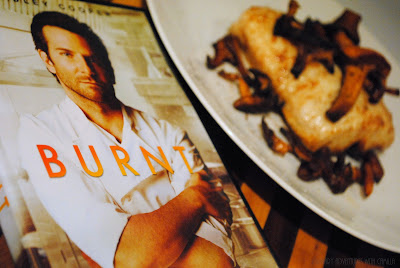 Quick Synopsis: Bad boy chef Adam Jones (played by Bradley Cooper), after self-inflicted exile in New Orleans, returns to Europe to chase his third Michelin star. He assembles his team and they cook. There are some side stories of note that include an unrequited infatuation on the part of the restaurant manager; the volatile competition with former colleague who has already attained that third star; and a budding romance with Sous Chef Helene (played by Sienna Miller).

I have to admit: I've seen this movie probably half a dozen times - with about three of those being this week while I tried to decide what to make from the movie. I even made my husband watch it twice because I was completely stumped. More on that later.

I already admitted to bring a Bradley Cooper fan-girl, right? So, I kept asking myself, "Why don't I love this movie?!" After about the fifth time, I recognized the answer - there's nothing remarkable about the movie. I found the movie formulaic, predictable, and - as a kiss of death in the kitchen world - bland.

That is not to say that there weren't some great moments. I loved the scene where Jones is making a racket in the kitchen when he's couch-surfing at David's house.

Sara: He scares me.
David: He's a two-star Michelin chef. He's supposed to be scary.
Sara: Well, "two" doesn't seem like many.
David: To get even one Michelin star, you have to be like Luke Skywalker. Okay? To get two, you have to be... whoever Alec Guinness was. But if you manage to get three... you're Yoda.
Sara: What if he's Darth Vader?

I also enjoyed all of the scenes in which Emma Thompson and Uma Thurman appeared, the former as a psychoanalyst tasked with making sure Jones is not using drugs and the latter as a restaurant critic who had an affair with Jones many years ago. "When I lie awake at night and list my regrets, you're one of them. I say to myself, 'Simone, you're a lesbian. Why did you sleep with Adam Jones?'"

As a huge fan of foodie movies, I wanted to love this movie. I just didn't.

Next month, Heather at All Roads Lead to the Kitchen hosts as we watch Krampus. Stay tuned for more on that next month. 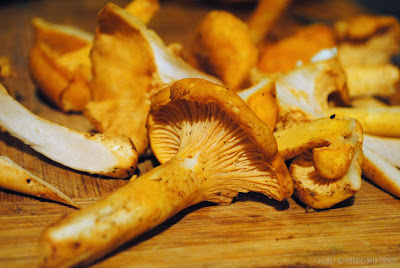 On the Plate...
I mentioned that I watched this movie multiple times looking for inspiration. I even had Jake watch it with me - twice - to see if anything jumped out at him. We thought about oysters, but I sometimes have an allergic reaction to them so I usually steer clear. We talked about the rose-covered cake that Jones makes for Helene's daughter, but I don't have the patience for that kind of cake decorating. We talked about the lamb that David made.

I considered the simple omelette that Reece makes for Jones when he admits to Jones, "You're better than me. But the rest of us need you to lead us to places we wouldn't otherwise go."

And we glossed over all that really pretty food that was ridiculously and painstakingly plated. Sadly, all of the those plating scenes moved so quickly it was hard to tell what was actually on the plates.

In the end, Jake and I were both compelled by the scenes in the fish market. I love wandering through markets such as those and seasonal farmers' markets. It's when I feel most connected to my food...and when I'm most inspired.

Jones shares with Helene that he grew up working in fish markets like that - until he had amassed enough money to go to Paris and lie his way into a kitchen there. So, fish market it was. I headed to ours and they had some beautiful halibut filets for sale.

I opted to braise mine in butter and serve it with crisped chanterelles. Simple yet delicious. The boys battled over every last bite! This dish is definitely a testament to great ingredients making a terrific dish...and you don't have to be anything close to a Michelin chef to make it.

Procedure
Mushrooms
Melt 1 T butter in a large, flat-bottom pan. When the butter begins to brown, lay your mushrooms in the pan. Make sure that you can see the bottom between the mushrooms and that the mushrooms aren't touching. 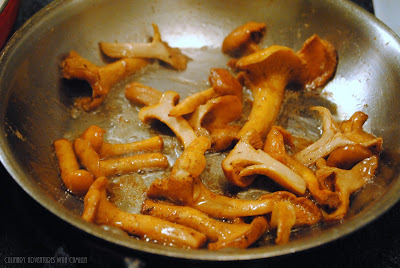 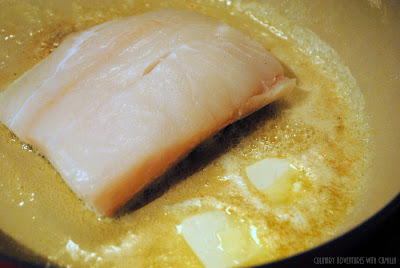 Fish
Melt 1/2 C butter in a large, flat bottom pan. Lay the fish in the pan and let skin crisp. 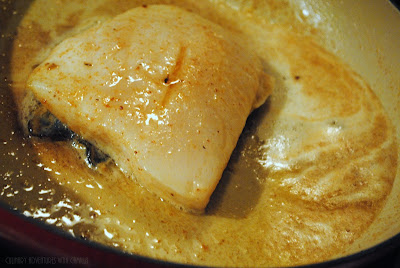 As the milk solids in the butter browns, swirl the pan and spoon the butter over the top of the filet. Do this until the fish is opaque and firm, approximately 10 minutes, but that could depend on the thickness of your fish. 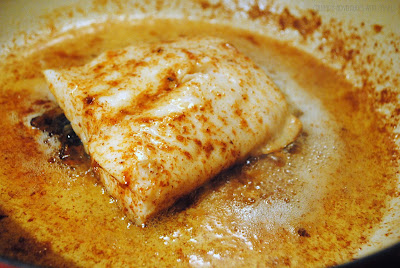 To serve plate the fish and top with crisped mushrooms. 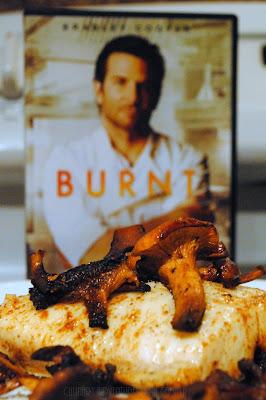