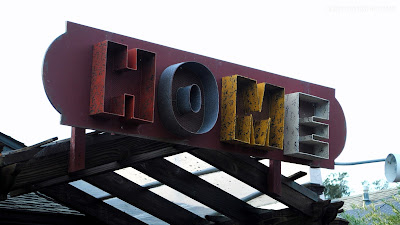 If you've been following my blog for even a little while, you have probably read about Chef Brad Briske and/or La Balena and Il Grillo which are both owned by our good friends Emanuele and Anna.

Brad has been the executive chef at the helm of those two restaurants in Carmel for several years. While some kids have favorite movie stars, mine have favorite chefs. And Brad tops their list. 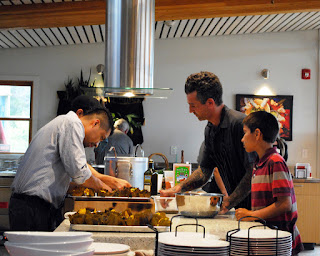 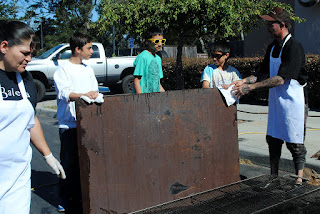 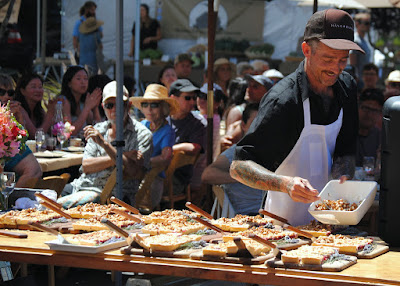 Recently he decided to open a restaurant of his own. It's called HOME and it officially opened at the beginning of the month. We missed the friends and family previews, but finally found a free evening to get up to Soquel. When Linda, Brad's wife, emailed me back with a reservation time, she invited us to come up earlier than they opened to wander through the garden. 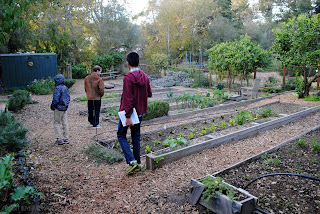 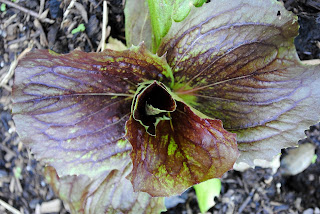 I exercised remarkable self-restraint and refrained from plucking the rhubarb and taking a bite! And I was excited to see kiwi fruit; I never knew how those grew. 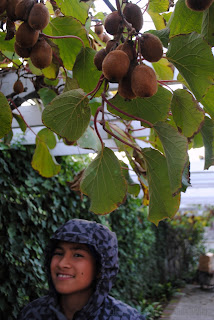 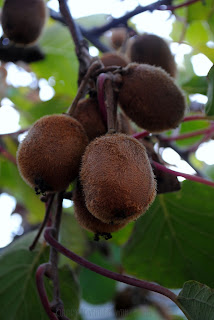 Brad noticed us - trespassing in his garden! - and gave us a tour of the restaurant before they opened. It's lovely and spacious. He pointed out where they would eventually have pasta-making and pastry stations. We peeked into the wine room. And we went into the walk-in where he'll be butchering meats. 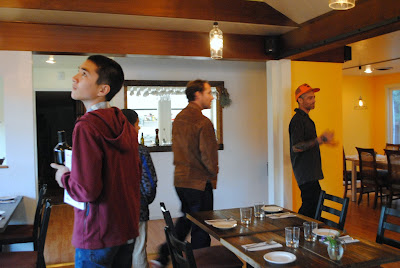 There are pendulum lamps made from Bulleit bourbon bottles and a javelina head above the mantle that, Brad says, "My little sister shot that with a bow. She sends me things she hunts and I send her salami." 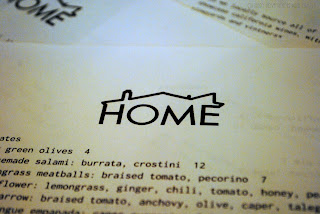 It does feel like home - his home. And we, as diners, are invited into that home to be wined and dined in amazing style.

Okay on to the food because I know that's why most of you had read this far. When a fellow food-writer asked, "What did you try? Everything?!" I answered, "Pretty much." No, we didn't actually try everything, but everything we did try was - as to be expected - fantastic. 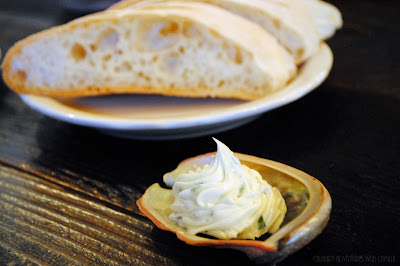 The bread was served with a butter-lard whip that was served in a mini-abalone shell. 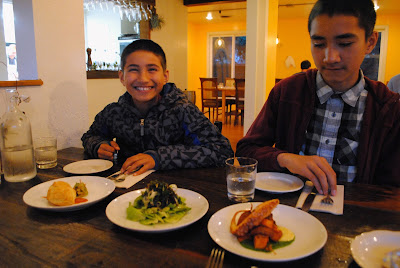 To start, we ordered the Octopus, Beef Tongue Empanada, and Seaweed Salad. 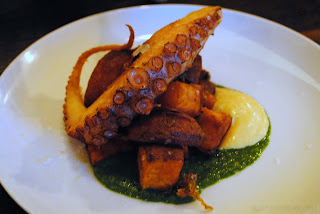 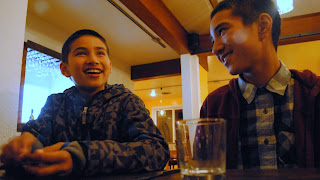 We ordered the Pappardelle, Fried Chicken, and Soquel Rabbit. 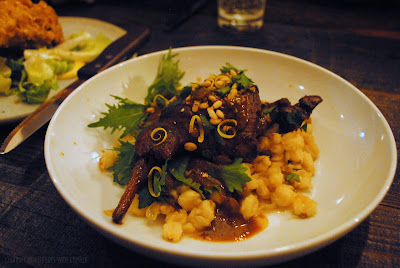 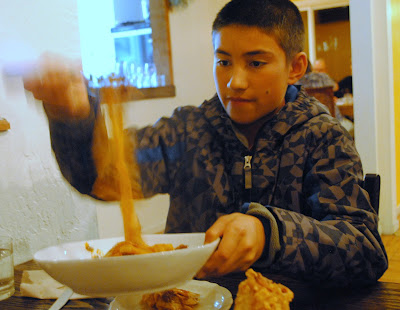 Everything was so fresh, so flavorful, and made your tastebuds sommersault in delight. We tried to pick our favorites. I really loved the seaweed salad that included creamy avocados, local seaweeds, abalone, and sunflower seeds. D said that the pappardelle was his favorite. Jake thought the rabbit - with guajillo, chocolate, pinenuts, raisins, and hominy - was so original and amazing. And R couldn't decide. "Everything was so good. It's hard to pick just one thing." Agreed. But, in the end, he chose the beef tongue empanada.

Linda asked if we had room for dessert. Are you kidding?! My boys have an extra stomach just for dessert, I think. We ordered one of everything: Pastelito, Flourless Chocolate Cake, and the Ice Cream Trio. Though I'm not a big sweets gal, I did try everything and have to say that the avocado-pistachio ice cream was outrageously tasty.

I think every plate that left our table looked like this... with every morsel totally and completely devoured. 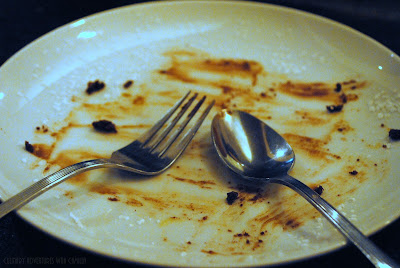 We wish Brad and family so much success and luck. But you don't really need luck when you are a culinary wizard, do you? Can't wait to get back up there for another family date night. Soon. 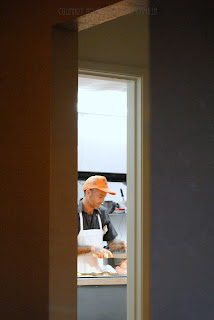 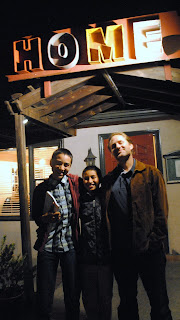 If you're local - or in the area - don't miss HOME.
on the web, on facebook, and on instagram