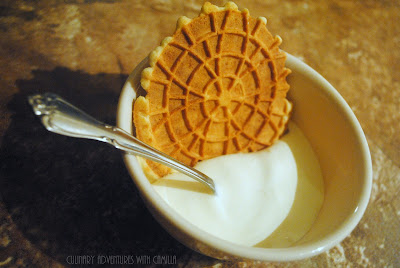 For Thanksgiving the Precise Kitchen Elf made Lychee-Ginger (Dry Ice) Sherbet. When Nonna was planning a family dinner this weekend, she called and asked if R would be willing to do an encore performance He agreed. 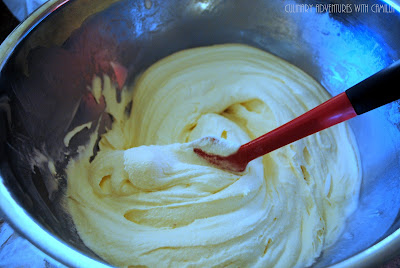 At  the Filipino market, he spotted a can of rambutan and decided to use that instead of lychee. 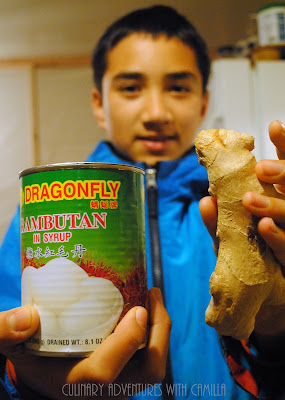 In a medium saucepan, bring the heavy cream and milk to a simmer. Add lychee juice and ginger slices and allow flavors to steep for at least 20 minutes over low heat. While the cream mixture steeps, separate the eggs. Place the yolks in a mixing bowl and reserve the whites for a different recipe. 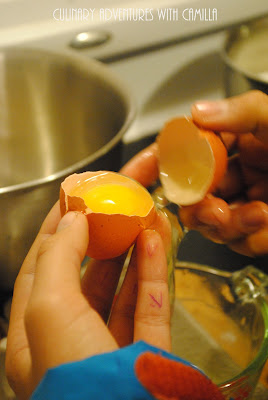 In a large mixing bowl, beat egg yolks and sugar until light yellow in color. 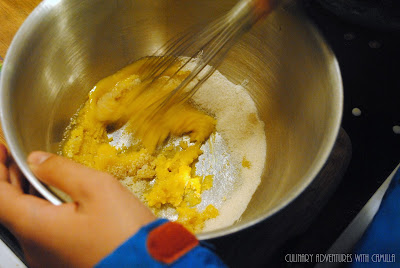 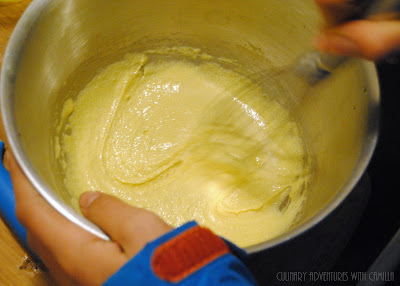 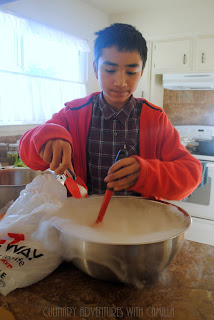 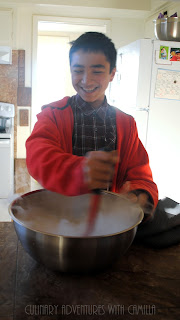 It will thicken to soft-serve ice cream consistency. If you wish it more solid, place it in the freezer. We served it soft with a homemade pizzelle.