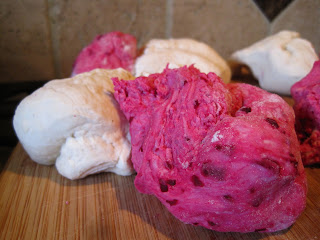 
2. Add flour, honey, and salt. Form into a dough. If the mixture is dry, add one or two tablespoons of water. Knead the dough until smooth, about 7 to 8 minutes.  For the pink dough, knead in two shredded beets. 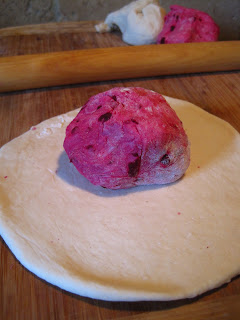 3. Roll out a disk of plain dough.  Then roll our a disk of pink dough on top.  Roll the dough into a loaf and place - to rise - in a mini loaf pan.  Preheat oven to 350 degrees. Let loaves rise for at least 15 minutes.
4. Bake for 25 minutes until the tops are browned. Rub the tops with butter and remove from the oven. 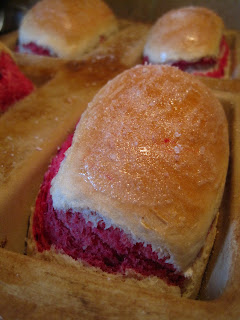 5. Sprinkle with sea salt.
Oddly the loaf retained the bright magenta coloring on the outside of the loaf but when sliced, the marbling was so subtle it was almost undetectable.  I was disappointed with the lack of color, but it was tasty. 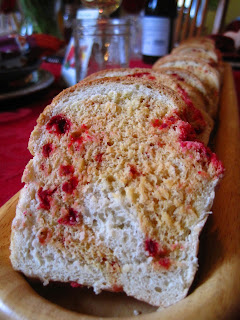