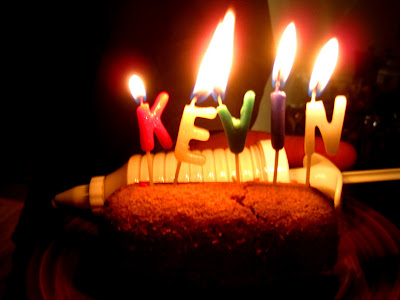 For those of you who have followed my Twinkie saga, I had grand plans for my attempt this year - I purchased a cream canoe baking pan with filling injector; I thought about doing a trio of Twinkies with various cakes and fillings; I even toyed with the idea of making a DIY Twinkie dessert table for some added fun.

All of that went by the wayside as my afternoon waned and the guests were arriving shortly.  Oh, and I still didn't have cake flour.  So, I bit the bullet and made a chestnut flour sponge cake. 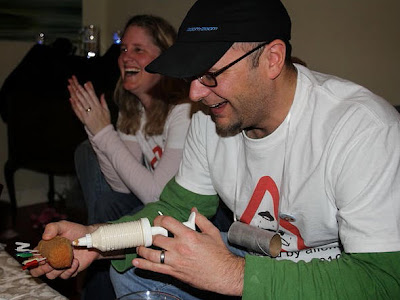 First Kevin unsuccessfully attempted to inject the chestnut Twinkie with whipped cream.  Then he took a bite and chewed and chewed and chewed...and asked for a glass of milk.  Okay, maybe the raw sugar and chestnut flour made it a wee-bit heartier than a real Twinkie.  Maybe more than a wee-bit.

So we sliced the Twinkie into thick coins and topped them with a dollop of whipped cream.  As an amuse-bouche, it worked well, but it definitely wasn't a Twinkie. 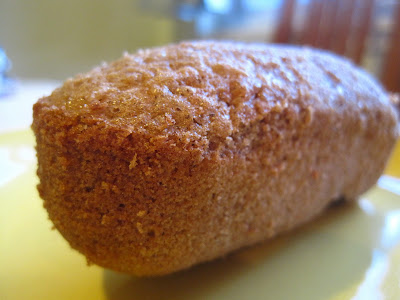 Thankfully I discovered that his flippant claim of Twinkie as his favorite cake was a complete fabrication.  So I do not have to attempt a Twinkie for a third time, next year, and no one else has to suffer through that said attempt!  There is a god.

Still, as a small bite, the chestnut flour sponge cake was actually quite tasty.


Procedure
Preheat oven to 375°F. Coat the cream canoe hollows with canola oil. Combine eggs and sugar in a large bowl. Set the bowl over a pot of simmering water, and whisk it continuously until the eggs are warmed and sugar is dissolved. Remove from heat and continue whisking until thick, foamy and pale yellow.

Sift flour and salt over eggs all at once, and fold together, being careful not to deflate. Transfer batter to prepared pans, filling each hollow about 3/4 full. Bake until golden brown and firm, about 15-20 minutes. Cool cakes 10 minutes, and while still warm, invert to remove from pan.