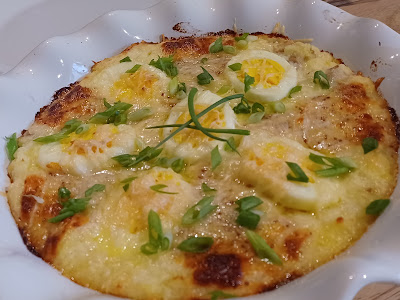 Welcome to the September 2022 event of  our #EattheWorld project, being spearheaded by Evelyne of CulturEatz. Here's her challenge.

This month, we are sharing recipes from Wales, here's the #EattheWorld line-up...
Welsh Cuisine
When I started doing research about Welsh cuisine, you could certainly see the influence of ingredients and history. Think cawl, Welsh rarebit, laverbread, Welsh cakes, bara brith, and Glamorgan sausage. All are produced with limited and inexpensive ingredients. Because sheep farming is ubiquitous, lamb and mutton dishes are similarly popular.
And vegetables - besides cabbage and leeks - are historically rare. In fact, the leek is the national symbol for Wales! 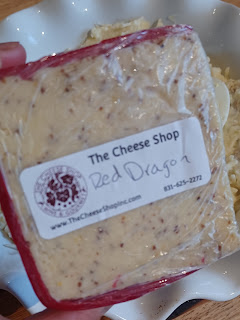 I initially grabbed some mussels to make Conwy Mussels until I realized that Conwy was a location and had nothing to do with a preparation. My mussels were Monterey Bay, so I skipped that. Then I picked up some Welsh cheese and knew I would incorporate that into my dish. Read a little bit about this Red Dragon cheese from Wales.
Ŵyau Ynys Môn
Welsh Anglesey Eggs 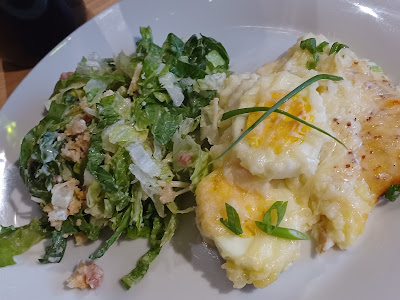 This is a classic Welsh recipe made with mashed potatoes, leeks, hard boiled eggs under a cheesy blanket. It's a thrifty, tasty mid-week meal. Mine is not wholly traditional, but I think I kept the spirit of the dish and it was delicious.
Ingredients serves 4 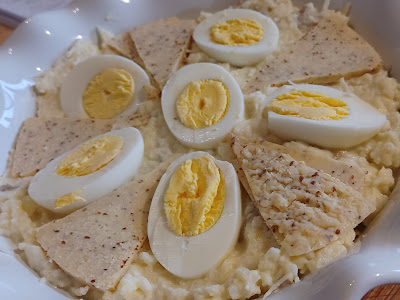 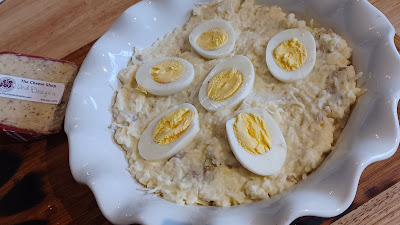 Preheat oven to 350 degrees Fahrenheit. In a large skillet, melt butter in a splash of olive oil. Stir in the leeks and cook until they are softened and caramelized. Stir in the mashed potatoes. Add in enough milk, as needed, so that the potatoes are spreadable.
Spoon the potatoes into a buttered baking dish. Arrange the egg slices over the top of the potatoes and add slices of cheese around and over the eggs.
Place the dish in the oven and bake until the cheese is melted and beginning to brown. 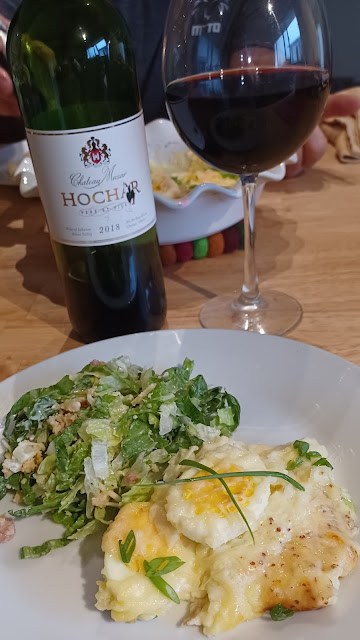 I served the Ŵyau Ynys Môn with a crisp green salad and a wine from Lebanon. That's a wrap on my Welsh offerings. Stay tuned for our next month's tabletop adventure.