I'll be honest: the difference between Cajun and Creole has been a mystery to me for years. So, I decided to use this event as a jumping off point. Let's, first, look at who the groups are. Cajuns were French Acadians expelled from what is now Nova Scotia in the 1700s for their Catholic beliefs. Many settled in Acadiana. Isolated by swamps, bayous and prairies, the Cajuns lived off the land and their cuisine is rustic and hearty.
On the other hand, Creoles were originally from Europe and settled in New Orleans. Primarily from wealthy French and Spanish families, Creoles brought their own chefs from Madrid, Paris, and other European capitals. These chefs adapted classic cooking techniques to incorporate unfamiliar ingredients such as crawfish and snapper. Then you add in the culinary influence of the enslaved Africans who also served in these households, the influence of the surrounding Choctaw Indians, and even more European immigrants from Ireland and Germany; and a diverse cuisine emerges.
One chef and native New Orleanian Mark Falgoust reported, “Cajun folks used one chicken to feed three families, Creoles used three chickens to feed one family.” So, Cajun seems more down-to-earth. Yep, I definitely lean to the Cajun camp.
Note: This is not a traditional jambalaya. But it does embrace my cooking tenet of using that you have!
Ingredients serves 8 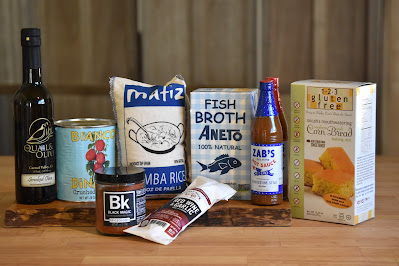 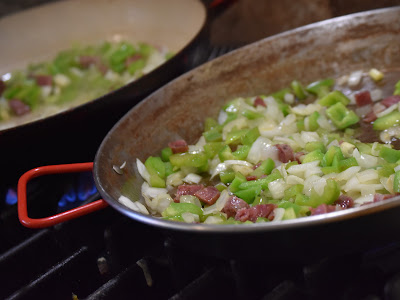 Add in broth, crushed tomatoes, rice, and seasoning. Reduce heat to medium low and simmer until the rice is tender and the liquid is almost absorbed, approximately 20 minutes. Stir occasionally.

Stir in the shrimp and cook until opaque pink, approximately 3 to 5 minutes. 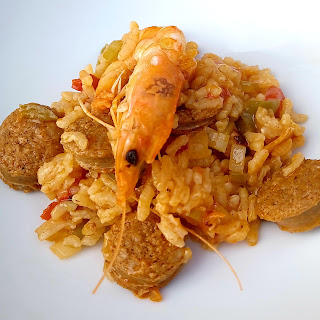