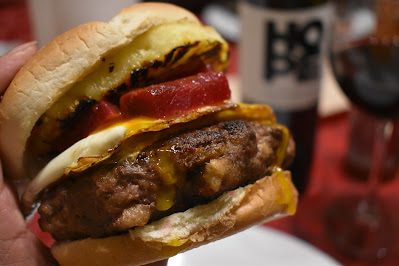 Well, today is the kick-off event for the 2022 #WorldWineTravel exploration of Australia and New Zealand. And I am hosting the January discussion of wines from Western Australia. You can read my invitation here.

If you joining us early enough, feel free to jump in on our Twitter chat on Saturday, January 22nd at 8am Pacific time. Follow the hashtag #WorldWineTravel and be sure to add that to anything you tweet so we can see it. Here's the line-up...
Geographe 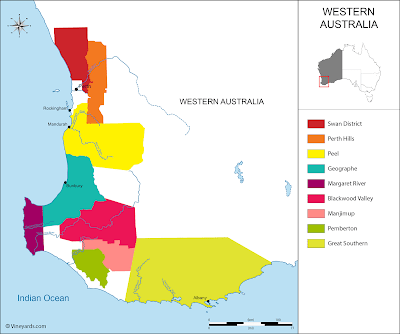 With nine sub-regions of Western Australia - Swan District, Perth Hills, Peel, Geographe, Margaret River, Blackwood Valley, Manjimup, Pemberton, and Great Southern - I was a little bit surprised to see that everyone except me is writing about a wine from the Margaret River area. But, when I searched my usual online wine vendor, out of the four dozen or so options, almost all were from Margaret River with a handful from Great Southern. Some were unspecified and just labeled as 'Western Australia.' That's how I ended up with a wine from Geographe: it wasn't listed as such through the vendor, but I did some digging for its source.
Geographe is an Australian wine region named after Geographe Bay in Western Australia. Situated near the southern tip of the state's Indian Ocean coast, Geographe is sandwiched between the Peel region and the famous Margaret River. With a climate moderated by the afternoon breezes from the Indian Ocean, the vineyards in the area enjoy a long and stable growing season. Similar to Margaret River, the area also produces a wealth of Shiraz, Semillon, and Sauvignon Blanc.
Hope Estate 2015 The Ripper Shiraz 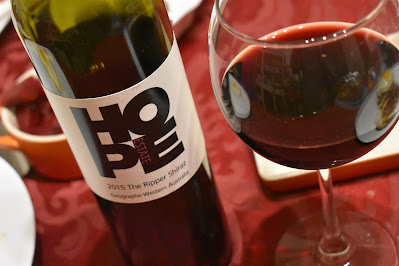 The bottle that I sourced was the Hope Estate 2015 The Ripper Shiraz. Interestingly enough, while the grapes from this single varietal were grown, harvested, and crushed in the Western Australia's Geographe region, the juice is, then, driven all the way across Australia's expanse to the Hope Estate winery in the Hunter Valley in New South Wales!
Named for Michael Hope, the estate's owner and founder, this wine was part of a 'Hope for the Koalas' in the Spring of 2020. Because Australia’s koala population was decimated by devastating bushfires. It was estimated that over 10,000 koalas were killed by the fires, and as much as 80% of their habitat destroyed. The campaign - which is no longer up and running - donated $1 for every Hope Estate bottle sold in the United States during a three month period. And, at under $20 per bottle, this was one I would happily have purchased more to support the cause. I will keep my eyes open for more philanthropic opportunities with this winemaker, however, as he seems to be one of those in the world determined to do good. I guess his surname is appropriate: Hope!
Aussie Burgers with the Lot 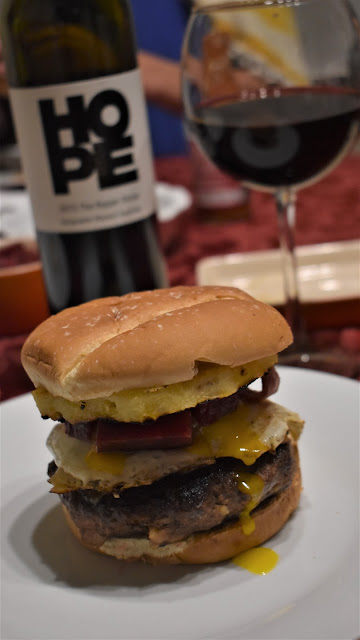 There were lots of possibilities for my pairing on this one. But, timing wise, we were preparing to take our older son back to college after a five week holiday break. So, a 'hooroo' (that's how the Aussies say 'goodbye') dinner it was; and he requested burgers. Here we would call these 'burgers with the works'. Down Under, it's 'burgers with the lot.'
Hooroo! 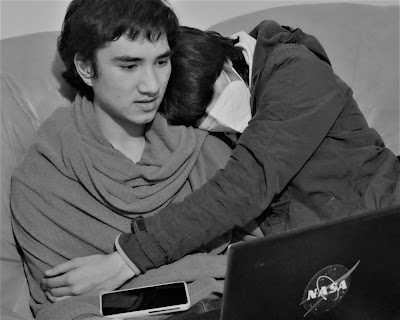 So, Australian burgers - with the lot - have a whole lot going on. Seriously, as I read the ingredient list, I was stunned at the number of flavors and layers to these burgers. My shopping list read: beef, barbeque sauce, eggs, bacon, pineapple, beets, and cheddar cheese. "No lettuce? No tomatoes?" D asked, I confirmed. Nope.
Don't get me wrong: we love less-than-plain burgers. Just look at my Teriyaki Sauce-Swabbed Venison Burgers with Grilled Pineapple and Sesame Onions or Curry Burgers with Blueberry Chutney and Coconut-Lime Slaw. But these Aussie burgers were really hard to eat.
Also, read my post about 'Burger Order' and know that everyone had a criticism about how I assembled these. Oye. Next time they can come into the kitchen and put them together for themselves. I was just trying to be efficient and serve straight from cooking to plates without pulling out a bunch of serving platters.
Another note: I usually make my own burgers buns, but the description of 'white and fluffy' do not usually apply to mine. I have made Sourdough Beet Buns and other Seeded Sourdough Buns. But to fulfill the 'white, fluffy' buns request, I just bought them. My trio was ecstatic.
Ingredients serves 6 (I dropped off 2 burgers to my parents) 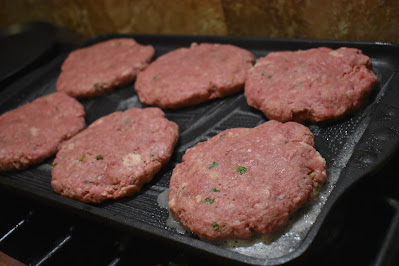 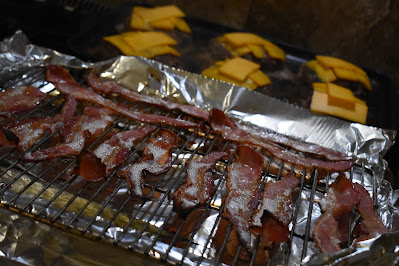 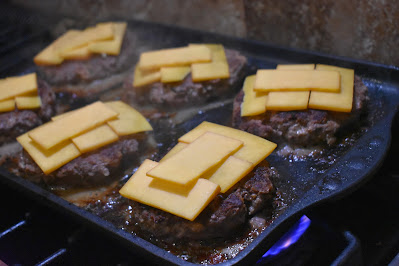 Burger
Place breadcrumbs in a small bowl and stir in the milk. Stir together until well-combined. Add all of the other burger ingredients to a large mixing bowl. Mix until well-combined. Add in the soaked breadcrumbs and mix again. Let rest. Then form the meat into 6 equal size patties, these were about 6 ounces each.
Place on a parchment-lined plate and set aside until ready to cook. Just before cooking, sprinkle the patty with freshly ground pepper and place that side down on the grill. Before flipping, sprinkle the burger with pepper again so that the newly seasoned side is face down.

Cook, as desired, on a grill or on the stove with grill pan. When the burgers are almost done, place slices of cheddar cheese on top and cook until melted. 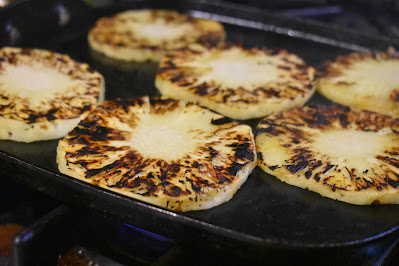 While the burgers are cooking, prepare the lot! Grill the pineapple; slice the pickled beets; fry the eggs. 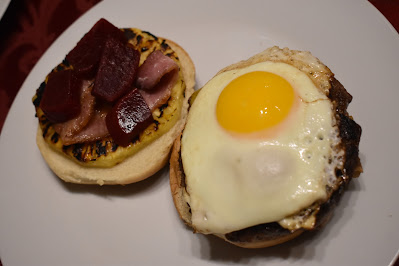 Let everyone assemble their own burgers or prepare for complaints on your erroneous burger order. Ha! Maybe that's just my household.
That's a wrap for the #WorldWineTravel discussion of Western Australia. We'll be back next month as Gwendolyn of Wine Predator...Gwendolyn Alley leads us in our exploration of Southern Australian Reds. Read her invitation.