A Salad for Saul #MoviesandMunchies 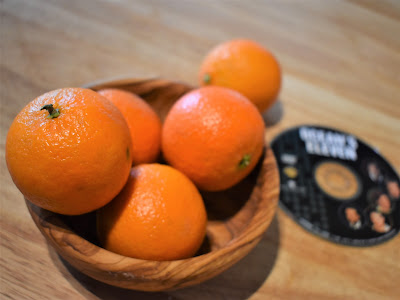 This month several of the #FoodNFlix bloggers are migrating over to a new group called #MoviesandMunchies. Amy of Amy's Cooking Adventures is leading the charge for our inaugural month. You can read Amy's invitation: here. She asked us to watch Ocean's Eleven.
I can't even begin to imagine how many times my family and I have seen that movie. We debate around the table which of the movies we like best: Oceans Eleven, Ocean's Twelve, or Ocean's Thirteen. I can tell you that we only watched Ocean's Eight one time and we have never seen the original Ocean's Eleven. We might have to track that one down soon.
The one we watched is Steven Soderbergh's remake, a slick heist flick with tons of A-list actors including George Clooney, Brad Pitt, Julia Roberts, and Matt Damon along with Hollywood veterans Andy Garcia, Elliot Gould, and Carl Reiner. Here's a brief summary: Danny Ocean (played by Clooney) decides to rob three Las Vegas casinos with the help ten other career criminals. Don't get me wrong: these characters are thieves, but they are charismatic and infinitely likeable so you are definitely rooting for them versus the nefarious Terry Benedict (played by Garcia) who is also, Ocean's ex-wife's new boyfriend.
This is a fun movie that always entertains, no matter how many times we've watched it. I actually have several recipes I am going to post for this #MoviesandMunchies event, but I am going to start with a salad for Saul inspired by this exchange when Rusty (Pitt) goes to recruit Saul (Reiner) to be part of the team. Saul is in the stands at a dog race, peeling an orange. For some reason, this scene always makes my boys chuckle...probably because they have heard - from me - their entire lives that if you can get vitamins and nutrients from real food, that is the best! 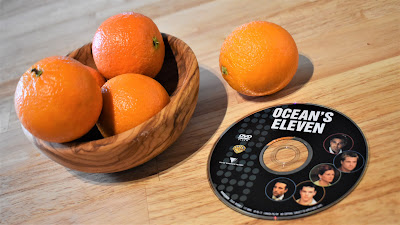 Saul: [at the race track] I saw you at the paddock... before the second race, outside the men's room when I placed my bet. I saw you before you even got up this morning.
Rusty: How you been, Saul?
Saul: Never better.
Rusty: What's with the orange?
Saul: My doctor says I need vitamins.
Rusty: So why don't you take vitamins?

Saul: You come here to give me a physical?
Ingredients 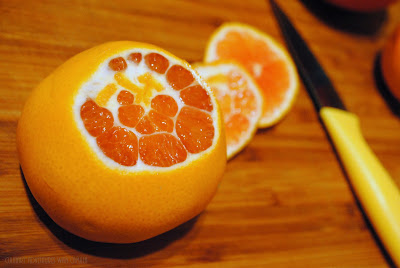 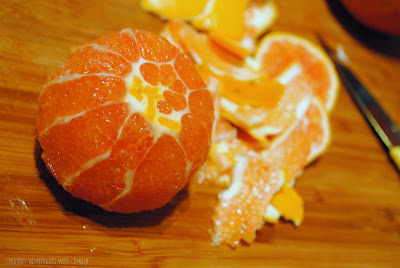 With a paring knife, slice off the skins of the oranges. Thinly slice the peeled oranges. Slice the peeled avocadoes to a similar thickness of the orange slices.
Place a handful for greens on a serving platter. Arrange the avocado and orange slices on the greens, then sprinkle with freshly ground salt and freshly ground pepper.
In a mason jar, add all of the dressing ingredients. Shake to emulsify. Shake, shake, shake, and shake some more. Drizzle the dressing over the salad. Serve immediately. 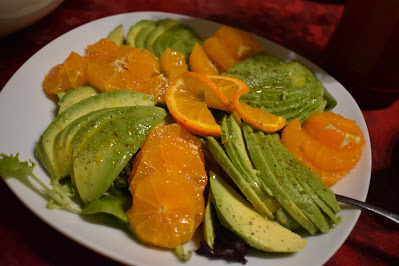