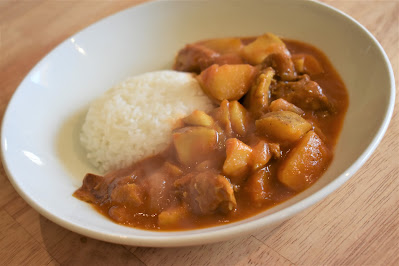 The Taste of Ginger: A Novel by Mansi Shah was another of the books that I read in the last quarter of 2021, but never posted about. I finally got around to making a dish inspired by it.
On the Page 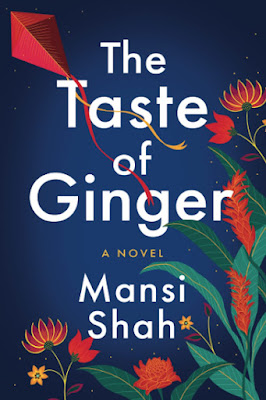 This is another novel about an immigrant experience. In this case Preeti emigrated from India as a child and is largely Americanized with a white boyfriend and a disapproving family. She is also a successful attorney in Los Angeles. After a tragic accident befalls her pregnant sister-in-law while on vacation, Preeti finds herself back in India.
I enjoyed the immersion into the Indian culture, though the taboos around the interactions between castes really made my stomach churn. This is a quote that sums up her familial interatctions, "My family was no different from every other Indian family we knew, and putting on the pretense of being a happy family was more important than actually being one."
She contrasts her family with 'normal' families: "Who exactly do you think is this 'normal’ family?' We both knew that by normal I meant American families. White families. Families like Carrie’s. Families that wore shoes in the house, ate turkey and gravy on Thanksgiving, always had dessert after a meal, had pets, and had parents who kissed each other in front of their children."
This book was a breeze to read and I would certainly pick up another titles by the same author in the future.
On the Plate 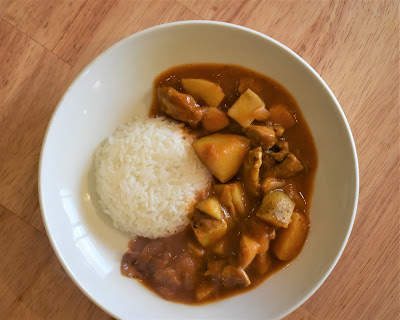 There was quite a bit of food in this novel. I considered making samosas...

"Neel picked up a samosa and sank his teeth into the crunchy pastry shell. He had the metabolism of a hummingbird and could probably eat his weight in fried food without it affecting him in the slightest."

"The glass top of the coffee table had a chip from when I had seen a gecko lizard creeping along the wall and dropped a mug of hot rose milk. I thought I hadn’t missed India at all, but the nostalgia of being in this house again washed over me, and for a second, it felt like home again."

But, in the end, I landed on a sabzi. Preeti said, "Before each of us, Gautam had placed a steel thali of dal, bhat, rotli, and shaak. It was our standard weeknight meal, and tonight’s shaak was eggplant and potato. I hated eggplant but ate it without making any fuss. Today, it tasted delicious. Every Gujarati thali has one common sabzi in it, Batata Nu Shaak. Turns out that's a potato curry. And it was perfect for one of our meatless evenings.

Procedure
Heat oil in a heavy bottomed pan. Add mustard seeds and cumin seeds and toast until fragrant. Stir in the ginger root and chile paste. Add in the potatoes and coat with the spices. Pour in the tomato sauce. Whisk in the turmeric, cumin, and coriander. Add in the water and bring to a boil. Reduce heat to a simmer and cook until the potatoes are fork tender, approximately 15 to 20 minutes. The cooking time depends on the thickness of the pan and the kind of potatoes that you use.
Sere hot with a serving of steamed rice.