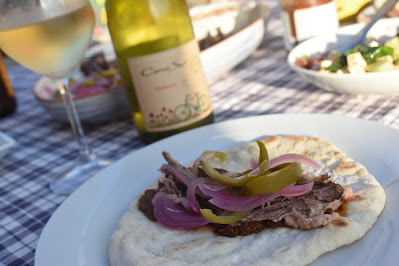 We make a lot of homemade bread. Sweet breads. Savory breads. You name it, I've probably tried it. Sourdough boules are always made in pairs and often cooling on my countertop. On the savory side of the bread world, we have made naan, bolillos, hamburger buns, and more. But, until this weekend, I have never made pita pockets.
Since our local Greek fest was canceled, again this year, due to COVID concerns, we decided to have our own festival. And R came home early from his day trip to Santa Cruz to help me make pita and kourabiedes for the dinner.
I read and researched before deciding on this process. Also, I cooked the pita on a hot skillet on the stovetop, but many recipes suggested baking on a hot stone in the oven. I will have to try that another time. But it was so rewarding to see these puff up on the skillet in front of my eyes! I doubled this recipe, but still made them in separate bowls 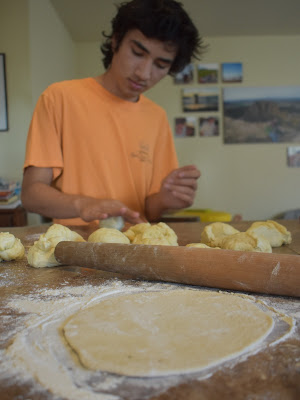 In a large mixing bowl, combine warm water, sugar, and yeast. Let bloom for fifteen minutes, until the mixture is puffy and foamy. Stir in the salt and olive oil. Then fold in the flour until completely moistened. Turn the dough out onto a lightly floured surface and knead for five minutes.
Place the dough back in an oiled bowl. Cover with a kitchen towel and let stand for at least 90 minutes or until doubled in size. 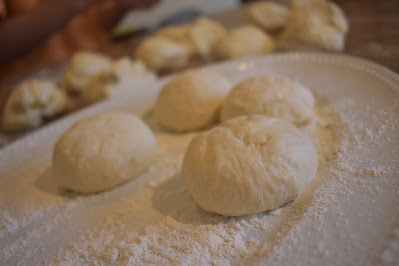 Once the dough is risen, divide the ball into 8 pieces. I weighed mine and they were 80 grams each. Roll the pieces into balls and cover them with damp kitchen towel. Let rest for 10 to 15 minutes. 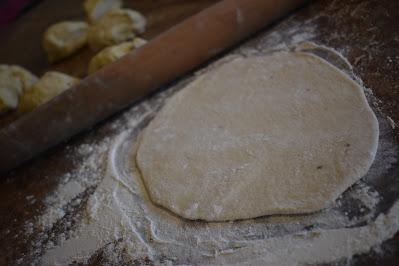 On a well-floured surface, flatten each ball lightly with your fingertips. Then use a rolling pin to press the balls into a disk approximately 6 to 7 inches in diameter. Keep the breads separated until ready for cooking. 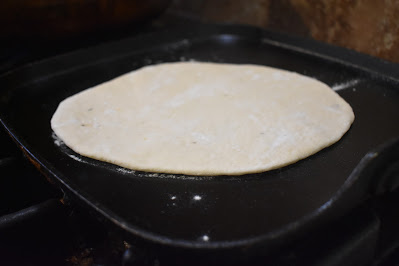 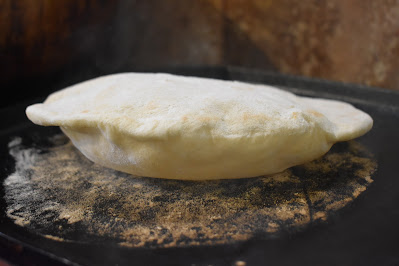 While the pita cooks, it will puff up to form the pocket. It will delate when it cools. 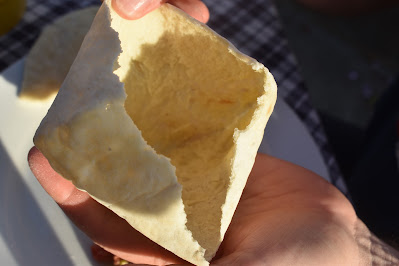 You can open up the pitas for stuffing or use it as a flatbread.