Basque Cheesecake, Weak Coffee, and the Second in a Series #FoodieReads 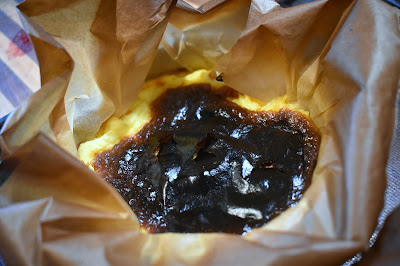 My Grape Quebec by Laura Bradbury* is the second in a series that follows her from being a 17-year-old exchange student in Burgundy to being (I'm all the way in the seventh book right now) married with two kids living back in France with her family. Book two covers her time as a university student the year that she and Franck are working to get his immigration paperwork in order so that he can join her in Canada.
On the Page 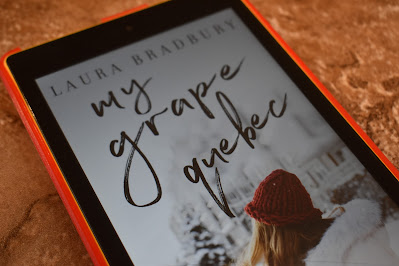 Where book one in the series documented her trials and tribulations as a foreigner in France, this book looks at the culture shock that Franck experiences in his move from Burgundy to Canada. Two things made me chuckle: his reactions to coffee and to cheesecake,
"Franck stared down at his, and then back up to me. 'What is this?' I laughed at him. 'Coffee.' I’d forgotten. He was used to espresso in tiny cups when he ordered café. He took a tentative sip and grimaced. 'I beg to differ. I have no idea what this is, but it’s not coffee.' I thought back to all those bracing, smooth espressos we had sucked back in France together. 'It’s North American diner coffee,' I said. 'It’s more or less what most coffee is like here.' 'But … how can I order a real coffee?' Franck’s face looked pale, and I didn’t think it was just from the jetlag. I shrugged. 'I guess you could order an espresso.' 'Really?' I snorted. 'No! They don’t do espressos here. Espressos are fancy, not to mention expensive. This is a diner. Diners serve only diner coffee like this so …' I picked up my mug and took a sip. 'Bottoms up.' Franck looked down at his mug. 'Must I?' 'You must. I had to adjust to espressos in France'" (pg. 59). While North American diner coffee has its place, I'll admit that I'm a bit of a coffee snob and definitely land in Franck's camp. I would rather skip coffee than drink diner swill.
And about cheesecake..."'It’s New York-style cheesecake. It’s always big. That’s the way they do things in New York, I guess.' Franck picked up his fork, but still didn’t venture a bite. 'I still can’t understand what maniac would have the idea to make a cake with cheese.' 'But it’s not cheese in the sense of Camembert or Époisses,' I explained. That would be disgusting. 'It’s made out of cream cheese which is more like … more like Saint-Moret. A soft cheese, except cream cheese is a bit sour as well as creamy.' Franck shook his head. 'Doesn’t matter. Cake and cheese just don’t go together. It should be against the law'" (pg. 62). I disagree with Franck there. In fact, Jake and I love cheesecake so much, we served seven of them on our wedding day instead of a traditional cake!
Franck's conclusion..."'Nothing ventured, nothing gained,' he said. 'I have to become Canadian, right? It seems to me eating disgusting food is part of that.' I lifted my finger. 'Ah-ah-ah, now that sounds like something a French person would say.' Franck cursed under his breath. 'This being French thing is stronger than I realized.' I nodded. 'Uh huh'" (pg. 76).
On the Plate 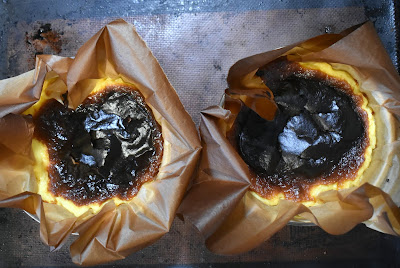 I have made - and shared - a lot of different cheesecake recipes, including Vanilla-Flecked Cheesecake with a Rhubarb Drizzle, Plain White Cheesecake, and a Strawberry Shortcake Cheesecake. On the savory side, I tried an olive-studded cheesecake and a literal cake of cheeses.
I decided to try a cheesecake recipe that would be closer to France as in at least from the same continent: a Basque cheesecake. This was eggy, burnt - on purpose - and deliciously rich. I made two small 6-inch cakes
Ingredients makes two six-inch cakes 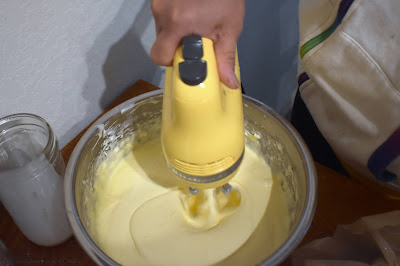 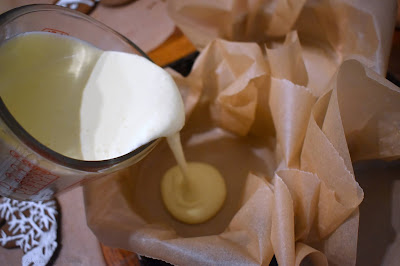 Preheat oven to 400 degrees Fahrenheit. Line pans with parchment paper, making sure paper comes up least 2" above top of pan on all sides. Place pans on a rimmed baking sheet and set aside.
Beat cream cheese and sugar until the sugar has dissolved and there are no lumps. Beat in the eggs one at a time until well-combined. Beat in the cream, salt, and vanilla.
Sift the flour over the mixture and beat until just combined. Divide batter into prepared pans.
Place sheet in the oven and bake until the cheesecakes are deeply colored on the top. They will still be jiggly in the center and will fall as they cool. Let cool completely.
Unmold and peel away the parchment before slicing into wedges. Serve at room temperature with a glass of sherry on the side. 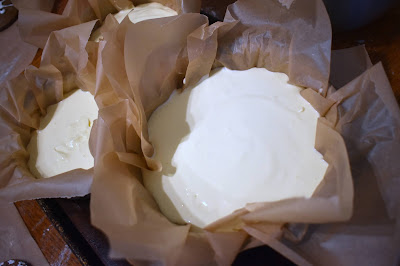 Click to see what everyone else read in September 2021: here.