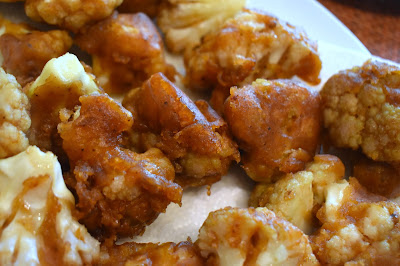 It's hard to believe that it's August already...and we, at last here on California central coast, are entering our twenty-first week of the shelter-in-place orders. That has meant lots and lots of time in the kitchen...I almost forgot that I had already picked and cooked a recipe for this event.

But here we are in August for another installment of our #EattheWorld project, being spearheaded by Evelyne of CulturEatz. Here's her challenge.

Evelyne directed us to explore the cuisine of Bangladesh. So, today the crew is sharing... 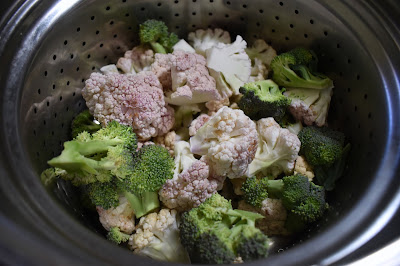 The week that I planned to make a recipe, D came home with cauliflower and broccoli from the farm on which he was working this summer. Perfect! Though I blanched them both together, this recipe only used the cauliflower. 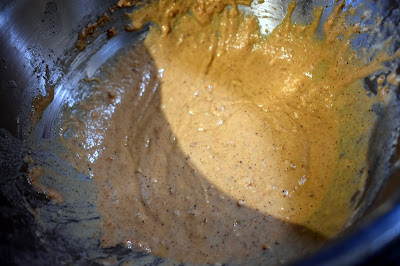 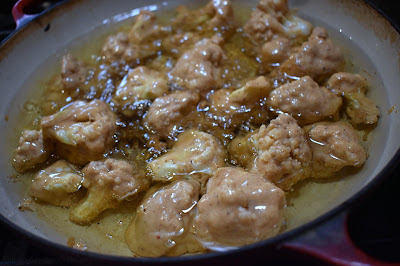 In a large mixing bowl, whisk together rice flour, flour, sugar, salt, and spices. In a medium mixing bowl, beat egg with soy sauce and water.  Pour liquids into dry ingredients mix until smooth. Let stand for 10 to 15 minutes. In the meantime blanch the cauliflower.

Place cauliflower in a large pot of water. Bring to a boil. Let boil for 1 minute, then drain. Pat dry gently.

Heat oil in a pan until it spatters when sprinkle in some water. Dip florets in batter and fry until golden brown, approximately 2 minutes per side. Remove from oil and drain on a paper towel. 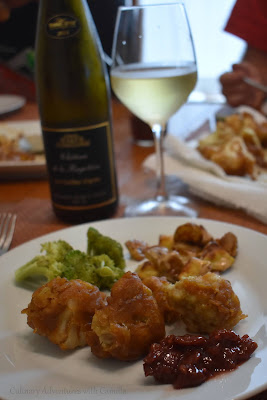 Serve immediately with chutney on the side.