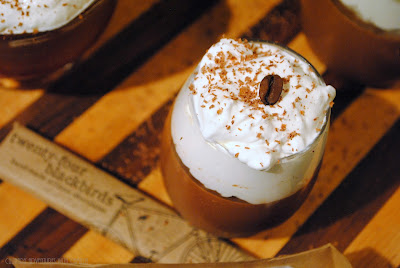 This month Tina of Squirrel Head Manor is hosting the Food'n'Flix bloggers as we watch Harry Potter and the Sorcerer's Stone*. You can read her invitation here.

So, when I saw Tina's invitation, I posted to my local friends, "Does anyone have a DVD of the first Harry Potter movie? I could stream it for $3, but I'd rather borrow it for free if possible." The next day a DVD showed up on my doorstep from a friend. Except it was Harry Potter and the Chamber of Secrets...which didn't match Tina's invitation. I messaged my friend and stated, "I don't think this is the first one." The next day, another DVD showed up on my doorstep and it was the right one. Still it took me a week to actually pop it in the DVD player.

Another friend surprised me by saying that he loved these movies and he knew what my problem was. "When you put the movie in, you are not allowed to do anything else. Don't get up and start cooking at the counter while peering at the television through the door. Don't read a book and just listen to it. And don't try to make jewelry while you're watching. Just watch the movie!" Okay, he knows me pretty well. Fine.

One evening we put the DVD in and watched about half before we drifted off. Well, Jake and I drifted off. I stood up and pressed pause on the movie only to hear my oldest son complain, "Mom, I was still watching that." Sorry. I handed him the remote control and headed off to bed.

The following evening, we picked up where we left off. And we finished watching...finally. Mission accomplished, even though it took two nights. 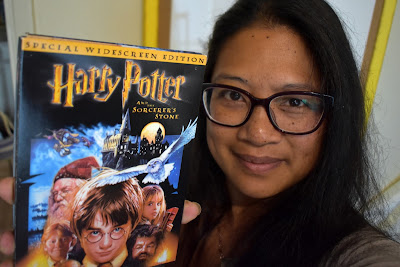 All that was simply to set up this statement: I tried. I still didn't care for the movie or the characters.  But I'll brief describe the movie before I move on to the dish that it inspired.


Harry Potter has been living under the stairs with his cruel (and abusive) aunt and uncle for the past decade...after he was left on the doorstep by Professor McGonagall and Professor Dumbledore as a baby. On his eleventh birthday he receives an invitation, explaining that he has been accepted into Hogwarts School of Witchcraft and Wizardry. There he discovers that not only were his parents wizards but he is destined to become a powerful wizard in his own right! Along with new friends and fellow students Ron Weasley and Hermione Granger, Harry refines his magical skills and confronts the evil wizard who murdered his parents. 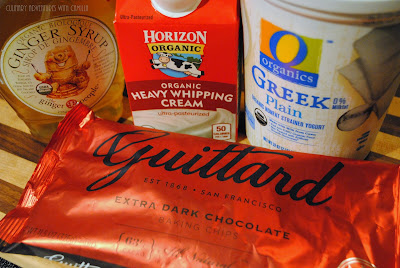 Despite not really liking the film, there was quite a bit of food inspiration. I love the Hogwarts' dining hall scenes, but you couldn't always make out what was on the table. Mostly sweets...and apples...as far as I could tell. 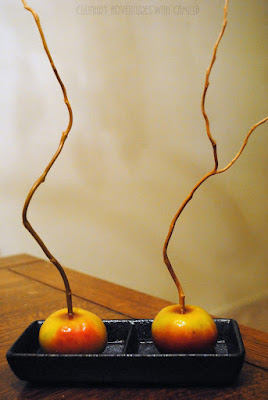 So, I considered making a version of my Diminutive Caramel Apples; they look witchy, right? But my family was clamoring for something chocolatey. Done! 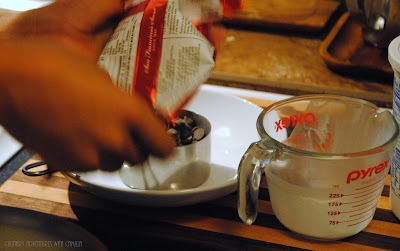 For the Cremeux
For the Caramel 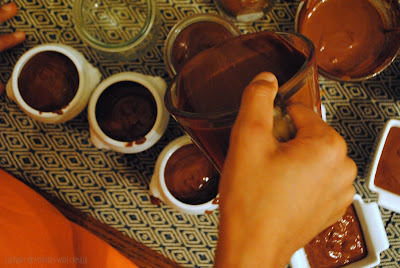 For the Cremeux
Place 1-1/2 cups organic heavy whipping cream in a sauce pan ring to a bubble again. Add in 2-1/2 cups chocolate chips or chunks and swirl until they are completely submerged. Let stand for 3 minutes. Then, with a whisk, blend till smooth - like you're making a ganache. 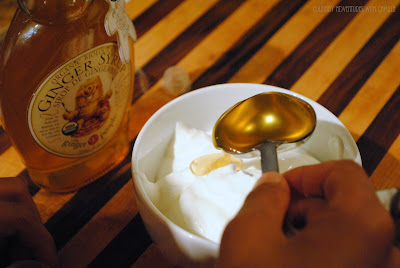 Place 1-1/2 cups thick Greek yogurt in a mixing bowl. Stir in 1 Tablespoon ginger syrup. Once the chocolate-cream is smooth, add it to the yogurt and syrup. Blend until completely combined. 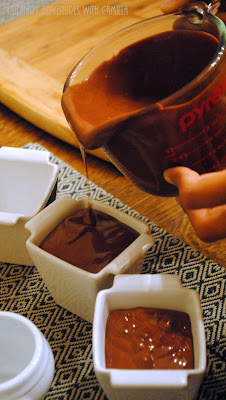 Poured the cremeux into individual ramekins, leaving room at the top of the container for the caramel and the whipped cream. Covered the pots with plastic wrap and let them set overnight. 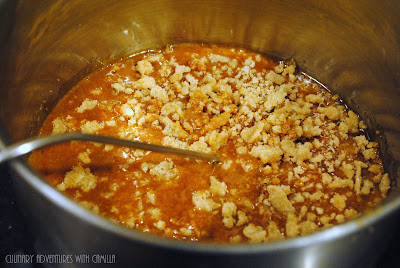 For the Caramel
Place sugar in heavy saucepan that holds, at least, two quarts. Heat the sugar over medium-high heat, whisking as it begins to melt. The sugar will begin to form clumps. Keep whisking and they will melt back down.

Once all the sugar has melted, swirl the pan occasionally while the sugar continues to cook. 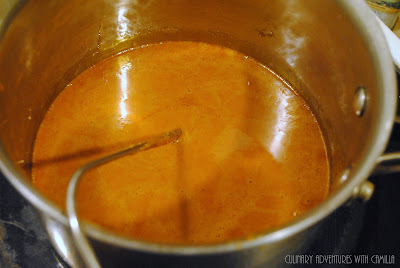 Cook until the sugar has reached a deep amber color. It should have a slightly nutty aroma and be almost a reddish brown. Using a candy thermometer, cook till it reaches 350 degrees Fahrenheit. 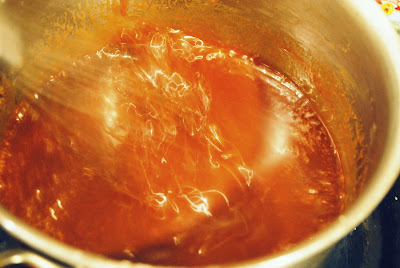 As soon as the caramel reaches 350 degrees Fahrenheit, add the butter cubes all at once. Be careful because the caramel will bubble up. Whisk the butter into the caramel until completely melted. Stir in the instant coffee.

Remove the pan from the heat and slowly pour the cream into the caramel. Again, take care because the mixture will bubble up again. Whisk until all of the cream has been incorporated and you have a smooth sauce. Add the fleur de sel. Whisk to incorporate. 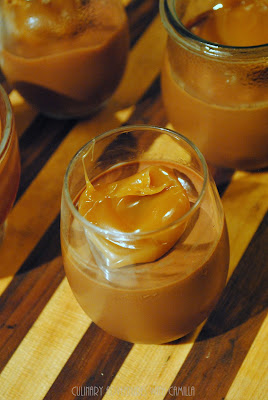 You can use this sauce warm, but I let it cool until it was spoonable and held its shape.

For the Cream
Place all of the ingredients in a large mixing bowl. Beat until peaks have formed. 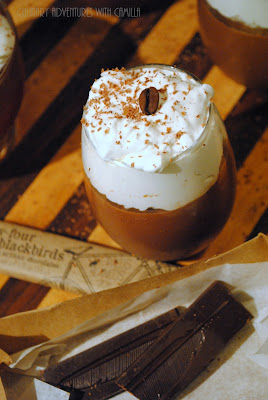 For Serving
Remove the cremeux from the fridge. Spoon a dollop of caramel over the top. Spoon whipped cream over the caramel. Use a microplane to shave bits of chocolate on the whipped cream. Garnish with a coffee bean. 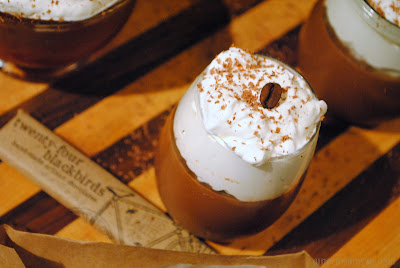 And I just realized that this would have been appropriate for next month's Food'N'Flix event when we'll be watching Chocolat with the group's founder, Heather of All Roads Lead to the Kitchen, at the head. Stay tuned...