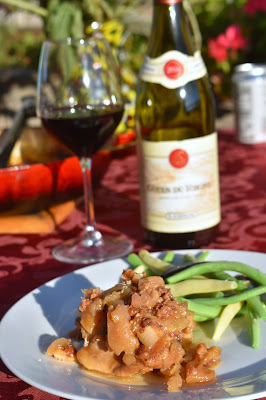 With Sue of A Palatable Pastime as our host, we're sharing our favorite French recipes! She wrote: "We're baking  foods from France this month, by popular demand. Sweet or savory, some portion of the  recipe should be baked." I can't wait to have some new French recipes. Here's the line-up... 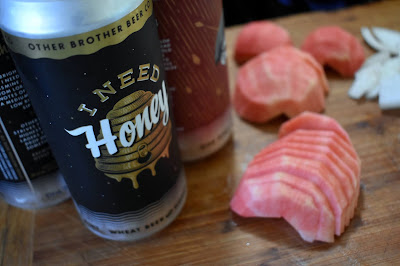 This simple, classic braise from northern France brings together the fall flavors of sweet apples, yeasty beer, cream and chicken. The only trick is flambéing the brandy, which gives it a toasty flavor — it’s literally playing with fire, so if you’d prefer not to do that, you can stay safe and get very similar results by pouring the liquor in off-heat, and gently simmering it to evaporate the alcohol.

And, typically, it's made with hard cider and Calvados or apple brandy. I didn't have any of either, but I had some unfiltered honey wheat beer from a local brewery and Pisco, a Peruvian brandy. It was delicious. 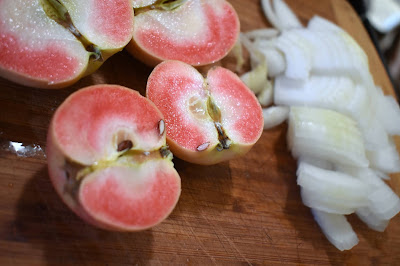 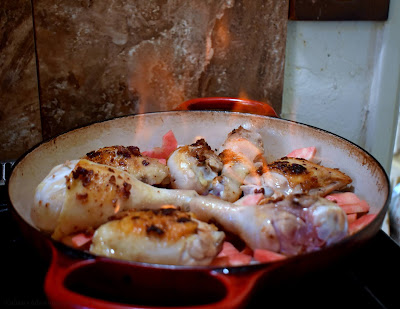 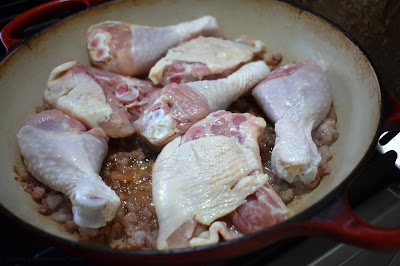 Season the chicken with salt and pepper on both sides. Heat the ground bacon in a large Dutch oven or deep skillet (I used my Le Creuset braiser) over medium heat until the fat is rendered and shimmering. Place the chicken, skin-side down, and cook until a deep golden, approximately 10 to 12 minutes. Flip and sear the other side until golden, approximately another 5 minutes. Remove the chicken from the pan, leaving the rendered fat in the bottom. 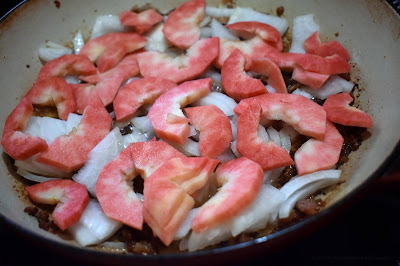 Add in the onions and apples and stir to coat with the fat. Nestle the chicken thighs on top of the apples and onions. 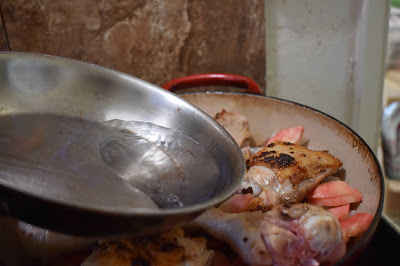 Pour the brandy in a small saucepan and heat gently. When it begins to steam, use a stick lighter or long match to ignite it. While it's burning, pour the brandy over the chicken and let it burn out. 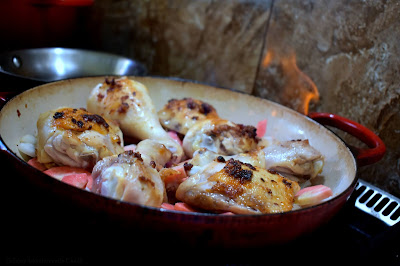 It might take a minute or two before the alcohol burns off and the flames subside. 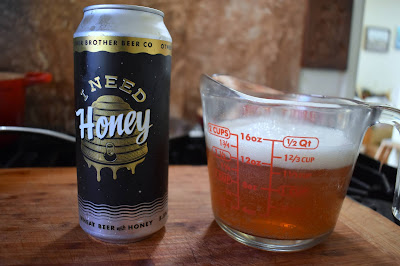 Pour the cider or beer over the dish and bring it to a boil. Cover and place in the oven. Bake for 35 to 40 minutes until the chicken is cooked through.

If the sauce is thick enough for your liking, simply drizzle the chicken with the crème fraîche or buttermilk. If you prefer it thicker, place the heat on a burner over medium heat and let the sauce reduce. 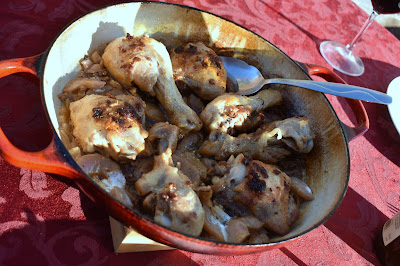 Serve the dish immediately. I offered blanched beans on the side. 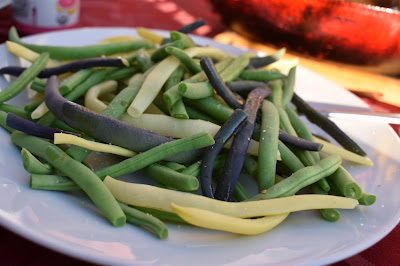