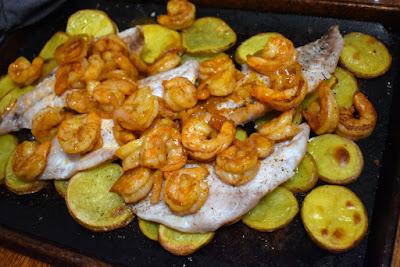 This month, Sue of Palatable Pastime told the Baking Bloggers that for May: "We'll be baking Spanish cuisine this month- anything goes, sweet or savory, baked goods, desserts, side dishes, entree,  you name it, as long as it is Spanish and some portion of the recipe is baked." Here's the #BakingBloggers Spanish-inspired baking party. 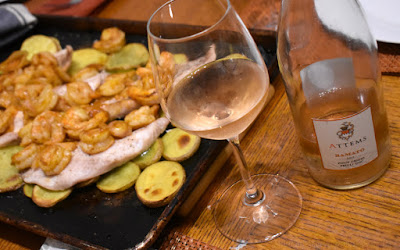 As I usually do, when I have a Spanish cooking project to research, I sent a message to good friends who are Spanish, but live here for now. Susana pointed me towards Merluza rellena de setas y gambas, but D is mushroom-averse. Weird kid! Then she gave me a link to Bacalao al horno con almejas y gambas since it didn't have mushrooms. And, as usual, I didn't follow either recipe but used it as inspiration for my own version: Pescado al Horno con Gambas, Fish in the Oven with Shrimp.The night that I served this, we paired it with leftover Attems Ramato Pinot Grigio 2017. 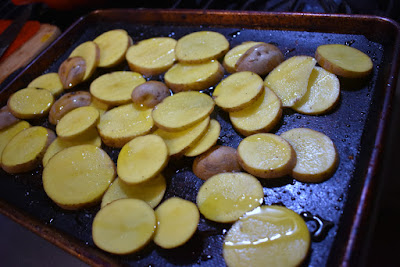 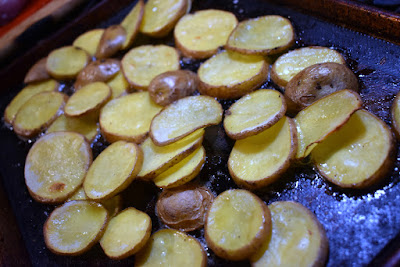 Place shrimp, garlic, sweet paprika, white wine, and 1 T olive oil in a small mixing bowl. Toss to coat and let marinate while you are cooking and preparing everything else.

Place potato slices on a parchment paper or silicone mat-lined baking sheet. Drizzle with olive oil and sprinkle with salt and pepper. Roast for 30 minutes. 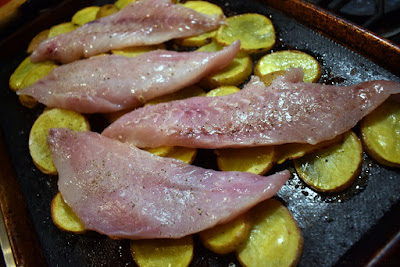 Remove tray from the oven and place the fish fillets on top. Sprinkle with salt and pepper. Drizzle with olive oil and return the sheetpan to the oven. Roast for 4 to 5 minutes. The fish should be opaque, but not fully cooked. 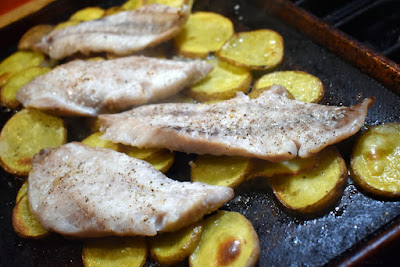 Remove the shrimp from the marinade and place them on top of the fish. Return the tray to the oven and roast for another 8 to 10 minutes. Both the shrimp and the fish should be fully cooked. 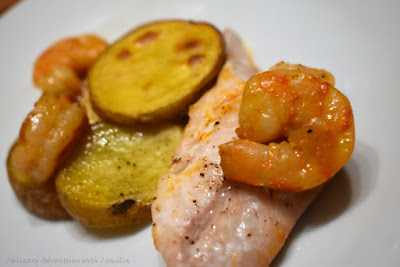 Remove from the oven and serve hot.