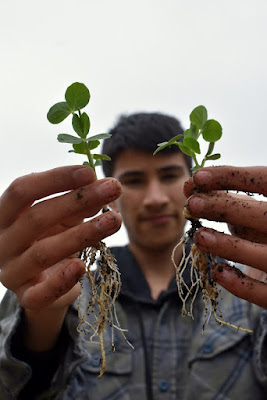 Before this week, I had never heard the term 'victory garden'. And, truth be told, D planted this garden before we were sheltered in place to flatten the curve of the coronavirus that's ravaging the globe. But, once I learned what a victory garden was, I was more than happy to call it that as we use it to supplement our groceries, considering the balancing act of preparedness versus panic-buying. And, really, who isn't proud to eat something they grew themselves?!

This garden was what he chose to do for his Personal Project - that's a year-long project at the end of the MYP (Middle Years Programme) in the IB (International Baccalaureate) curriculum and includes a written paper that's akin to a thesis...except he's a sophomore in high school. I didn't have to write a thesis till I was graduating from Berkeley!

In any case, as I've been editing the paper - all 59 pages of it! - this week, I know a lot more about it. So, I'll share some background about this beautiful garden that's feeding us right now. 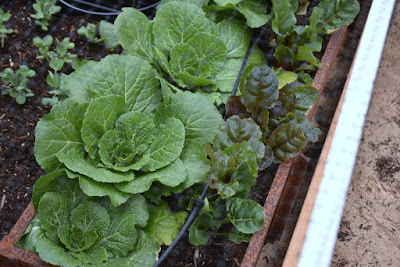 He started with the idea of growing enough food, using a water catchment system, to host a pop-up dinner where he would educate the guests about sustainable agriculture. His advisor, Mr. Nicholson, told him that that might be a little too complicated for this project. So, he scaled back to creating a garden with a fog collection and water storage system. He wrote, "At the [first project] meeting [in September], I started talking about the giant project that I was thinking of creating and he gave me 'project-saving advice.' ...He told me I was going too big for this project and that it would be much smarter to just focus on one of those elements of sustainable agriculture. I decided that the most important topic/issue I wanted to solve was sustainable water collection methods, i.e. fog  collectors. I decided to create a fog collector that fed an irrigation system which watered crops in my garden."

He researched, planned, measured, problem-solved, and budgeted throughout the Fall. Then, in January, he and Jake purchased the material and he got to work. 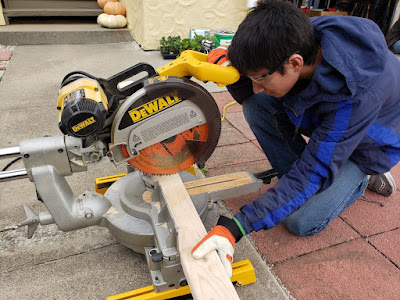 He built the fog collector. 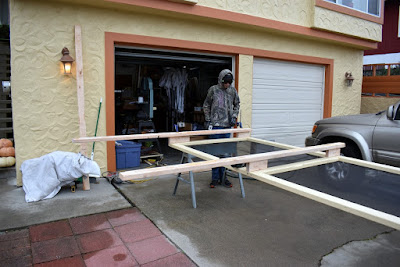 He planted into raised beds. 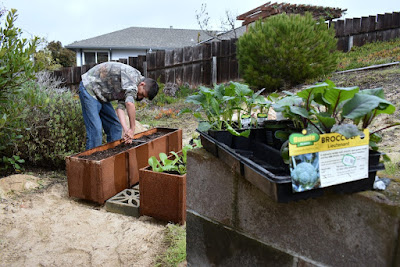 He installed the fog collector and water containment system. And, then, the garden part of the project really began. 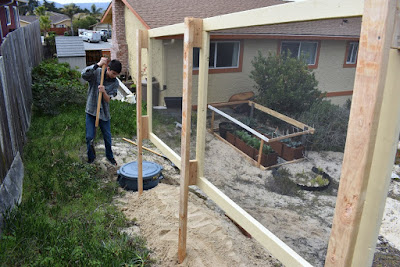 He wrote: "I hadn’t checked on my plants for about two days; when I came back I found the vegetables had been eaten by some creature. I looked for insects but then my father spotted footprints of a small mammalian animal. We later found out the animal to be a ground squirrel so my dad rushed to net off the plants with an orchard net in the hopes of protecting the plants. A few days passed and the ground squirrel hadn’t come back so I decided to create a more permanent frame so we put together a frame that the orchard mesh could be laid on so we could easily access the plants." 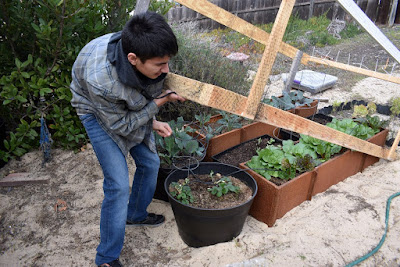 And here are some of his reflections: "Overall I am very proud of what I was able to accomplish during this personal project. Despite all the setbacks and issues I faced, I still was able to create a sustainable garden at my house. I solved the ground squirrel infestation with a protective net. I solved the freezing problem by creating a miniature greenhouse. The only problem I couldn’t solve is how to keep the irrigation system under pressure." 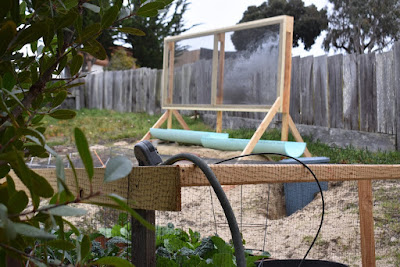 He had some thoughts about expanding the project. I'm all for that. More planter beds, please!!! Now he's we're all reaping the benefits: from personal project garden to victory garden! I'll be sharing recipes with the vegetables he's growing in the coming weeks. But I am so, so proud of him. 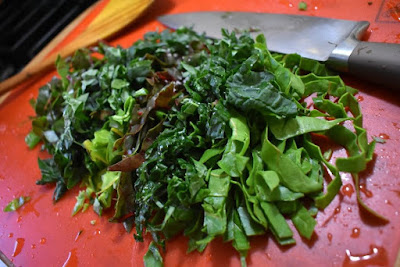 He isn't letting me harvest anything since I kill all plants and don't have any idea what to do in a garden. And I really do think he thinks his plants will perish if I even look at them. I'll happily let him harvest as long as I get to cook and eat the greens! 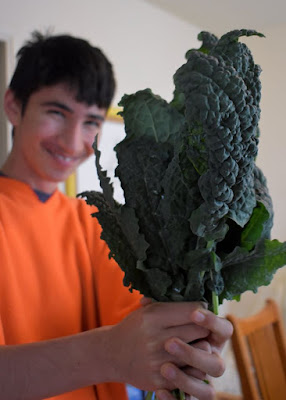 Last week, he came in with handful of kale which I added to a pot of pasta e fagioli. Then this weekend the haul included kale and chard. I used those in a meatball soup. 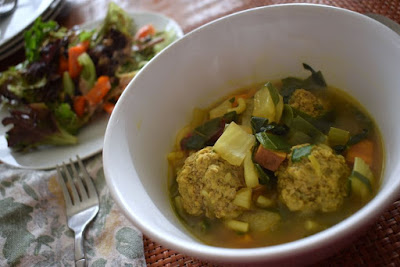 Stay tuned for more #VictoryGarden recipes. Are you growing your own food? What's in season for you??