By Camilla M. Mann October 02, 2018
This is a sponsored post written by me on behalf Cakebread Cellars, one of the #MerlotMe event sponsors.
Complimentary wine was provided for this post and this page may contain affiliate links.
However, all opinions expressed here are my own. 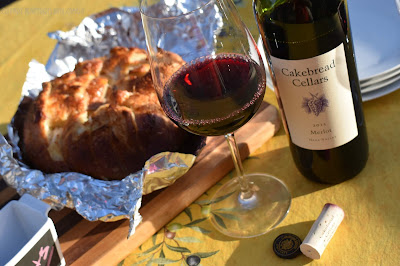 Last night I set dinner out on the patio. That's not unusual; we eat out there during all the nice months of the year. And, here on California's central coast, it's nice for many, many months. What was strange about last night: my husband and I were having a working dinner, brainstorming about an upcoming robotics event in preparation for tonight's meeting with the larger planning committee.

J: Aren't we working on FIRST tonight?
C: Yes. Why?
J: Why is there wine on the table, then?
C: Because it's MerlotMe time and I have ten bottles to pour and pair this month.
J: Ten bottles?
C: Yep.
J: Okay.

It's nice that he's agreeable sometimes. And he was especially happy to see that it was a Merlot from Cakebread Cellars.* That was one of the wineries we visited on a wine tasting trip to Napa Valley years ago. Before kids actually. And it's been a favorite ever since though this is the first time we've tried their Merlot. This was me when I opened up the shipment... 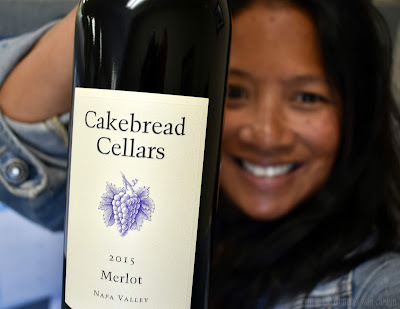 Founded the year I was born - 1973 - Cakebread Cellars released its first wine, a '73 Chardonnay, with 157 cases produced. A few years later, they bottled their first Cabernet Sauvignon. And the year I graduated from high school - 1991 - they produced their first Merlot. 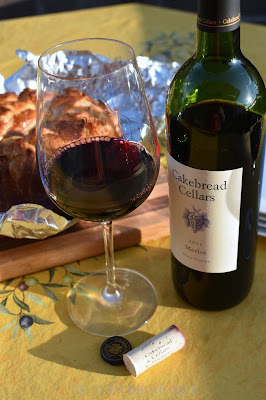 Besides loving their wines, I love their stated philosophy and "the belief that life’s occasions are elevated by good people, good food, and good wine flows through everything" they do. 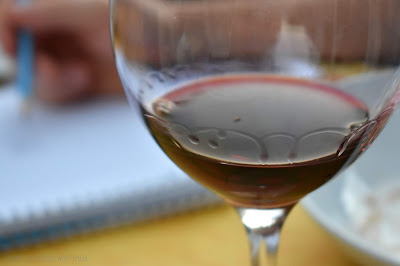 A quick look at their website shows that the 2015 Merlot isn't yet available for purchase - just yet -but the '13 and '14 retail for $54, so I would guess that this bottle is similarly priced. This is a 95% Merlot, 5% Cabernet Franc blend with 79% estate grapes from their Napa Valley Vineyard. After it was harvested in August and September 2015, it spend 17 months in French oak. The resulting wine has a 14.9% alcohol content and winemaker Julianne Laks comments that "Rich, concentrated flavors of ripe blackberry, black plum and blackcurrant fill the lush palate...."

Not surprisingly, 'lush' would have been my first word pick, too. But, since she chose it, I'll go with supple and lithe. Deep fruit aromas are tempered with a light floral note. And it definitely fills the palate with lingering fruit and mineral highlights. What a delicious wine! 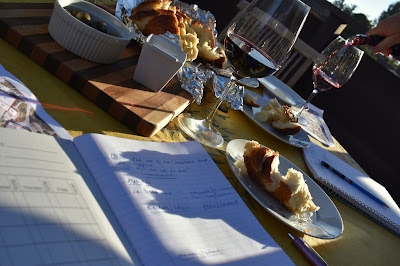 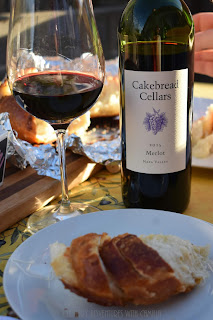 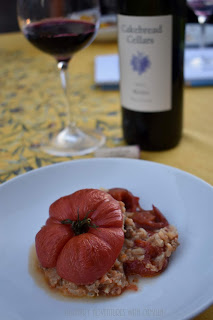 The wine held its own against the strong aromatics and acidity of the tomatoes. 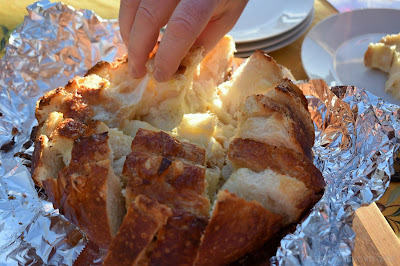 Preheat the oven to 400 degrees F. Use a bread knife to cut a grid pattern into the top of the bread. Don't cut all the way through so that the loaf stays together.

Melt the butter in a splash of olive oil. Stir in the garlic and cook for just a minute or two until it is aromatic, but not browned. Remove from the heat.

Gently pull the cubes of bread apart and spoon some garlic butter into the cuts. Spread it over top. Sprinkle the cheese into the cuts and on top, too. Wrap the loaf in foil and place it on a baking sheet.

Bake the bread until heated through, approximately 10 to 12 minutes. Unwrap the foil and return to the oven. Bake, again, until slightly crisp on the outside, approximately 5 to 7 minutes more. Serve immediately. 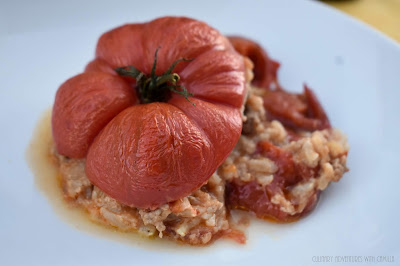 Though I could live on bread alone (for the record, I don't actually think that!), I know I needed some protein, too. I wanted to use these gorgeous heirloom tomatoes from Farmer Jamie at Serendipity Farms. 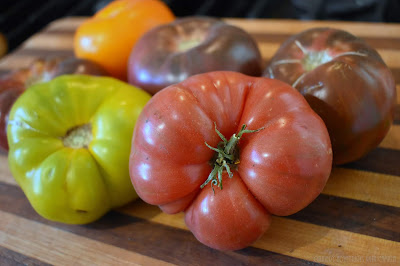 So I decided to stuff them with a meaty filling. 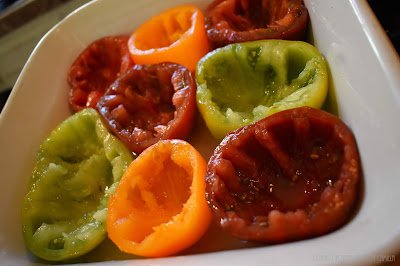 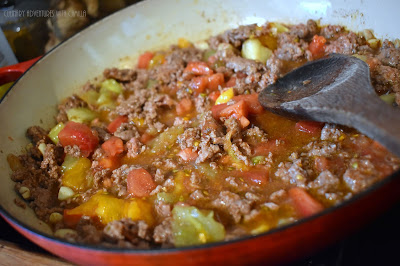 In a large skillet, heat the olive oil. Add the onions and cook over medium heat, until they are softened and beginning to turn translucent, approximately 5 to 6 minutes. Add the garlic and beef. Cook until the meat is browned, approximately 5 minutes. Stir in the spices. Add the chopped tomato pulp, wine, and broth. Simmer for 2 to 3 minutes. Stir in the cooked rice and keep cooking until the liquid is almost completely gone. Fold in the shredded cheese. Season to taste with salt and pepper, as needed.

Using a slotted spoon, stuff the tomatoes with the meat-rice filling. Drizzle the tomatoes with olive oil and replace the tops. Cover the pan with foil and bake for 40 to 45 minutes - until the tomatoes are tender. Uncover and let stand for about 10 minutes before serving. 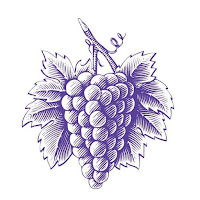 on the web, on Facebook, on YouTube
*Disclosure: I received compensation in the form of wine samples for recipe development and generating social media traction. My opinions do not necessarily reflect the opinions of the organizer and sponsors of this event.