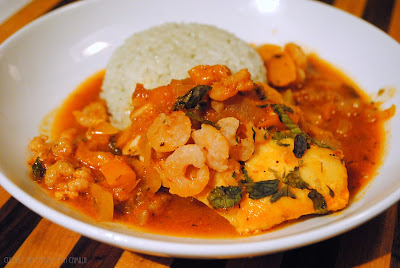 Last month, Food'N'Flix returned after a brief hiatus. Oh, happy day. I've missed this food-loving, flick-watching group. And this month, the group's creator - Heather of All Roads Lead to the Kitchen - is hosting again. You can read her invitation here, but she's invited us to watch The Princess and the Frog.*

Initially, I put the movie in my Netflix queue because I didn't think my household would be interested in owning a movie about a princess. Remember, I am a permanent resident of Testosterone Land with a husband and two teenage boys.

However, I was pleasantly surprised that (1) they wanted to watch the movie with me for this post, (2) they really liked it, and (3) they wanted to own it...or, at least, the soundtrack. I sprung for the movie. 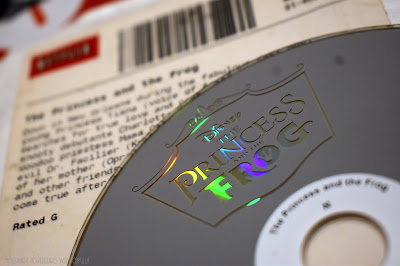 R mentioned some fact about this being the last hand-drawn Disney movie. I didn't verify it for myself, but it certainly had the look of the older Disney movies...the ones that I watched and loved as a child and a teen. It felt classic in that sense.

Set in a mostly in an African-American part of New Orleans, post World War I, we are introduced to Tiana whose mother is a seamstress and father a gumbo guru who goes off with the military and doesn't return. Tiana grips onto her dream of opening a restaurant and serving up her dad's gumbo.

So, in most Disney princess movies, you have a princess who find her prince, right? This isn't new: A princess kisses a frog, and it turns into a handsome Prince Charming. But, in this case, she turns into a frog! Sorry for the spoiler, but it's important to the story. Now Tiana and the visiting Prince Naveen of Malvonia are both frogs, held captive by a spell from the evil voodoo villain. Our favorite characters were Louis, a jazz-playing saxophonist who also happens to be an alligator, and Ray, a firefly akin to Jiminy Cricket. All are involved in figuring out how to return Tiana and Naveen to the human realm.

Now, you'll just have to watch it to see what happens. I really enjoyed this movie and wouldn't have picked to watch it if it weren't for Heather and Food'N'Flix. You still have time to join in the Princess and the Frog fun as it's early in October.

But, if you want to jump in next month, Wendy at A Day in the Life on the Farm is hosting us as we watch A Man Called Ove. 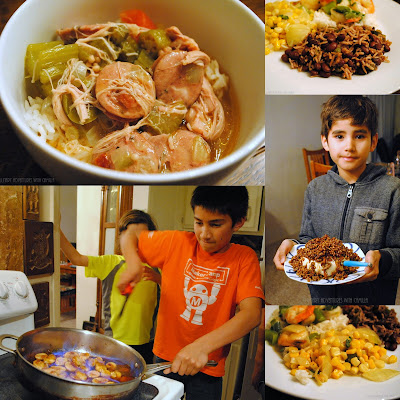 We adore Cajun food. In fact, for my son's 13th birthday dinner party a couple of years ago, he invited over his best buddies and they cooked thirteen different Cajun bites for dinner. Their menu included Chicken & Sausage Gumbo, Creole Cheese Ball, Red Beans & Rice, Maque Choux, and - their favorite! - Flambéed Bananas. So, for this event, I wanted to try a new-to-us Cajun dish. I came across several recipes for Courtbouillon which, in Louisiana, they pronounce coo-BEE-yon. 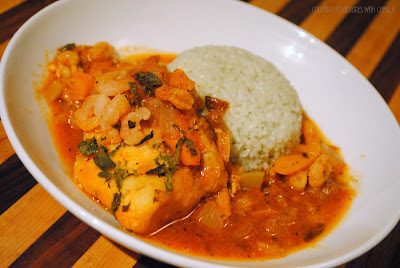 I made a few adjustments based on what I have available to me here on California's central coast. There it would be made with catfish. Since I am not a huge fan of catfish, I opted to use filets of Pacific cod and topped it with bay shrimp. Also, I swapped in an orange bell pepper, used a fresh jalapeno for some heat, and included three different fresh herbs instead of just parsley. So, this bowl is not totally traditional, but it's delicious nonetheless! 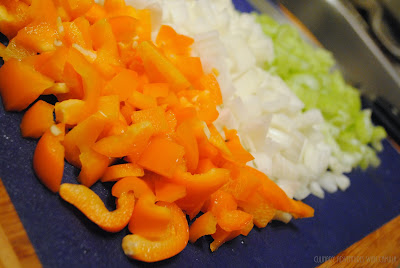 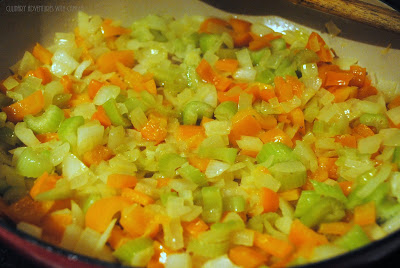 First step is to make a roux. Melt the butter in a skillet. Add in the flour. Whisk until it's a smooth, thick paste. Set aside until ready to use.

In a medium saucepan, heat stock to a simmer and keep warm.

In a large, flat bottom pan with a tight fitting lid, heat olive oil. Stir in the onions, celery, bell peppers, and jalapeno pepper. Cook until the onions are softened and beginning to turn translucent. Stir in the roux, then pour in the warmed stock. When the roux is completely dissolved, pour in the tomato sauce and bring to a boil. Reduce heat and simmer for 30 minutes, until reduced and thickened.

Taste and adjust seasoning, adding in the Cajun seasoning, salt, and pepper. Blend all the herbs together and set aside. 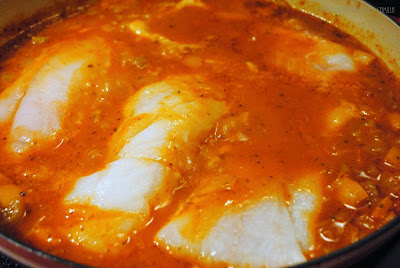 Nestle the fish in the sauce and simmer for 10 to 15 minutes, until the fish is opaque and firm to the touch. 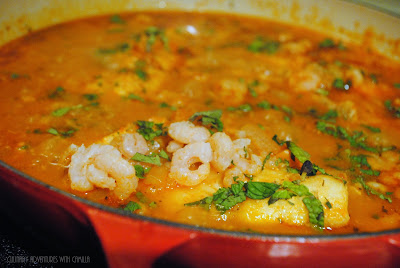 Sprinkle the shrimp on top of the fish and top with fresh herbs.

To serve, place cooked rice in a bowl. Ladle the courtbouillon over the top and serve with lemon wedges and hot sauce. 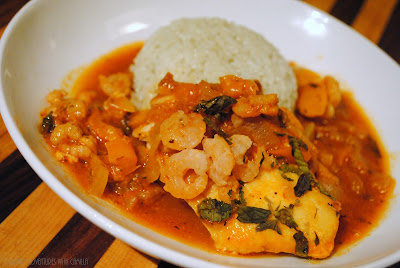