By Camilla M. Mann April 13, 2018
This is a sponsored post written by me in conjunction with the April #WinePW Navarra event.
Wine samples were provided for this post and this page may contain affiliate links. 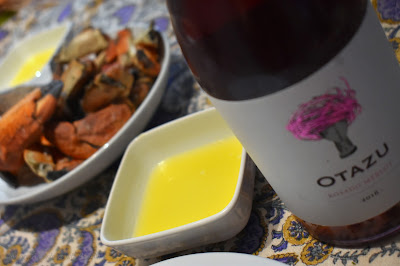 This month Gwendolyn of Wine Predator is hosting the Wine Pairing Weekend - #WinePW - bloggers. She asked us to explore the Spanish region of Navarra. You can read her invitation: here. And she also arranged for several of us to receive samples of Navarra wine. So nice! 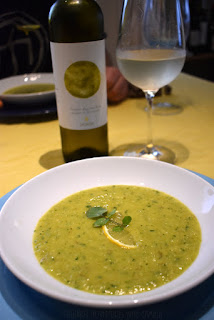 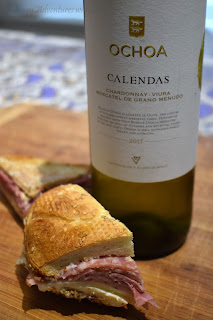 I received two bottles* and decided to feature one for the #WinePW event. The other I poured with soup and sandwiches for a couple refreshing, easy Springtime dinners.


Navarra
Navarra is a region best known for its annual Running of the Bulls - locally called Sanfermines - a festival that transforms Pamplona's narrow streets into the site of much revelry and rosado.

The region is also revered for its fresh products, including asparagus, piquillo peppers, artichokes, and sheep-milk cheeses such as Roncal and Idiazába. If I ever make it there, I hope I can wrangle an invitation to one of their sociedades gastronomicas, private gastronomy clubs.

The climate diversity in the region merges with a range of soils to allow for many different grape varietals. So there are high quality whites, rosés, reds, and dessert wines all in one viticultural area.

The Other Pours from Navarra


And, if you're reading this early enough, you can join the #WinePW conversation on Saturday, April 14th on Twitter. Follow #WinePW starting at 8am Pacific...or check out the stream anytime using that hashtag. 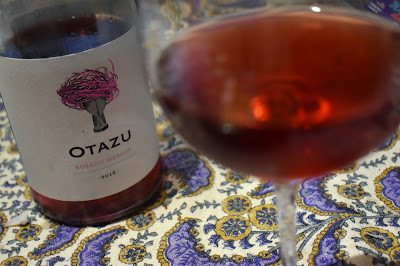 Otazu Merlot Rosado
One of the wines I received was a Rosé from Bodega Otazu. Located less than 6 miles from Pamplona, Bodega Otazu was founded in the mid-19th century. A single varietal - 100% Merlot - the winemaker José Luis Ruiz uses the traditional method of free running. Free running is basically when bunches of grapes are stacked up on top of each other, the sheer weight of all the grapes results in the release of the juice. After the juice is clarified, the wine ferments in stainless steel tanks. 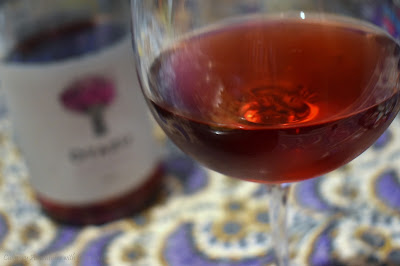 To the eye, the wine is an intense shade of raspberry. On the nose, you get a hint of ripe berries. And on the tongue, the wine is balanced, round, and simultaneously silky and refreshing. This was the perfect wine to pour with a simple local seafood dinner. 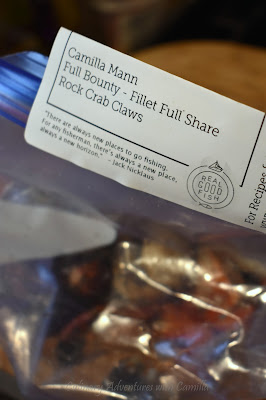 Pacific Rock Crab Claws
On the same day that my bottles arrived, my CSF (community-supported fishery, Real Good Fish) share was Pacific Rock Crab claws. Rock crab are delicious and similar to a Dungeness crab, but slightly smaller with thicker shells. I find their flavor a bit more luscious, and slightly less sweet than their better-known crustacean cousins. 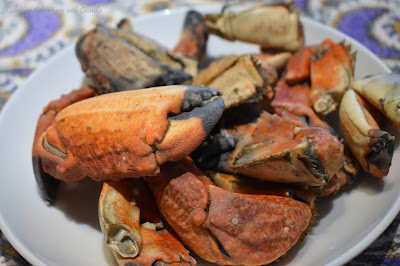 In the meantime, melt butter in a small saucepan. Remove from heat. Transfer to small serving bowls. 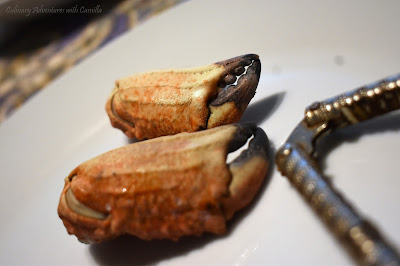 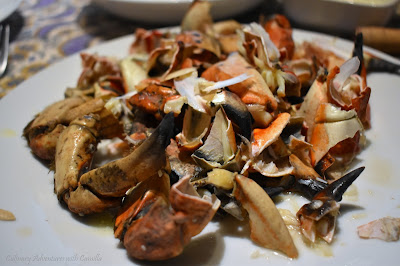 As you can see, this was a hit! Nothing by remnants left on the plate.

Next month, join the Wine Pairing Weekend crew as we focus on Wines that Start with 'M' under the guidance of Lori at Dracaena Wines. Stay tuned for more information from her on that.