By Camilla M. Mann October 22, 2017
I made a batch of horchata last week for SEM. You can read about that here. This week, since we were making a traditional Mexican rice, I decided to make another batch of horchata. 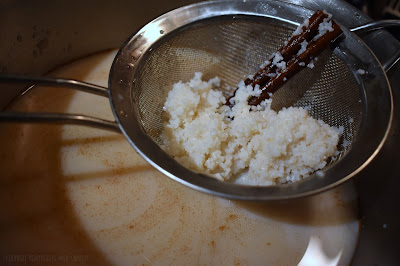 Funny story: my co-teacher is from Spain. And when she saw that I was making horchata for class, she was perplexed. In Spain, horchata is not made with rice; it's made with a kind of nut. So, she didn't know how that was applicable to our class. 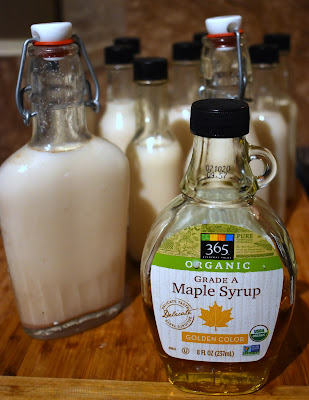 For this version, I decided to skip the granulated sugar and use some maple syrup instead. I also used less water for a thicker version. The kids - and my husband - thought this was a better horchata.

Ingredients
Procedure
Add rice and 1 C boiling water to a blender (preferably high-speed blender) and let stand for at least 10 minutes for the rice to soften. Blend for several minutes until the rice is broken up a bit. Pour into a lidded jar and add remaining water. Add in the cinnamon stick and let sit for 2-4 hours.

Add milk, ground cinnamon, vanilla and maple syrup and give it a quick stir to mix it up. Let sit for another 2 to 4 hours – longer is fine, too!