Cioppino, a San Francisco Contribution to the Culinary World #SoupSwappers 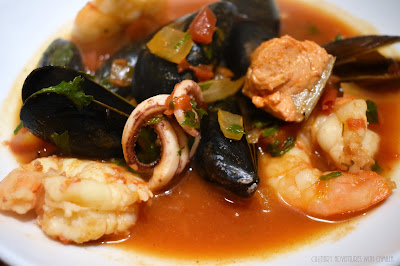 In January, Wendy of A Day in the Life on the Farm kicked off her new group: Soup Saturday Swappers.

This month Ashley of Cheese Curd in Paradise is hosting. And she wrote: "Share a recipe unique to your state, city, or even your neighborhood!"

I am SO excited about this as it is definitely turning to soup season. And I love having new recipes, especially if they are regional and meaningful to my fellow blogging friends! Thanks for the inspiration, Ashley. 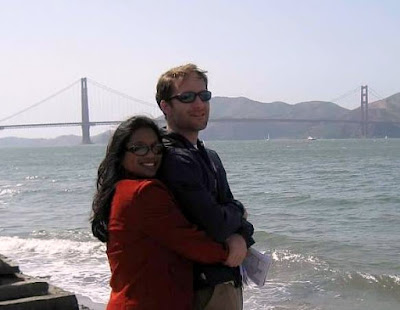 Besides Rome, San Francisco is my favorite city. Here I am with my Love, years ago, on a weekend get-away with some friends. We usually hit the City every December to celebrate our younger son's birthday (he's a Christmas baby). San Francisco is close enough for us (just a 2 hour drive without traffic) to be accessible for a quick day trip, but it's also just far enough to be special. 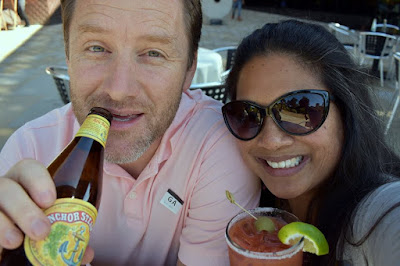 And Jake and I just spent the weekend up there a couple of weeks ago while the boys were in Hawaii with my parents. We hit three art museums, a coffee roaster, and had two delicious meals in less than 24-hours. I never say no to a mid-day bloody mary and a few hours at an art museum. Notice, he's drinking an Anchor Steam, a beer made in San Francisco.

Cioppino is NOT From Italy 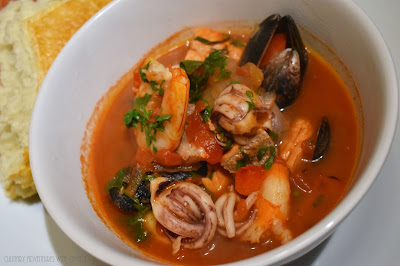 Let's start with this: Contrary to popular belief, cioppino is not an Italian dish. Cioppino was an American invention of the Italian fishermen of North Beach in San Francisco. I've read a lot of different accounts. I'm going to share the one that makes the most sense to me.

Cioppino is a tomato-based seafood stew that was invented during the late 19th century for fisherman to use whatever seafood was leftover from the day’s catch. Often it was crab, shrimp, clams, and fish; historically, it was made on the fishing boats while out at sea as well as in homes. But as Italian restaurants started sprouting up around the wharf, cioppino became a popular dish. 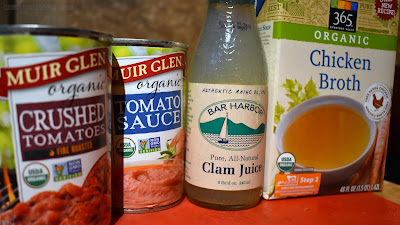 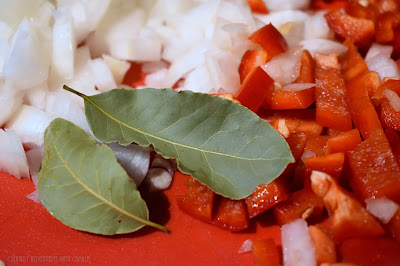 Heat olive oil in a large, heavy pot. Add in the garlic, onions, and bay leaves. Cook till aromatic, approximately 3 to 5 minutes. Stir in the red pepper and cook for another 2 minutes. Pour in the stock, clam juice, crushed tomatoes, tomato sauce, red wine, and hot sauce. Bring to a boil. Reduce the heat to a simmer and cook for 30 minutes. 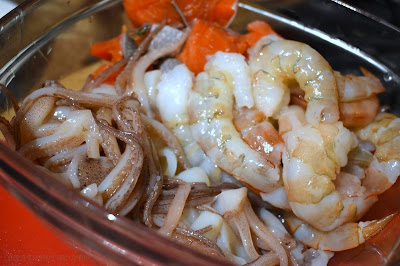 While stew is simmering, prep your seafood. Add the seafood to the pot, timing so that the ones that will take the longest to cook will be done around the same time as the ones that need to barely be blanched. Add in the mussels and cook until they open. Discard the mussels that don't open.

Discard bay leaves, then gently stir in parsley and oregano. Season to taste with salt and pepper. Serve cioppino immediately in large soup bowls with hunks of sourdough bread. 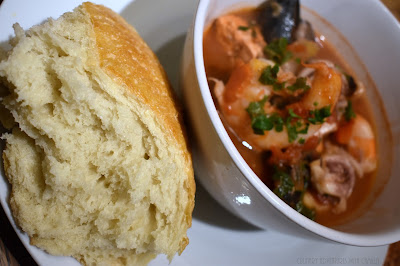 A note: If you want to save some time on the day you're serving this, you can make the broth the day before. Let cool completely, then refrigerate. Bring the broth to a simmer before adding the seafood. 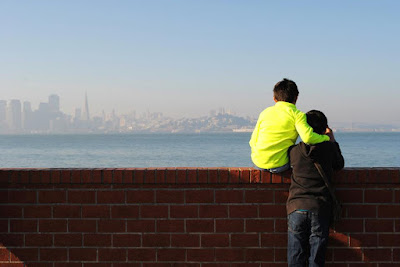 Thinking about when we can get to San Francisco next...we all love it.