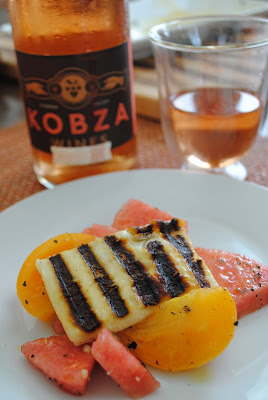 It's still summer, right?! Even though my kids are back in school, I was excited to see Lori of Dracaena Wine inviting the Wine Pairing Weekend bloggers to share their pairings with Rosés. Read her invitation: here. If you're reading this early enough, join us for a chat on Twitter; you can follow the conversation by using hashtag #WinePW.

A Rosé - a Rosada in Spain and Portugal and a Rosata in Italy -  is a type of wine that incorporates the grape skins enough to color the wine. They range in color from a pale salmon pink to an almost vivid magenta, depending on the grape varietal used and the wine-making techinique. They also run the flavor gamut from dry to sweet. 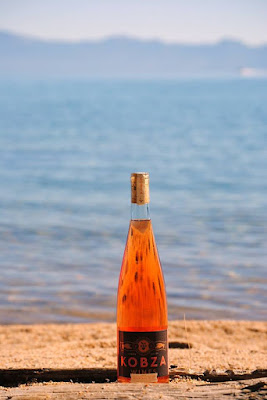 The #WinePW Bouquet of Rosés 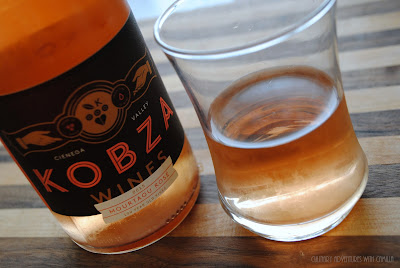 In My Glass
I spoke to Ryan Kobza years ago. Then, he wasn't making his own wines. So, I was doubly excited to give this a try. Ryan has a thing for ancient vines, as in more than a century old. Additionally, this wine is made from an obscure French grape called "Mourtaou." Old and obscure...that's my kinda wine.

It has an impressive earthiness with a subtle acidity. The notes of tart grapefruit and honeyed peach shockingly do not compete; instead they meld seamlessly for a complex flavor profile that pleases from beginning to the end. It's curvy, fresh, and quickly cemented itself as one of my favorite summer sips. 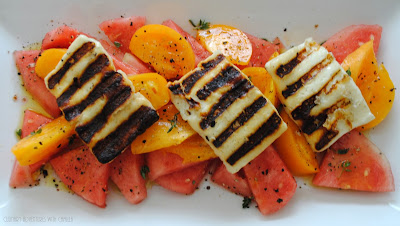 On My Plate
There's nothing more summery than a salad of sun-kissed watermelon and vine-ripened tomatoes. When you add haloumi to the top, it's dinner! 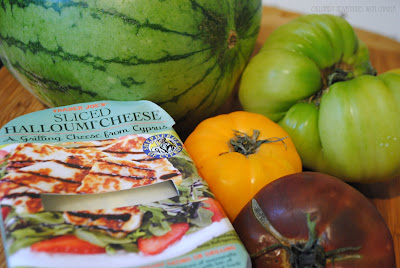 Haloumi originated in Cyprus, during the Medieval period, and gained popularity throughout the Middle East. Since Cypriots like eating haloumi with watermelon in the summer months, I decided to do the same...with some fresh tomatoes from the farmers' market. 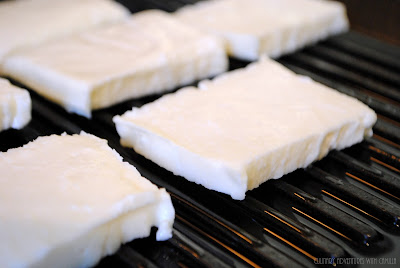 Heat the grill pan over medium heat and grease with oil. Lay slices of haloumi on the grill and cook until nice char marks appear, approximately a minute or so. Flip over and grill on the other side. 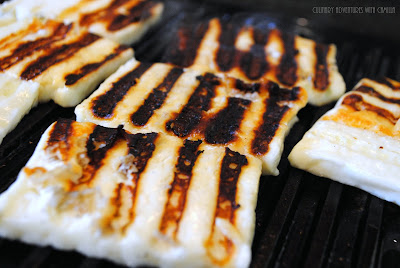 To serve, place a slice of grilled haloumi on top of the salad. Drizzle with olive oil. Serve immediately.