By Camilla M. Mann December 28, 2011
On Christmas Eve we played a version of Family Feud at the dinner party my mom hosted. When it went to the sudden death round, she hand-picked the questions for each player until one team couldn't answer. Totally unfair.

The final question for me was: name foods that most people have never tried.

Everyone on both teams chuckled, "she has no idea what most people have never tried." But I did it. Of course, I adopted the mindset of what would some of my friends in the Mid-West say to that question.

Sorry, guys. Face it, you don't live in the most culinarily adventurous area; it's one of the reasons I fled and returned to California.

Final answer = caviar. I am proud to say that though it was a challenging topic for me, since I eat just about everything, my team "The Fat Garfield Team" (yes, my 8-year-old picked our name) prevailed.

In the vein of adventurous eating, I want to take a walk down my culinary memory lane and run down the list of my top ten from 2011, things that made my tastebuds sing. Enjoy! Looking forward to even more fun in the kitchen in 2012. 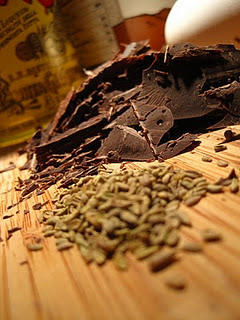 (10) Chocolate mousse with a licorice twist. Yes, please. That's what my Strega Chocolate Mousse tasted like. I served them in teeny, tiny cups because the flavor packed a punch. 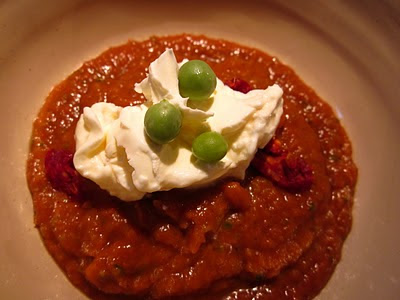 (9) When I received bunches of green garlic in my CSA box from High Ground Organics, I was intrigued. I had never tried, much less cooked with, green garlic. I finally came up with a Green Garlic Gazpacho that was a delicious Spring treat. I hope that I get some in my boxes come next Spring. I will definitely be making this again. 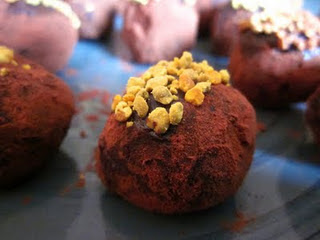 (8) Chocolate truffles are my go-to when I want something chocolate-y. The absolute favorite version I made this year, though, was my Bee Pollen Truffle with fennel pollen inside and bee pollen on top. Yes, they are as decadent a treat as that sounds. 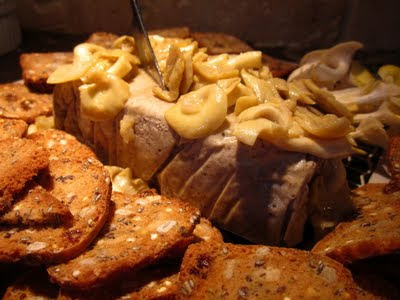 (7) No geese were harmed in the production of my Triple Mushroom Pâté that I whipped up for my husband's birthday dinner last April. The 'Fungi Feast for My Fun-Guy' gave me the opportunity to visit a local mushroom farm. This was a fairly involved recipe, but the results were well worth it. 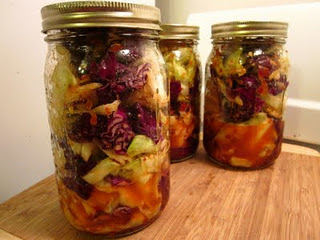 (6) I've made my own pickles before, but I've never fermented cabbage, Korean-Style. This year I tried my hand at making kimchi and it was such a hit that, first, there is now a jar of homemade kimchi always ready to go and, second, (I am most proud of this) a good friend of mine who previously didn't eat cabbage is a convert. Yipee. 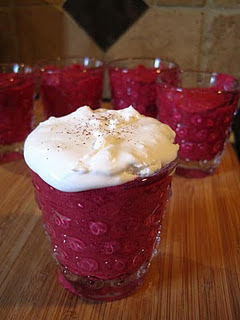 (5) Years ago I was opposed to anything pink. But being the lone female in the testosterone land called the Mann Clan, I think I've begun to embrace the traditionally girly color. I even did an entirely pink dinner for a friend's birthday with all things beet. The dessert I made: Spiced Beet Mousse. It was a treat for the eyes as well as the tongue. 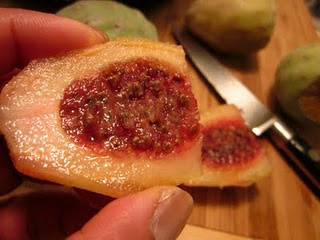 (4) When my 9-year-old and I were working on the Thanksgiving menu, he added some things that made even our traditional fare more fun. Case in point, Riley asked if I could buy some prickly pears and could I add prickly pear to my cranberry sauce. Yes. And, yes. Love it! The Prickly Pear-Cranberry Sauce was the perfect companion to our roasted quail. Nice call, Riley-ball. 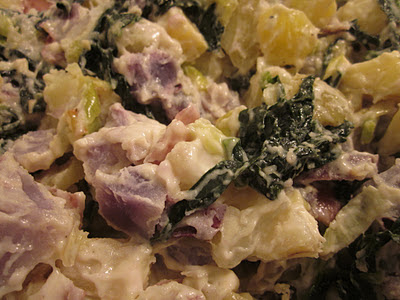 (3) This was so tasty that I made it multiple times throughout the months of November and December when leeks and kale were a constant in my High Ground Organics CSA box: Potato Salad with Caramelized Leeks and Kale. It's not your typical potato salad, but each time I served it, it disappeared quickly. 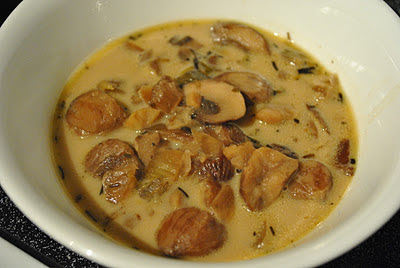 (2) Chestnuts roasting on an open fire.... Though that is one of my favorite Christmas carols, peeling chestnuts is one of my least favorite kitchen chores. So, when I see roasted and peeled vaccum-packed chestnuts at Trader Joe's, I stock up. I used a bunch in a soup I served on Christmas Eve: Creamy Chestnut Soup. Two spoonfuls in, my husband asked if I wrote down the recipe. Sure. "No, really, write it down." Okay, fine. 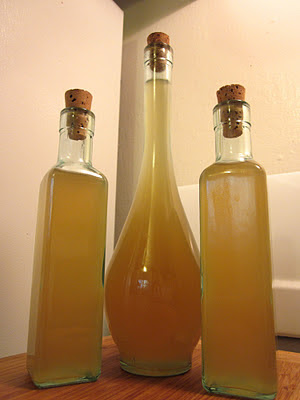 Drum roll, please. And my absolute top pick of 2011: Rhubarb Liqueur. Cin cin. It was so easy, except on my patience. But I will be making a much bigger batch of this next year.

Hope you enjoyed my adventures and continue to follow along next year.
Happy New Year!
~Camilla