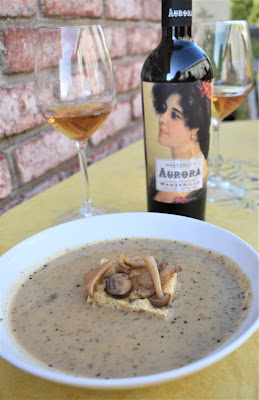 This month, David of Cooking Chat is hosting the #WorldWineTravel group as we wrap up our Spanish explorations of 2021. David called this 'writers' choice', so we didn't have a specific wine region on which to focus. Also, we aren't having a live Twitter chat as our regularly scheduled chat day falls on Christmas day. Here are the group's offerings...
Manzanilla Sherry 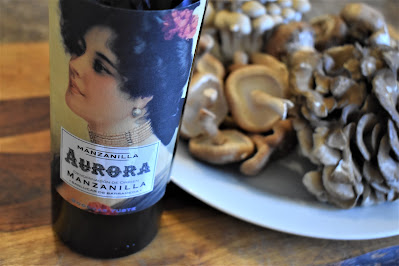 So, we were given the latitude to write about any Spanish wine. I decided to pour and talk about sherry. Sherry is fortified wine from the southwest part of Spain; it comes in a range of styles - dry, straw-colored or sweet, mahogany-hued or somewhere in between. Dry sherries are usually served chilled while sweet sherries are served at room temperature.
Those are the basics. Now, we'll get a little bit more involved. Unlike other wines, air is deliberately introduced to sherry as it ages because air (resulting in oxidation) and alcohol determine the kind of sherry that it is.

Fino style sherry has a layer of yeast - called flor -  that floats on top of the wine. The flor prevents more air from reaching the wine and oxidizing it further.
Amontillado style sherry is darker in color than fino and lies halfway between the fino and oloroso styles. It can be characterized by a nutty flavor.

Oloroso style sherry is fortified to a higher alcohol level and has been exposed to oxygen for a much longer time and has a rich, almost raisiny flavor and deep color. Cream sherry is a sweetened oloroso that's often served as an after dinner cordial.
I got my hands on a bottle of Bodegas Yuste Aurora Manzanilla Sherry. Manzanilla is almost identical to Fino sherry except that it can only be produced and matured around Sanlúcar de Barrameda, which is closer to the sea than Jerez. The difference it climate make it lighter than Fino wines.

Manzanilla is made from the Palomino grape and aged entirely under a layer of flor yeast. Manzanilla usually offers more coastal aromas than a Fino; it reminds me of seaspray from a rogue wave. In Spanish, manzanilla means 'chamomile', which is typical aroma in the wine. 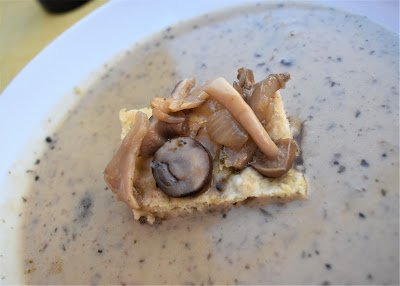 I served this pairing back in August for the Saturday Soup Swappers group. Find my recipe here: Cream of Mushrooms Soup. 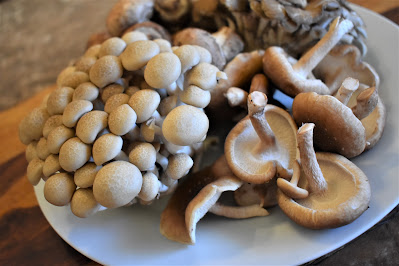 Mushrooms were a great match for the Manzanilla Sherry. 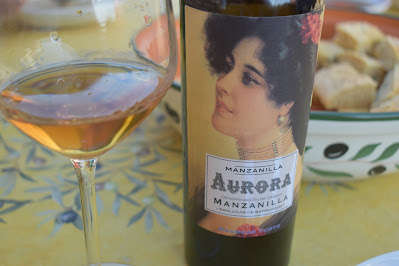 That's a wrap for the #WorldWineTravel group's 2021 explorations...and the end of our Iberian Peninsula focus. The group will be back in 2022 when we head Down Under. I will be kicking off the year with a discussion focused on Western Australia. Stay tuned for an invitation.