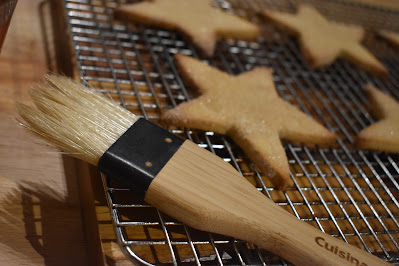 Today the Sunday Funday group is writing about and sharing international cookie recipes. Thanks to Stacy of Food Lust People Love, Sue of Palatable Pastime, Rebekah of Making Miracles, and Wendy of A Day in the Life on the Farm for coordinating this low-stress group. This week Wendy is hosting and asked us to post cookie recipes from around the world. She wrote: "I love learning traditions of other countries through cooking and baking. Share a traditional Christmas cookie from somewhere around the World that is special to you and tell us why it brings you fond memories." Here's the line-up... 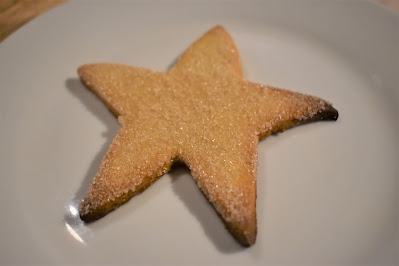 I make cookies from around the world all year long, but especially at Christmastime. Back in 2015, I served a Sju Sorters Kakor, A Traditional Swedish Cookie Platter that included Lingonsyltgrottor and Drömmar. The following year, I made Italian Ricciarelli. But there's always the parade of gingerbread such as these Pierniczki (Polish Gingerbread Cookies); Honningkagehjerter from Denmark, Puerquitos (Gingerbread Pigs) from Mexico.
I had planned to find another gingerbread recipe for this year only to have my Enthusiastic Kitchen Elf diss my gingerbread creations. "Mom, gingerbread is not special...and you make too many of them. Can't you make something like snickerdoodles?" I don't like snickerdoodles. But I decided to go searching for a recipe that had the same sugar-cinnamon flavor profile and found it in these Hojarascas (Mexican Shortbread Cookies).
I loved that they include a "tea" made of steeping a cinnamon stick. And, since I couldn't get the cinnamon and sugar to stick to the cookies, I swabbed the tops with the tea and pressed them into the sugar-cinnamon mixture. While I still vastly prefer gingerbread, these were tasty...and D was happy.
Ingredients 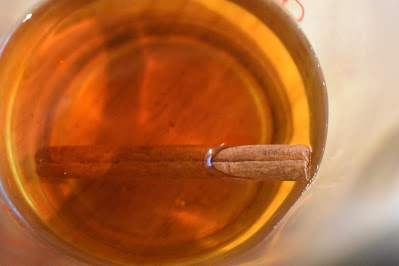 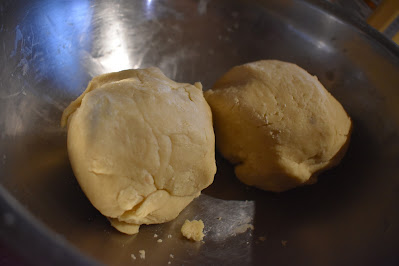 Coating
Mix together the sugar and cinnamon until well-blended. Set aside.
Cinnamon Tea
Place cinnamon stick in a tempered glass and pour in boiling water. Let steep until it is completely cooled. Set aside. 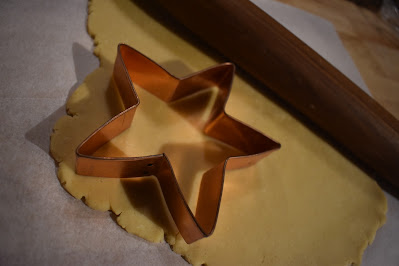 Dough
Preheat oven to 350 degrees Fahrenheit.
In a mixing bowl, cream together the butter and sugar. Add in the vanilla and cinnamon and blend well. Add in the flour in three batches. Pour in 1/4 cup tea, or more, until the dough comes together in a ball. Divide into two balls. Wrap in plastic and chill for at least an hour. 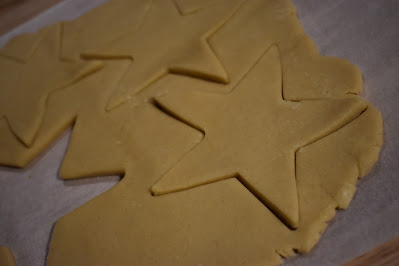 After chilling, place dough on a lightly floured surface and roll out evenly. Use a cookie cutter, then place shapes - I used a star - on a parchment paper or silicone mat-lined baking sheet. 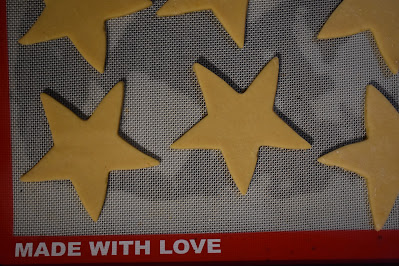 Place in the preheated oven and bake for 12 to 14 minutes. The cookies should just be barely browned. 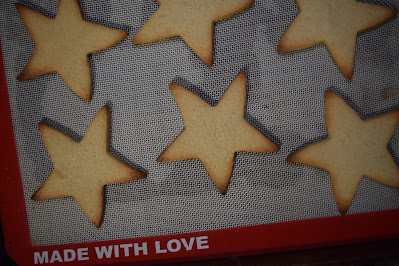 Place the cookies on a wire rack and let cool completely. 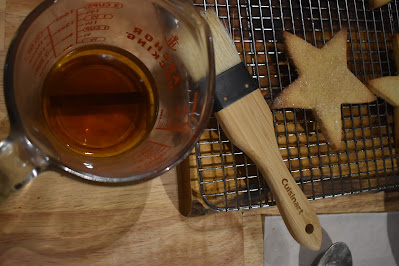 Swab the tops of the cookies with a thin layer of the cinnamon tea, using a pastry brush. 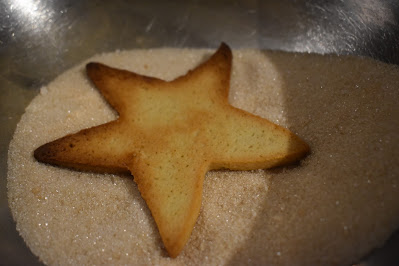 Press the cookies, tea-side down, into the sugar-cinnamon mix. Invert back on to the wire rack until ready to serve. 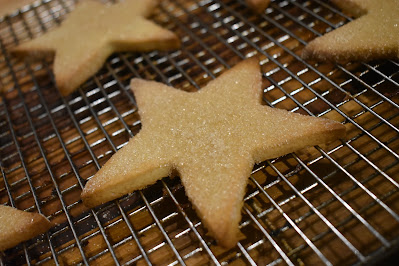 That's a wrap for this week's #SundayFunday. We'll be back next week with recipes that take less than thirty minutes. During this time of year, we are all pressed for time. Can't wait to see these recipes. Stay tuned!