By Camilla M. Mann December 02, 2021
This is a sponsored post written by me on behalf of L'Ecole.
Complimentary wine was provided for this post and this page may contain affiliate links.
However, all opinions expressed here are my own. 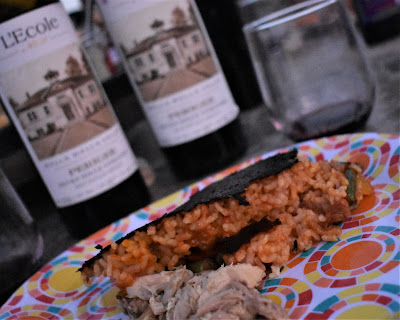 If you're been following my blog, you'll know that I'm doing a series of monthly posts in collaboration with L'Ecole Winery.* A group of us participate in a virtual tasting with their marketing manager, the winemaker, and the general manager and discuss timely topics. This month, we had a special guest in Marty Clubb, managing winemaker and co-owner of L’Ecole N° 41. Along with his wife, Megan, and children, Riley and Rebecca, Clubb is continuing the legacy of this family-owned, artisan winery that was founded my the Fergusons, Megan's parents in 1983.
Let's talk about ageability.
AGEABLE adjective    age·​a·​ble | \ ˈā-jə-bəl \
1: advanced in years: old. 2: suitable for being aged: able or likely to improve with age
I decided that this was the perfect topic for a post about these two bottles of wine and a joint birthday dinner for friends that I've known for over 35 years. I maintain that the wine and the friends fall under that second definition, though the first is also true for my friends and I!
Good Wine 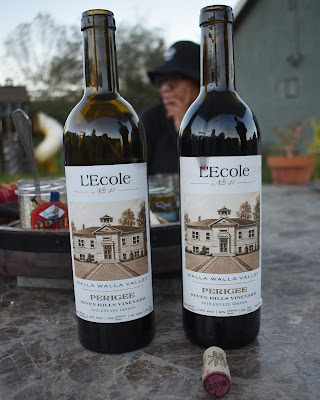 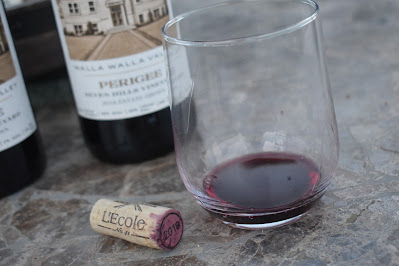 I enjoyed hearing how the different grapes affected the taste of the wines: Cabernet is the structure of the wine; Merlot is driven by black cherry; Malbec is minty; Cabernet Franc has more floral notes; and Petit Verdot is inky with high acid. Clubb characterized it as "blackberry pie in a glass."
At our birthday party, the 2015 showed beautifully and we could imagine what the 2018 will be like in three years. But the wines were sophisticated with a lot more structure and flavor than we all anticipated for some reason. Aromas of ripe berries mixed with herbaceous fennel and earthy tobacco. And floral notes of violets brought a delicate femininity to the wine. While we enjoyed both, the 2015 was empty first.
Good Friends 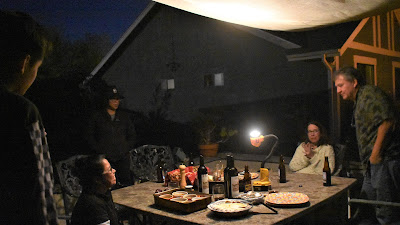 Speaking of ageability - as in improving with age - these friendships are definitely that. Three of the people have been friends since kindergarten...so over 43 years. Of that trio, I met one of them in 8th grade and the others a year later...so 35 and 34 years ago, respectively. Then we all added our significant others into the mix and those relationships are all over two decades strong. Jake and I have been together for almost twenty-four years and I am certain that Jenn and Mike, Brian and Pia are longer than that, though Jake and I have been married slightly longer than everyone else.
This is the first time we've all been together since before COVID. That's twenty-two months of skipping birthday dinners, anniversary celebrations, and more! Since everyone was vaccinated, including the littlest one who was finally eligible for his Pfizer shot last month, we gathered, imbibed, feasted, and realized just how long it's been. To feed the crew, I brought over the large paella pan that I borrowed from a friend's shop multiple times. One of these days I might have to get one for myself, but until she tells me I can't use it anymore, I'm good with this.
My Traveling Paella Pan 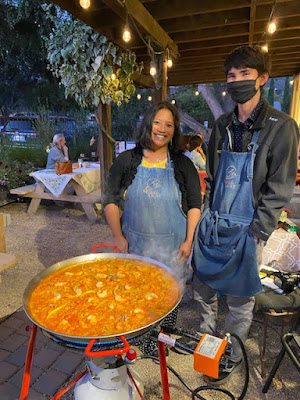 I have made Paella Mixta several times, including when D and I did the demo and tasting at The Quail & Olive in Carmel Valley (photo above), the first time I brought the pan to the Gonzalez' patio (photo below), and out to Laguna Seca when I cooked for a group of friends camping at the Sea Otter Classic. 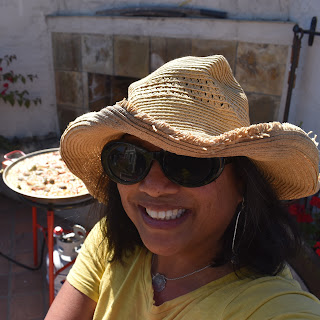 I made a Paella Valenciana with rabbit at another Gonzalez party; and one with only chicken at a recent robotics team lunch (photo below). It has definitely become a fun party dish and conversation starter. When our older son came home from college and we loaded it into the back of the vehicle, he looked perplexed, "Did you start a paella catering company that I don't know about, Mom?"
No. Not exactly. I only cook for people I like! 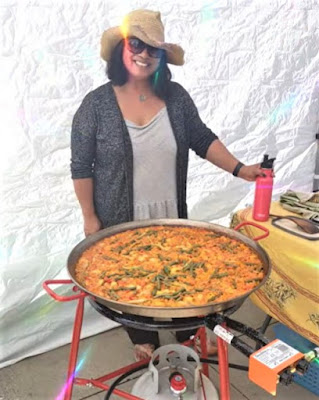 I'm not sharing a recipe with this post, but you can watch my video on the #CulinaryCam YouTube channel about achieving soccarat in my paella.
That's a wrap for my November L'Ecole collaboration. Stay tuned when we discuss holiday gifts next month. Stay tuned...