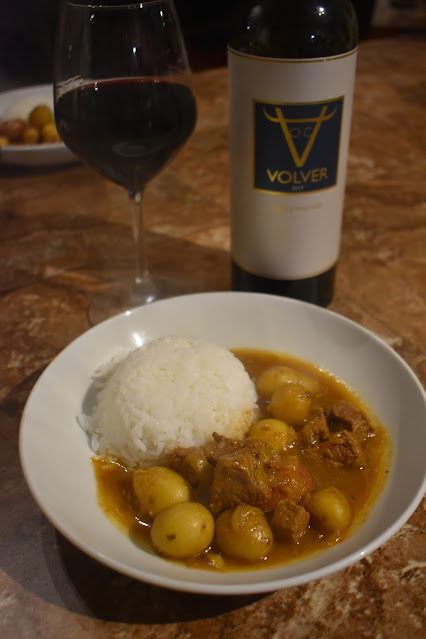 This month, Deanna of Wineivore is hosting the #WorldWineTravel group as we turn our eyes toward the wines, cuisine, and region of Castilla-La Mancha. You can read her preview here.
And if you are reading this early enough, feel free to join our Twitter chat. We're live on Saturday, November 27th at 8am Pacific. Follow the hashtag #WorldWineTravel and be sure to add that to anything you tweet so we can see it. Here are the group's offerings...
Man of La Mancha 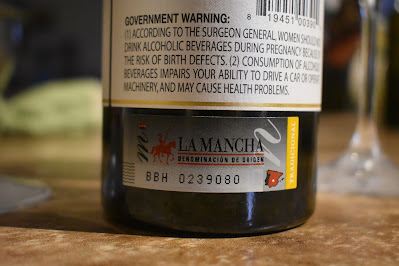 Let's start with the region. Castilla-La Mancha reaches out from all directions south of Madrid and one of Spain's largest wine-producing regions. The Moors called the area Manxa, meaning 'parched earth.' La Mancha, one of the largest wine producing region in all of Spain, is also one of its more arid. Its hot and dry climate allows white grape varieties such as Airen, Viura, and Verdejo to thrive.
My post title - Chasing Windmills... - refers to Don Quixiote, the protagonist in the Spanish novel by Miguel de Cervantes; the actual title of the book is The Ingenious Gentleman Don Quixote of La Mancha. You can see why I drew inspiration from it, right? The plot revolves around the (mis)adventures of a nobleman from La Mancha named Alonso Quixano who has read so many romance stories that he goes a little insane and decides to revive chivalry under the name Don Quixote de la Mancha. He coopts Sancho Panza, a simple farmer, as his trusty squire.
The phrase 'tilting at windmills', or my loosely characterized 'chasing windmills', means battling imaginary enemies which is what Don Quixote does in the novel.
In the Glass 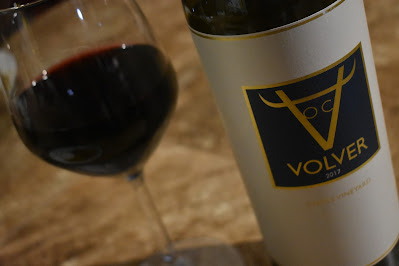 I was able to get my hands on a bottle of Bodegas Volver La Mancha Single Vineyard Tempranillo 2017. Made by Rafael Canizares, his winery is located in the eastern part of La Mancha. Tempranillo - the flagship grape for a variety of red wines from both Rioja and Ribera del Duero - is a typically a beautifully food-friendly wine and this one is no exception. It does go by other names. In Penedès, it goes by Ull de Llebre and in Valdepeñas, Cencibel. In Portugal, it's known as Tinta Roriz and it plays a lead role in many Port wines. 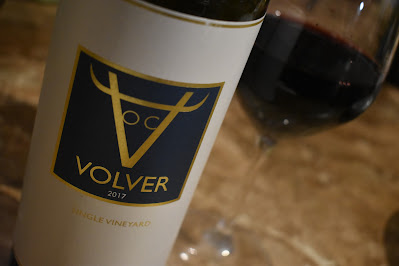 This wine poured a bright, intense purple color. On the nose, there were aromas of currants, fennel, and tobacco. On the palate, the wine was full-bodied with more layers of earth, coffee, and some herbs. A big wine, I thought it would pair well with a traditional meat dish from La Mancha.
In the Bowl 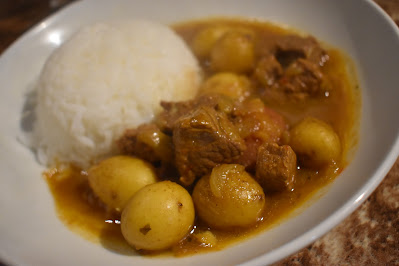 Tojunto is a traditional stew from Castilla-La Mancha, more specifically from the area of Ciudad Real. the dish's name is the combination of todo + junto, refers to the fact that all the ingredients are cooked together over a low heat in a clay pot. All jumbled is how I like to think of it. It is also called tocrúo, as in Tomelloso. It can be made with beef, chicken, pork, or any kind of game meat such as partridge or rabbit and is simply seasoned with pepper, saffron, and bay leaves. Traditionally, it's prepared in a clay pot and served hot. 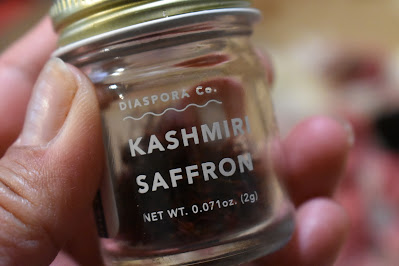 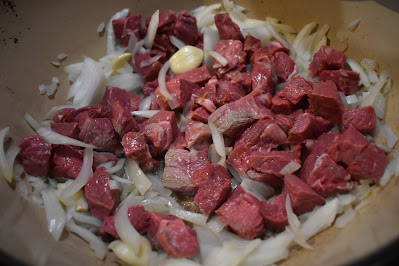 Heat the oil in a large, Dutch oven. Stir in the garlic, then add the meat into the pot. Sear on each side for  3 to 5 minutes - until a nice brown begins to appear. Add the onions, bay leaves, and saffron to the pot.
Pour in the broth and wine. Bring to a boil. Then, reduce the heat to a simmer and cover and cook for an hour. Add in the baby potatoes and ;et the meat braise for another two to three hours - longer is fine, if you need to. Once the beef is tender, raise the heat to reduce the sauce to your desired thickness.
Season to taste with salt and pepper. And serve immediately with fresh bread or steamed rice. I opted for the latter. 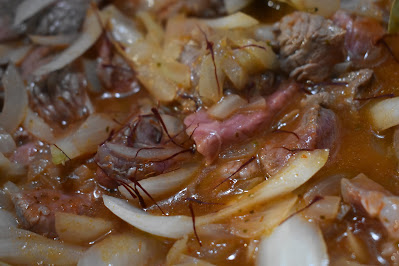 That's a wrap for our November #WorldWineTravel exploration of Castilla-La Mancha. December's theme is open mic, so all of the writers can choose their own topic. Stay tuned. I am not sure what I'll share yet.