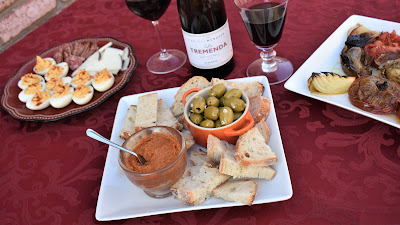 Cindy of Grape Experiences is hosting the #WorldWineTravel group as we head, virtually, to Valencia. Read her invitation.
If you are reading this early enough, feel free to to join in our live Twitter chat on Saturday, August 28th at 8am Pacific time. Follow the hashtag #WorldWineTravel and be sure to add that to anything you tweet so we can see it.

Here's the line-up of the articles that the writers are sharing about the Valencia region of Spain... 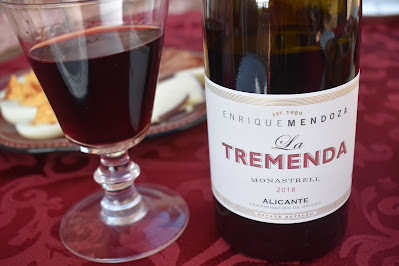 When I thought about Valencia - before I started researching for this event - my first thought would have been oranges! The Moors brought oranges to Spain in the 10th century as ornaments for their palaces and mosques. A good friend of mine lived in Spain while she worked on her doctoral thesis about Moorish influences on Spanish architecture and I vividly remember her describing the Patio de los Naranjos at the mosque at Córdoba. Apparently there are similarly designed patios at the mosques in Seville and Valencia. I can just imagine how intoxicating that scent would be as you walked beneath those trees.
Then, of course, it's renowned for its paella. But we are here to talk about wine in Valencia. 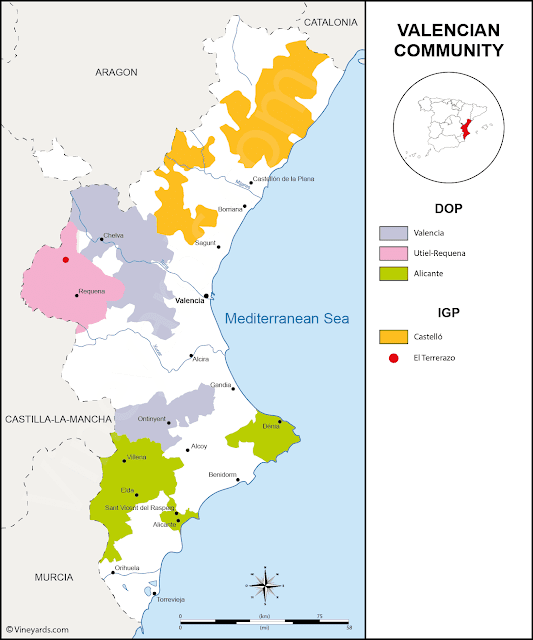 https://vineyards.com/wine-map/spain/valencia
Situated on the Mediterranean, the region encompasses a wide variety of climates and soils though it is typically classified as a Mediterranean climate with sand, limestone, and clay substrates. Within its borders are three distinct Denominaciones de Origen or DOs: Alicante, Utiel-Requena, and Valencia.
Alicante is the smallest of the DOs and the furthest south. Utiel-Requena lies the most inland with the most hectares planted.
The most abundant grape of the region is Monastrell though Tempranillo; Bobal; Giró, a local Garnacha clone; Merseguera; and Moscatel are also popular. I would love to get my hands on a bottle of the regional creation, Fondillón. It's a non-fortified dessert wine made from overripened, sun-dried Monastrell grapes. Then it's aged a minimum of a decade. It is said that Louis XIV enjoyed cakes soaked with the wine. I would love to try that! 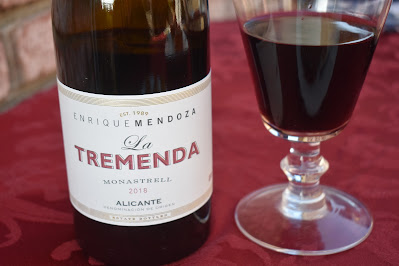 I poured the Enrique Mendoza Alicante La Tremenda Monastrell 2018. Twice. Apparently my serial planning backfired because I bought this bottle, paired it with garlicky braised ribs, and misfiled the photos. So I bought the same bottle, paired it with sobrasada and other Spanish nibbles, and then found my first pairings' photos. Oye. I'm sticking with the second pairing for this event because it is more regional and, perhaps, unusual.
Founded by Enrique Mendoza in 1989, it is Enrique's son Pepe who now runs the business alongside his younger brother Julián. Pepe manages the vineyard and winemaking while Julián looks after the business and commercial side of the business. Enrique Mendoza is part of the Grandes Pagos de España, a group whose mission is to revive the culture of 'pago' wine which is terroir-driven. To earn membership, vineyards must adhere to strict standards and display uniqueness in regards to its soil, climate, or grape varieties.
Bodegas Enrique Mendoza is near the town of Alfàs Del Pi, less than 50 miles from the city of Alicante. With all of its vines above 1000 feet in elevation, and some at more than 2000 feet, the traditional Monastrell and Moscatel abound. But Pepe has recently begun planting and experimenting with more international varieties such as Cabernet Sauvignon, Merlot and Syrah. The vines are cultivated naturally and Pepe favors biodynamic practices though my research didn't uncover any biodynamic certifications for the estate. He also keeps moisture levels in the soil low in order to create small, more concentrated grapes.
The vines for this wine are nearly three decades old and planted in sandy and silty soils dotted with stones. The wine poured a rich ruby color and had aromas of black and red fruit on the forefront. As it sat in the glass, I detected notes of cocoa and spice. On the palate the wine was was silky and lively with just the right amount of tannins and acid.
On the Plate 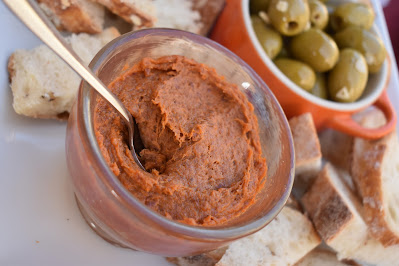 I considered another version of paella, maybe a more traditional Valencian paella. But I have shared my Paella Mixta not too long ago for a #WinePW event. So, when I read about sobrasada, a savory toast topping for breakfast, I was intrigued. Of course, I made it for dinner and served it with the wine.

Sobrasada is not originally from Valencia; its origin are from the Balearic Islands, but the islands’ proximity to the Valencian coastline has rendered this spreadable sausage a Valencian staple. I loved that it was super simple to make and just required a handful of high-quality ingredients, 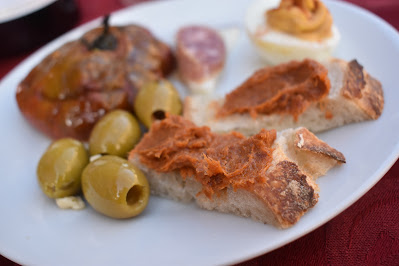 Procedure
Place all of the ingredients - through oregano - in a food processor. Pulse to combine all ingredients  until smooth and creamy. Add in as much water as needed for a smoother spread. Serve on slices of bread. 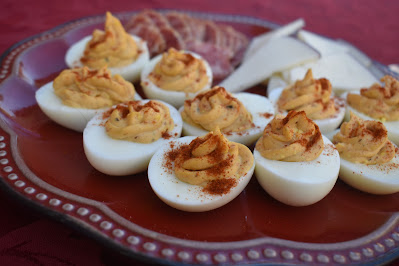 Along with the sobrasada and bread, I served deviled eggs seasoned with chermoula and sprinkled with smoked paprika...slices of drunken goat cheese... 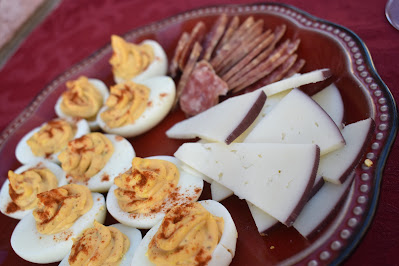 ...a platter of Catalan Escalivada... 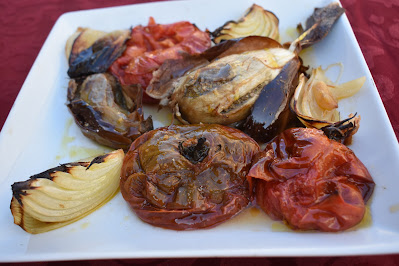 and olives and sliced sausages. 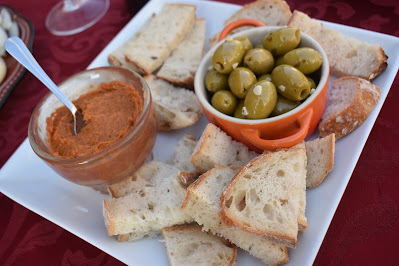 That's a wrap for the #WorldWineTravel exploration of Valencian wines. We'll be back next month with an eye on wines from Navarra. Robin of Crushed Grape Chronicles will lead the discussion. Stay tuned for more information on that.