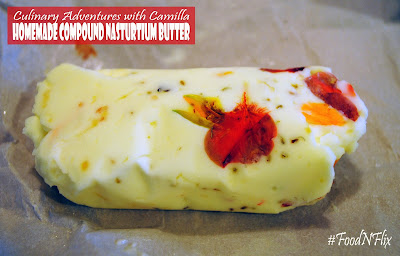 Evelyne at Cheap Ethnic Eatz is hosting this month's Food'N'Flix event. We watched, or rewatched as the case may be, Butter. Click to see Evelyne's invitation.

Despite being a huge Jennifer Garner fan - yes, I own the Alias box set* and have no problems watching and re-watching the episodes - Butter never appealed to me. But, for Evelyne, I decided to risk it.

Butter immediately makes it clear that it won't be taking itself too seriously. The entire backdrop for this light satire/dark comedy is, after all, a cutthroat butter carving competition. And the cast of characters is largely caricaturized and one-dimensional. We have the ruthless, ambitious Laura, played by Jennifer Garner; Laura's unfaithful husband and reigning butter-carving champ Bob, played by Ty Burrell; a gold-digging hooker/mistress who is also a butter-carving competitor, played by Olivia Wilde; and (new to the Hollywood scene) Yara Shahidi plays Destiny, a darling orphan recently placed in a foster home with parents played by Alicia Silverstone and Rob Corddry.

In the end, I did enjoy the film and I would definitely recommend it for a light, easy watch. The cast was impressive in the roles they were given; they didn't disappoint.

On the Plate...
I toyed with actually trying to carve butter. But, then I decided, that I wanted to just make butter. Homemade butter. It's so easy. Then, inspired by some nasturtium blossoms from my friend's garden, I decided to make a nasturtium compound butter. 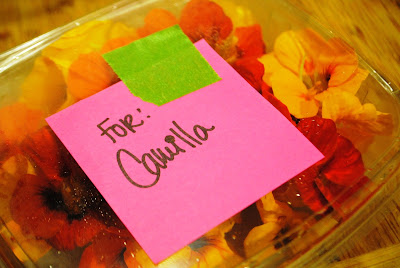 Procedure
My mom taught my boys how to do this and they shared it with me. It tastes amazing. I'm sure there's an easier way; but this was fun. 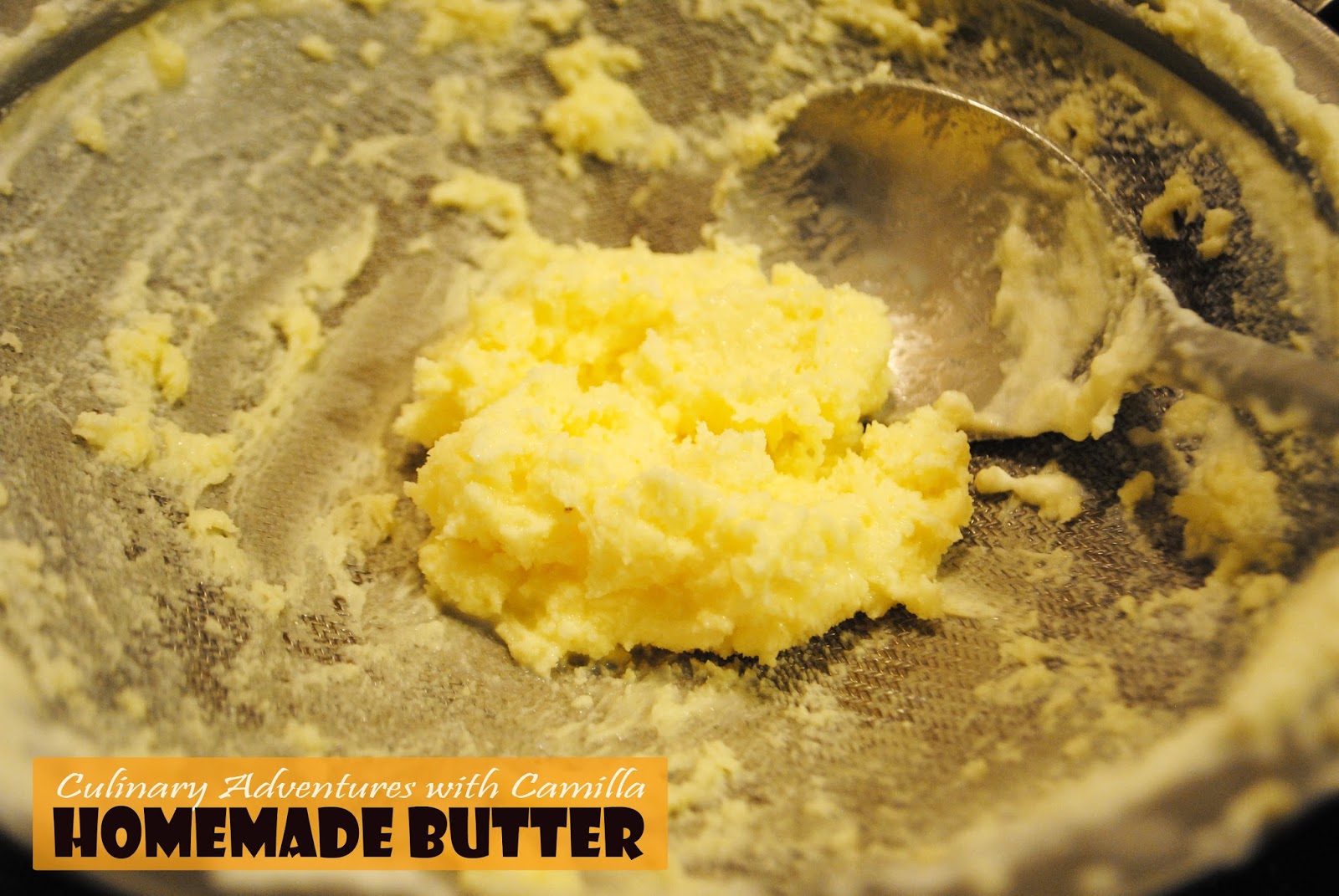 Pour cream into a lidded jar, filling it up about 2/3 full. Shake. I'm not kidding. Just shake. We put on some good music and shook that jar like a maraca. 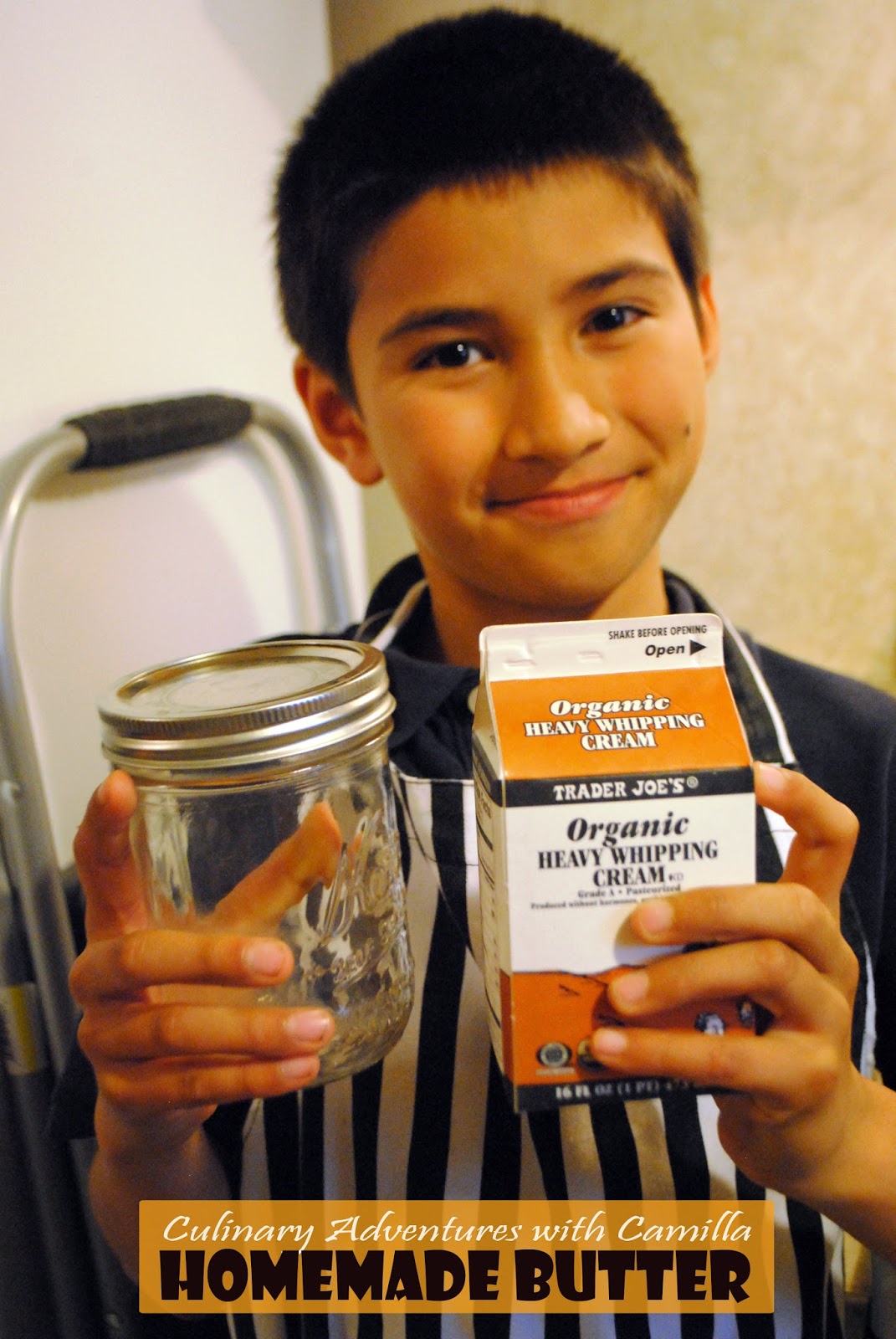 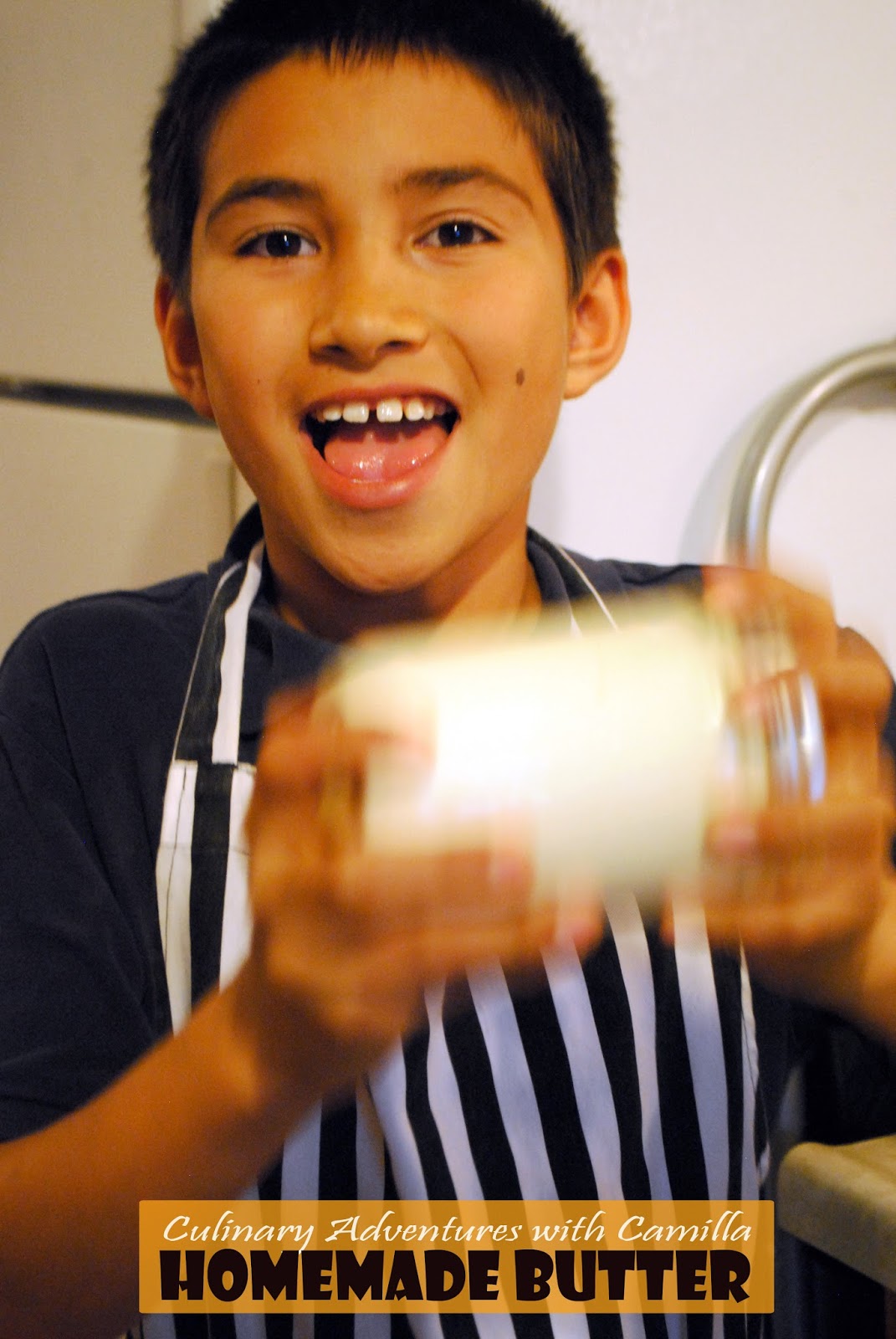 Once the cream is to the point where it's holding peaks, place a mesh strainer over a mixing bowl and compress the cream with a spoon. We ran the cream through about 4 times before the solids separated and butter turns a brighter yellow. Reserve the liquid - we made pancakes with it the next morning.

While your butter is still soft, fold in petals, salt, and fennel pollen. Roll the butter into a cylinder inside some parchment paper. Refrigerate until firm. Now you can serve flower-flecked butter wherever you wish. We slathered it on dinner rolls one evening. So pretty!

Next month Deb from Kahakai Kitchen is hosting. We'll be watching Eat Drink Man Woman.Keep an eye for her invitation on our Facebook page: Food'n'Flix.

*This blog currently has a partnership with Amazon.com in their affiliate program, which gives me a small percentage of sales if you buy a product through a link on my blog. If you are uncomfortable with this, feel free to go directly to Amazon.com and search for the book or item of your choice.