By Camilla M. Mann June 14, 2015
I like food. A lot. No surprise there. I have never dieted. I don't have many food allergies ...except to tonic water, fava beans, and oysters. But I haven't noticed any adverse reactions to dairy or gluten. And I've certainly never done a detox. But earlier last month, two foodie gals that I am lucky enough to know decided to do a 7-day detox to kick off summer. I agreed to embrace the challenge.

We joined a group and are received great tips, recipes, resources, and support. I won't divulge any particulars about the program. But if you want information about that, I can send contact information to you privately, just leave me your email address.

Why did I decide to do a detox? I am starting back on a good running and workout routine and just felt it would dovetail nicely with those efforts. Plus, joining the group added accountability. I know how to eat correctly, but I don't always do it.

What did I expect? Not much. I didn't plan to lose weight in these 7 days though if I did, I wouldn't complain. It's just nice to have a strategy and some support. I was hoping that this week of mindful eating would really get me back into a good routine of eating, hydrating, and being active.

Thoughts and Revelations
I drink a lot of water. I never paid much attention to how much water I drink. But, monitoring it this week, I was consistently drinking 80 ounces of water plus 2 cups of caffeine-free tea. I put different things in my water bottle this week - from slices of Meyer lemon to chunks of ginger and whole cinnamon stick. 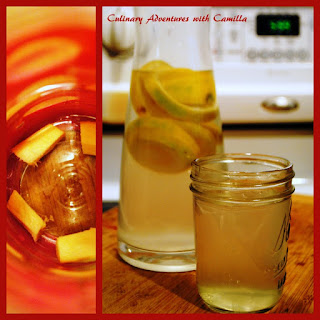 Cutting out my morning coffee was not nearly as hard as I thought it would be. I groused a bit because I didn't remember reading or hearing that that was part of the deal. I substituted dandelion root tea with a bit of coconut oil. I don't think I need coffee; I just really, really like it. So, I'll ease back into that. But this concoction is not too bad either. 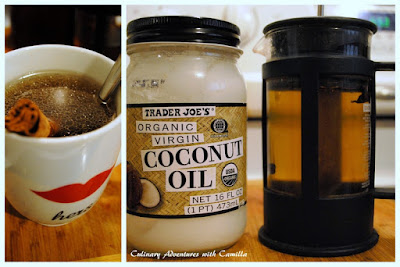 I always pack lunch and snacks for my boys - all three of them - but I don't always remember to pack snacks for myself. So, when I purposefully pack snacks, such as my Golden Cauliflower Hummus with Veggies, I can skip the afternoon run to Earthbound for a small bag of chips or pretzels. It sounds like such a no-brainer, but now I will be more conscious of it. 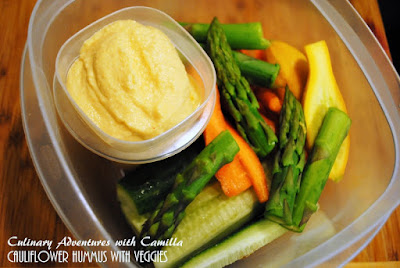 At the end of the week, I had a very WTH moment. I have never felt affected by either gluten or dairy (and by 'dairy' I mean milk because I was drinking kefir to no ill effects). I had made popovers - read puffy deliciousness with flour, milk, and cheese - and had a stomach ache within moments. Ugh. Now I don't know what my belly decided to revolt against. It could be the gluten. It could be the dairy. So, now it's back to the beginning and cutting out gluten and dairy again.

Moving Forward
I was just talking to Jake about this detox. He's definitely game to reduce his sugar and dairy. So, moving ahead, I'll have a partner. I won't restrict the kids' food intake, but it'll be interesting to see how this all unfolds. I'll keep you posted.