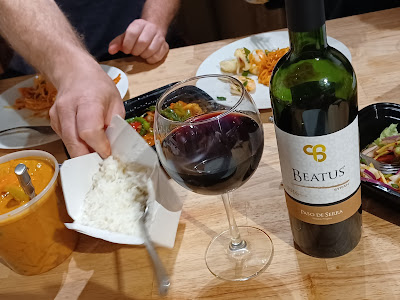 Welcome to the April Wine Pairing Weekend event. This month David of Cooking Chat is hosting and we are doing a dive into the wines of Mexico.You can read David's invitation here. Not only is he hosting, but he arranged some samples for the group, and he hosted a webinar and virtual tasting with Max Murphy of Tozi Imports.
If you are reading this early enough, feel free to join us for Twitter chat on Saturday, April 9th. We'll be live at 8am Pacific time. Just be sure to follow the hashtag #WinePW...and add it to anything you tweet so we can see it! Here's the line-up of articles on Mexican wines...
Max + Kenya 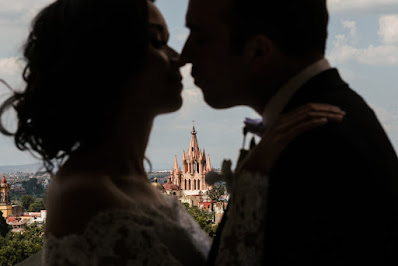 from toziimports.com: In front of La Parroquia de San Miguel Arcángel where Max and Kenya got married
Max shared the story of how Tozi Imports came to be. He has a background in restaurants and became a sommelier for steak houses. Back in 2015, Max met Kenya who had just moved to Boston from Mexico. His work took him to Florida and they maintained a long-distance romance. When his then girlfriend asked him to accompany her to a wedding in Ensenada and arranged for a tour of some local vineyards, he admitted that Mexican wine wasn't even on his radar. And the wines were good enough that he wanted to put them the wine lists in his restaurants. But there was no Mexican wine available in Florida.
He and Kenya got married in Mexico and served some of their favorite wines. Friends and family asked where they could get it in the United States. The answer was: nowhere! And, so, a business was born. On their honeymoon, they decided that they were going to be hyper-focused on wines from Mexico. Without contacts and without connections, they started cold-calling. And they got their first shipment of wine just in time for all the restaurants to shut down for COVID.
So, when the opportunity arose for Tozi Imports to partner with the Wine Pairing Weekend group, they generously shipped wines through Urban Grape to bloggers far and wide.
Mexican Wines 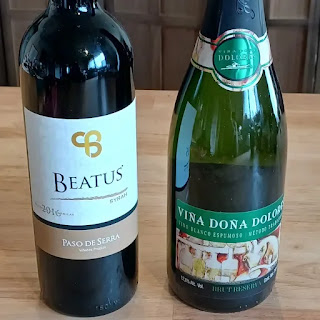 I received two bottles and Max led us through six bottles though my Paso de Serra Syrah wasn't one of them. But, first, we learned a bit about the history of wine in Mexico.
In 1519 Cortes landed in Mexico and had defeated the Aztecs by 1521. While British sailors drank rum, the Spanish sailors drank wine and carried grape cuttings with them. Mexico became 'New Spain.'
Mexico began making so much wine that the Spanish king banned production except for sacramental wines. So, with the rise of the missions, the rise of the Franciscans and Dominicans, the Mexican wines continued with the first grapes planted in Baja California in 1756. In 1888 the first mission was converted into a winery and the wines were mass produced and made and sold as inexpensively as possible. Nothing ever made it to the United States or even out of Mexico. It was not high quality.
A century later, the 1980s saw the rise of the boutique wineries. Small, family-owned and operated wineries rose using modern techniques. And they started making single varietals instead of blends. The focus turned to quality instead of quantity through there are still no AOC rules and no label regulations.
Mexican winemakers have the ability to make whatever they want in the shape of unique blends and interesting combinations of grapes.
The NV Freixenet México Viña Doña Dolores Brut Gran Reserva, which all of the bloggers received, is the perfect example of that. It's a blend comprised of 50% Macabeu and 50% Xarel-lo. Never heard of those grapes? Me neither! Max used this opportunity to teach us about different wine regions. This comes from the highlands in the central part of the country, from the Ezequiel Montes appellation in Querétaro, Mexico. You can order this online at Urban Grape. 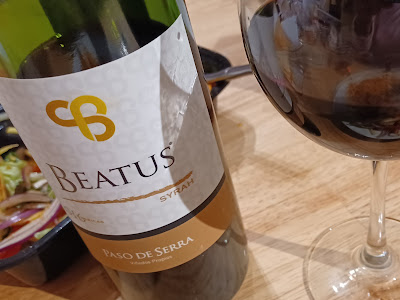 While other people received and tasted: 2021 Monte Xanic Sauvignon Blanc, 2016 Vinos del Marques Tempranillo, 2016 Paso de Serra ‘Previo’, 2017 Vinos Guaname Merlot, and 2019 Monte Xanic Cabernet Sauvignon, my second bottle was the 2016 Paso de Serra Beatus. The Beatus is a single varietal made of 100% Syrah grapes. Unfortunately I don't see it on the Urban Grape website But it's from the Colon appellation from the same highland region of Querétaro, Mexico. The vineyards sit at nearly 6500 feet above sea level.
Paso de Serra is a vineyard at the site of Father Serra's first planting. This is a husband and wife team who started as grape growers. In 2012, they began to make their own wines.

In the glass the wine poured a brilliant, intense ruby shade. On the nose, there was lots of fruit such as plums along with fig and plenty of warm spices such as cinnamon and cloves. On the palate, I noted plum, again, as well as cherries and an earthiness of tobacco and leather. The wine was juicy, fruit-forward and amazingly food friendly. 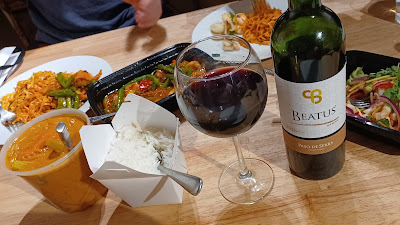 I had initially planned to make my Homemade Mole Poblano to serve with this wine, thinking that I needed to explore Mexican food with Mexican wine. However, after watching the virtual tasting with Max, I decided that I was going to go outside the box and not pair the wine from Mexico with food from Mexico. On the night that I wanted to pair, Jake requested Thai food. I was intrigued by that idea and picked up dinner from one of our favorite local spots. It was perfect because Max is making a huge effort to not being pigeon-holed to only serve Mexican wine with Mexican food. 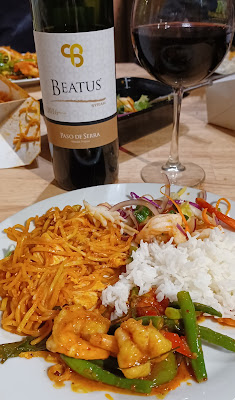 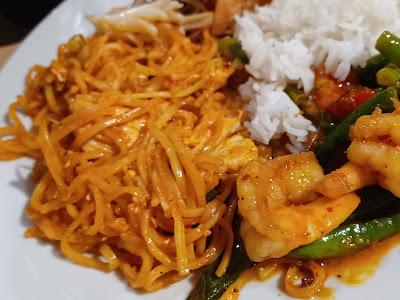 This ended up being a great pairing. I am glad I went outside the pigeon-hole for a cross-cultural pairing. Stay tuned for my brunch pairing with the NV Freixenet México Viña Doña Dolores Brut Gran Reserva with eggs benedict and a Mexican-grown Nebbiolo matched with beef stroganoff. Stay tuned!