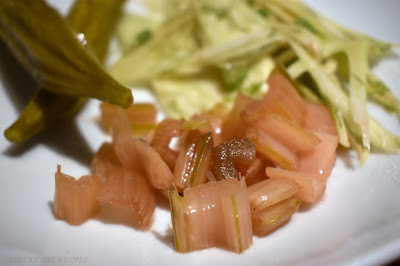 Somewhere, awhile ago I read a recipe for pickled chard stems. If you have read my blog for any amount of time, you'll probably know that I love to pickle things. Anything. Along with the usual pickles - cucumbers (though they were a Japanese smashed pickle), carrots, and beets - I've pickled Golden Cauliflower, Peppers, Red Onions, Green Tomatoes, Radishes, and even Blueberries and Cranberries. But, it never occurred to me to pickle chard stems! If I happen to be making stock, I'll toss the stems in; otherwise, they go straight to the compost bin. 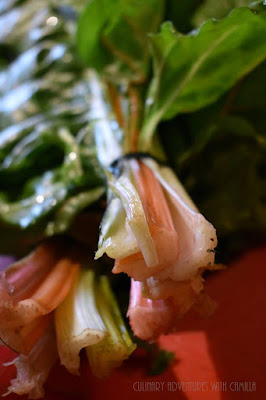 And, since I couldn't find the original article I read about pickling chard stems, I just decided to make up a pickling recipe. As I mentioned, I'm a pickling fiend. 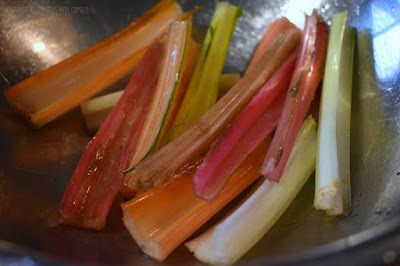 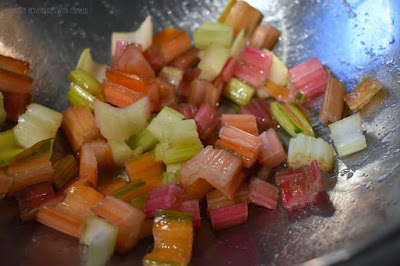 Procedure
Rinse and chop your chard stems into bite-sized pieces. Place them in a large mixing bowl and sprinkle them with 1 teaspoon salt. Toss to coat and set aside.

Place the vinegars, sugar, and 1 teaspoon salt in a pot. Bring to a boil, then reduce to a simmer. Swirl and stir until the sugar is dissolved. Remove pan from heat, stir in the dill and fennel seeds. Let the brine cool. 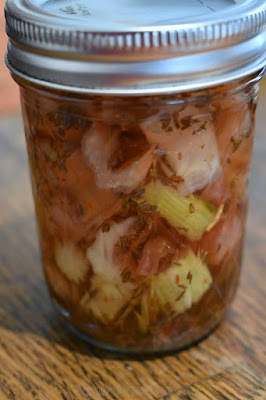 Rinse and drain the chopped stems and place them in a jar, cover them with the brine and refrigerate overnight before eating them. I used them as a flavor foil to a creamy lobster roll. I also served them with a fennel slaw and pickled okra. 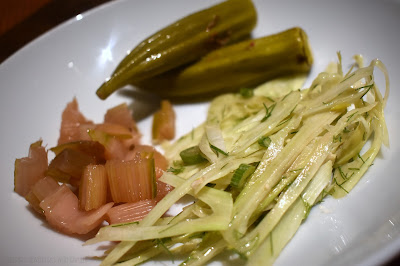