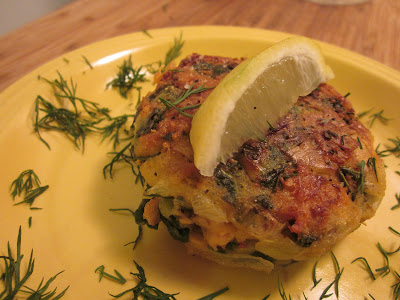 When a friend pointed out a 'send-us-your-recipe' request from one of our local publications, I had no idea it would lead to this. I dutifully picked out a few artichoke recipes and sent them over.

Within minutes, literally minutes!, I received a reply from the food editor that he would like to do an article on the yummy thistle and showcase a few of my recipes. Great! Gone are the days of waiting for weeks to get a response on a submission.

A few days later he sent an email saying that he had a few questions for me. A few questions turned into a full-blown interview. And a day after that the staff photographer called and wanted to come over and shoot a few photos of an artichoke dish. Ummm...that would be great, but I was out of town; and the evening I returned, he flew out of state. So, he asked if I wouldn't mind sending over a few high-res photos of an artichoke dish. At first I looked through old photos of my recipes. But I had some leftover roasted salmon from Jake's fishing trip and decided to whip up some salmon-artichoke cakes with caramelized leeks and kale. 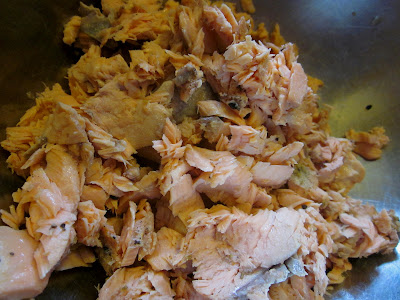 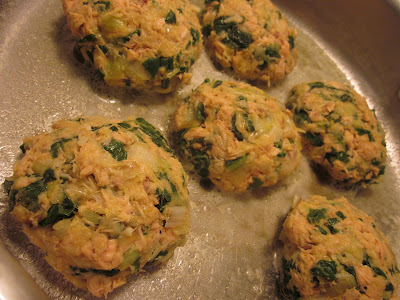 Procedure
Mix everything together in a large bowl. Press palm-sized balls to form patties. Cook in a large flat-bottomed pan, in a pat of butter and a splash of olive oil, until the cakes are nicely browned.

Serve with a sprinkling of fresh dill and a slice of lemon. 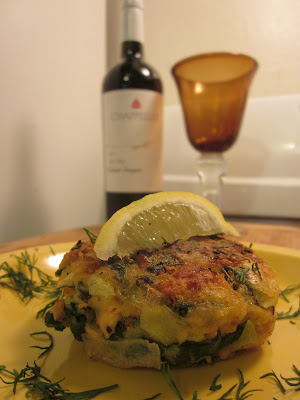