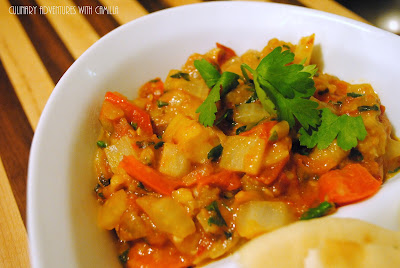 This month the Italian Food, Wine & Travel - #ItalianFWT - blogging group is traveling to Calabria. Follow along the journey with my fellow #ItalianFWT bloggers.  You can also chat with us live this Saturday morning at 11am EST on Twitter at #ItalianFWT.  Hope to see you there! 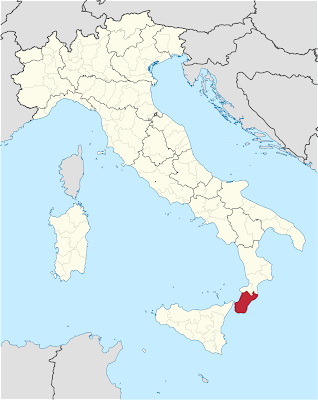 Calabria is a region in Southern Italy and forms the "toe" of the Italian Peninsula. It is bordered to the north by the region of Basilicata, to the west by the Tyrrhenian Sea, and to the east by the Ionian Sea.

I spent one evening in Calabria as a stop between our adventures on Ustica, off the coast of Sicily, and the Amalfi Coast. I regret to say that I wasn't paying too much attention at the time. I collapsed in our room after a walk from the train station, woke to find a place to eat dinner, drank too much red wine, and went back to the hotel to catch a few zzzzzzs before going back to the train in the morning. I will have to return to Calabria one of these days.

The Other #ItalianFWT Offerings...


In the Glass...
This month has been crazy. Along with the mayhem and my poor planning, I found myself without a Calabrian wine to pour. Boo! But I plan to hunt one down soon as I am intrigued by the regional red Gaglioppo. 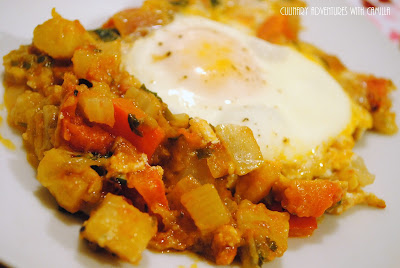 I had initially planned to make Costolette D'Agnello Alla Calabrese, Calabrian-Style Lamb Chops. But Martin at Enofylz Wine Blog was already making that dish...and he had already done the cooking and pairing while I had yet to make it to the market. Besides, my procrastination, we try to give our group's readers some variety! So, I changed directions and will share my version of that dish another time.

Today, I opted to make a version of ciambotta. Its akin to a caponata but without the agrodolce (sour-sweet) that comes with the vinegar-sugar syrup in a caponata. Like caponata, people in Calabria eat ciambotta in many different ways. They might eat it with crusty bread or as a contorno with grilled meats or sausages. They might also eat it topped with eggs and grated cheese. Che squisito!

Also like caponata, making ciambotta is more of a process than an actual recipe. Measurements are not crucial as, for instance, one more or fewer zucchini will not dramatically alter the dish. Everything softens and melts into a delicious saucy stew.

Fun Fact: Italian food names are often appropriated as colloquialisms. You know if someone is driving too slowly, another driver might shake a fist at the slow-poke and holler "Polenta!!" Ciambotta is similar. If someone gets confused and tells a story wrong, a Calabrese might apologize and exclaim that they have made a "grande ciambotta" (a huge mess).

This dish is a big, delicious Calabrese mess. 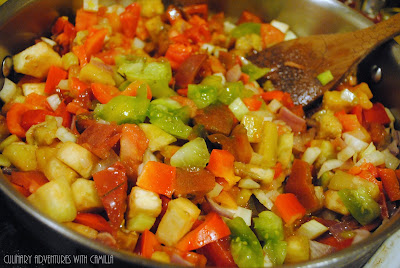 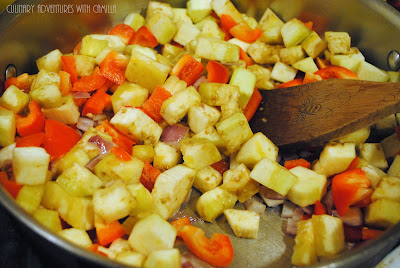 Procedure
Cut the onions, tomatoes, bell peppers, eggplant, and potatoes into cubes. In a large, flat-bottom pan, cook the onions in a splash of olive oil over medium heat until softened, approximately 5 to 8 minutes.

Add the eggplant, and potatoes and cook until the eggplants are softened. Add the tomatoes and bell peppers. Cover and cook, stirring occasionally, until the potatoes are very tender, approximately 30 minutes. Add water if the mixture seems too dry. Season to taste with salt and pepper. 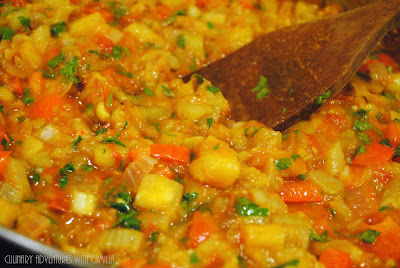 When the ciambotta is done, remove it from the heat and stir in the basil and parsley. Serve hot or at room temperature. I poached some eggs in the ciambotta for a quick and easy dinner.
Posted by Camilla M. Mann at 9:30 PM