All of the recipes I found for Tave Me Presh actually had very few ingredients and were seasoned with only "red pepper, salt, and pepper." Since I couldn't figure out if they meant 'red pepper' as in red bell pepper, or as in paprika, or as in spicy chili flakes, I decided to go with the process of making Tave Me Presh - sauteeing then baking - but added a few more Mediterranean flavors.


Preheat oven to 350°F. In a rectangular baking dish, spread out the sliced fennel and sprinkle it with the dried oregano. 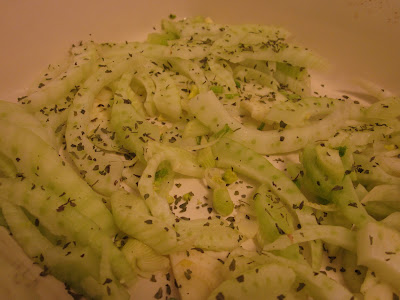 In a splash of olive oil, saute the sliced onions and ground beef until the the beef is cooked through and the onions softened and transparent. Season with freshly ground pink Himalaya salt and flower pepper. Scoop this mixture into a layer on top of the fennel. Sprinkle with fresh thyme. 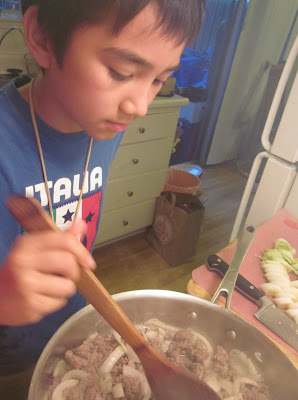 Sauté the leeks in a little oil till they begin to soften. Add the chicken broth and tomato sauce, bringing that to a boil. Pour the leaks and sauce into the baking dish. Cover and bake for one hour. 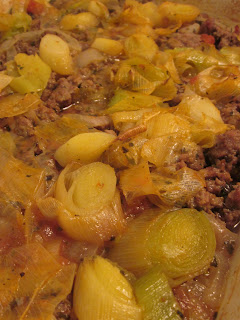