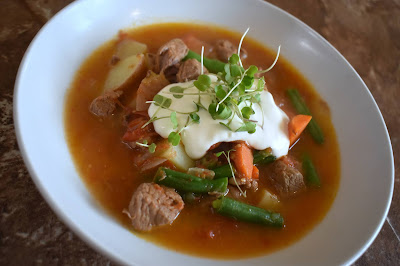 Here we are at the final #EattheWorld event for 2020. What a year this has been! This challenge has been one that gave us some excuse for virtual travel as we've been sheltered-in-place with the coronavirus epidemic for most of the year. So, we've been able to read about different parts of the world and create a dinner, or at least a dish, with that cuisine.

This Eat the World project is spearheaded by Evelyne of CulturEatz. Read more about her challenge. This month, Evelyne had us heading to Hungary. But, before we get to that collection, I just wanted to recap where we've been this year. Click on my recipe title to go to the original post...
The Year in Review 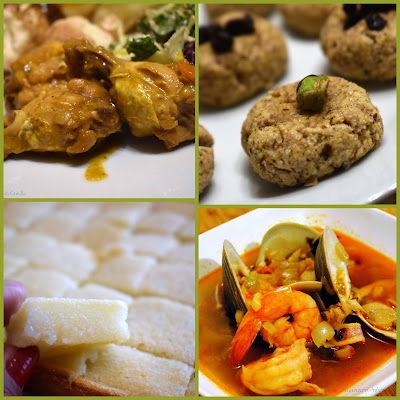 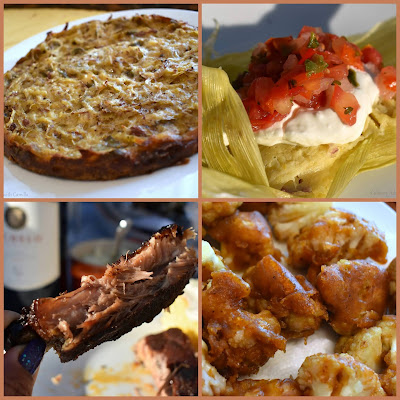 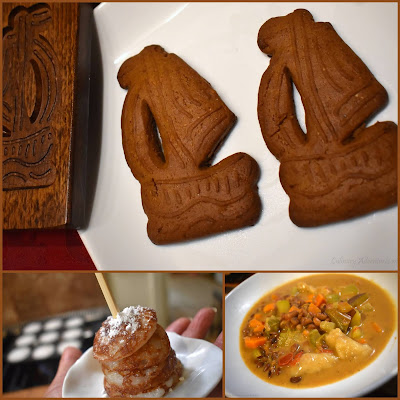 And, now, here we are in December with a variety of recipes from Hungary. Here's what the group is sharing this month...
A Feast from Hungary 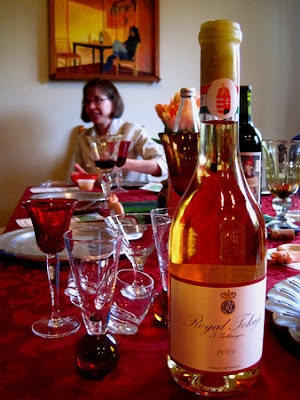 I have never been to Hungary, but I did pick it as a theme for one of my best friend's birthday dinners a decade ago. Wow. It doesn't seem that long ago, but it was and it was delicious. We toasted with Royal Tokaji Aszu wine. Pronounced toh-KAY ah-SOO, the first Tokaji wine was created by accident in the 1600s from a harvest that was delayed by the threat of enemy invasion. 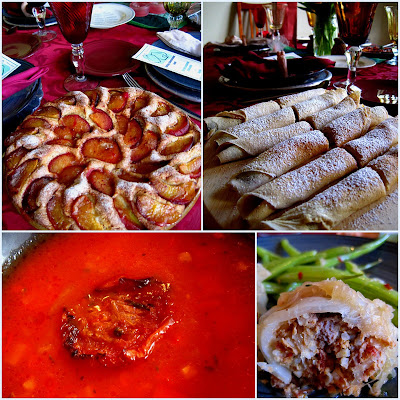 And I will have to rewrite these posts one of these days, but we had Paradicsomleves (Tomato Soup), Palacsinta, Hungarian Crêpes; Sorma (Cabbage Rolls); and Gwetche Kuchen (Plum Tart). 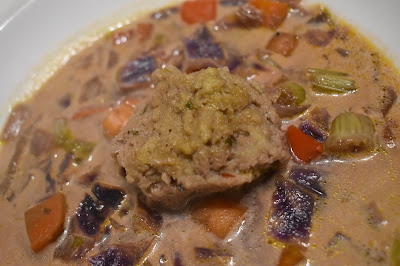 I wanted to try a new-to-us recipe and attempted Hungarian Semolina Dumpling Soup (Grízgaluska Leves) which was disastrous. I will try it again soon and stick closer to a real recipe. It was the middle of the week and I was trying to use what I had instead of heading to the store. Too many substitutes ended up in a wreck of a meal!
Lamb Soup With Sour Cream (Palócleves) 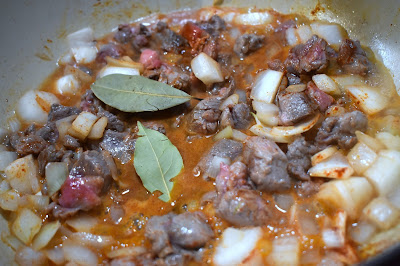 Palócleves is a traditional Hungarian lamb soup. Made with lamb shoulder, onions, garlic, paprika, and potatoes, it is typically seasoned with salt, pepper, bay leaves, and dill. Then it's served in big bowls with an extra dollop of sour cream on top.

Ingredients
Procedure
Heat olive oil in a large pot. Add in lamb and cook until browned on all sides. Stir in the salt, pepper, and paprikas. Add in the onions and bay leaves. Then pour in the water and/or stock and bring to a boil. Reduce heat to a simmer and cook for 2 hours. The meat should be tender enough to be cut with a spoon.

Stir in the onions, potatoes, celery, and carrots. Return the soup to a simmer and cook for an hour. Fold in the herbs and green beans. Simmer for another 30 minutes.

If serving immediately, serve hot. However, it is much better if you let the soup sit overnight for flavors to meld properly. Reheat and serve with the garnishes - a large dollop of sour cream and herbs or microgreens on top. 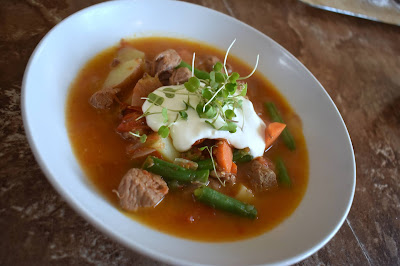 Well, that's a wrap on our 2020 #EattheWorld series. I hope you've enjoyed the virtual travel by tabletop. I can't wait to see what she has in store for us in 2021. Stay tuned...